Top 5 Best and Worst Places to Pokemon Go In Mississauga 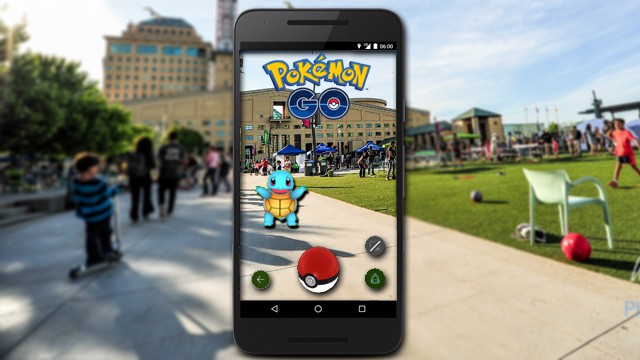 Unless you’ve been living under a Rock-type Pokemon, you’re probably well aware of the viral video game craze that’s captivating smartphone users in Mississauga and beyond.

Pokemon Go uses augmented reality (AR) and your phone’s GPS to bring the world of Pokemon to real life. Players walk around to find or lure out and catch wild Pokemon hiding all over the city, then train them/collect items at Pokemon gyms and Pokestops: special designated areas such as schools, parks, and churches among many others.

The app was created by software development company Niantic in collaboration with The Pokemon Company. It started as an April Fools joke in 2014 when Google hid random Pokemon all over Google Maps, and Niantic began to consider if an actual game could come of the idea.

As with many other communities all over the world, Mississauga citizens are really getting into the hype. Discussion of the game is rampant on online forums, and a Reddit thread and Discord chatroom have been created for players in Mississauga/the GTA to meet up and enjoy the game together.

If you’ve made it your mission to catch ‘em all, then you might want to know the best (and on the flip side, the worst) places to play Pokemon Go in Mississauga. Here’s a little list that might come in handy!

Not only are there lots of Pokestops near the park, but players have been successful in finding and catching Pokemon here as well.

Reddit user Pinky0181 has supposedly had a lot of luck finding items along Lakeshore, due to the abundance of parks acting as Pokestops.

Players have reported a large number of Pokestops in the Port Credit area as well, especially near the lighthouse. Just try not to walk off the pier while you’re there!

The Square is another great place to collect items and hang out with fellow players. Keep in mind that Ribfest is this weekend, however, so the area may be a little too hectic to play in.

The mall and area around it is an obvious hotspot for Pokestops due to the large number of shops and landmarks. Not only is it good for collecting items, you might be able to meet and chat with fellow players while you’re at it.

5. Upper level of Square One

You should ultimately be wary of playing in any location with stairs or escalators heading down. If you’re completely concentrated on catching that Pokemon you may find yourself taking a nasty trip, so stay aware of your surroundings!

The same logic applies, of course. The Port Credit area is a great place to play, but unless you’re taking a more “real” approach to finding Water-type Pokemon, it’s advisable not to walk off the pier while playing.

The art gallery can be a valuable Pokestop if you’re playing from outside, but once you’re inside it’s nice to have a certain level of respect for the exhibits and the people running the gallery. The same applies to places like history museums and heritage buildings.

This, along with any other busy road or intersection, is a big no-no when you’ve got your eyes on your phone. Police in other cities have already had to warn the public about traffic while they play the game. Stay safe and put the phone away when you’re crossing the street.

More commonly known as your place of work, no matter what that may be. While the game can be very addictive, not everyone is going to be okay with you playing it at any time of the day, and that probably includes your boss.

Are you aware of any other good or bad places to play the game? Feel free to share them! Your information could be very valuable to other players in Mississauga’s Pokemon Go community.

Stay safe while you play and happy catching!