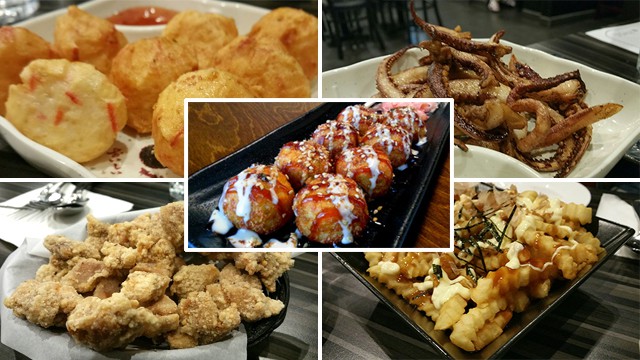 Asian snack food joints are havens for young people in Mississauga who want to enjoy some board or card games over truly delicious and unique app-style entrees and desserts. The dishes you can find at these cool and contemporary Asian restos range from basic (but delicious) chicken wings to flavorful fried squid balls. Some of these places offer menus that are about as long as the Oxford dictionary, so there will always be something for everyone.

Here are the top 5 Asian Snack food joints in Mississauga

Koo Koo Chicken is located in the No Frills plaza at Creditview and Bristol. It specializes in Taiwanese-style fried chicken and has one of the best logos I have ever seen. First off, any place that has bubble tea as the drink option for your combo is awesome. When you come in, you have to order at a counter and then take a seat that they sort of assign to you (or at least that’s what happened to me!). The girls at the counter were very friendly and patient, as this was my first Koo Koo experience.  We ordered the Chicken Steak Combo, which included a chicken steak, fries and bubble tea. They made the Taiwanese-style fried chicken as soon as I ordered — no hot lamps here! The combo was better than I expected. As you can see from the picture above, they give you a basket full of chicken and it is absolutely delicious. There’s already so much flavour, but they also give you the option of sprinkling extra spices on your chicken, such as curry, pepper and one simply called Spicy. Surprisingly, the chicken wasn’t that greasy. The fries were good and the taro bubble tea with tapioca made it a perfect combo.

What you need to try: Chicken steak and bubble tea 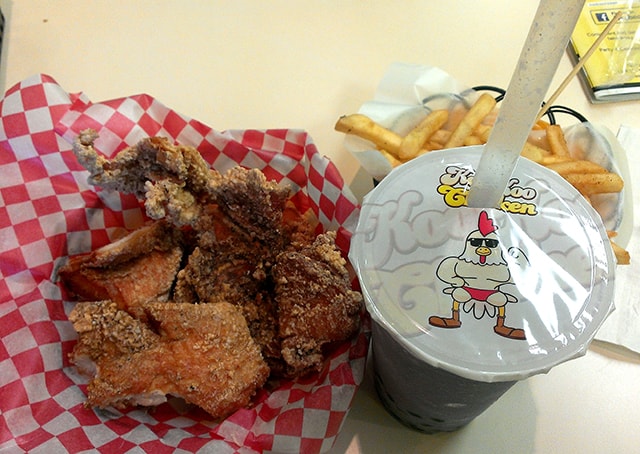 B’s Sizzling Kitchen is an independent resto hidden on a commercial side street near Pearson International Airport. It truly is a gem of a find and that specializes in Filipino fusion cuisine and blends traditional Filipino dishes with North American and Asian flavours. Think California Filipino fusion food truck meets quaint Filipino karaoke bar. While other ethnic cuisines have made it into the mainstream, Filipino cuisine really hasn’t taken off and takes a back seat to other Asian cuisines such as Chinese, Japanese, and Indian – something that the husband and wife duo behind B’s Sizzling Kitchen want to change.

What you need to try: Sisig Fries – Fries topped with minced pork mash and a special sauce. 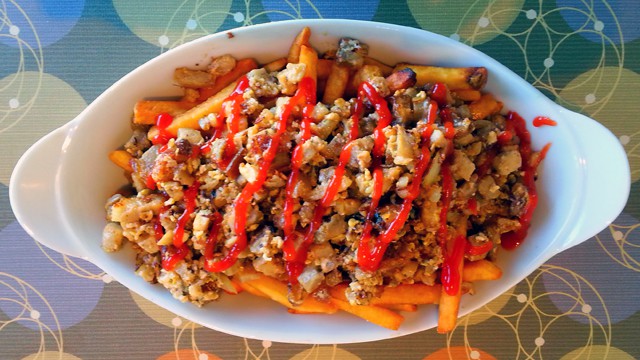 This might be the loudest one. With two locations in Mississauga, Bubble Republic Tea House is a really popular choice for both bubble tea and chilling. It’s a busy brand, with one resto located at Eglinton and HWY 10 in the Toys R Us plaza and the other at Creditview and Burnhamthrope. They boast a large variety of milk and fruit-based drinks and some cool ones like oatmeal smash (as seen below). They also have a kitchen for some hot food if you want to grab some fried chicken or a rice dish.

What you need to try: Popcorn fried chicken 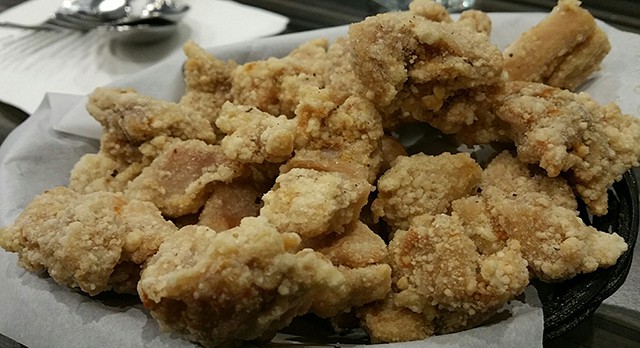 Green Grotto Tea Room is a new bubble tea spot hidden in the Grand Park Plaza along Burnhamthorpe, just east of Mavis. The independent tea room prepares authentic bubble tea using traditional tea brewing methods that you can taste with your first sip. It also offers Taiwanese hot meals. Other perks include free Wi-Fi, chill tunes and a reading lounge with Asian specific magazines such as Vivi, Muse and Mina that feature anything from the arts and culture scene in Hong Kong to the fashion scene in Japan (these typically cost an arm and a leg to subscribe to). The bar staff traditionally prepares batches of loose leaf green, black and oolong teas multiple times a day for the 50+ tea drinks on the menu.

What you need to try: Deep fried squid balls 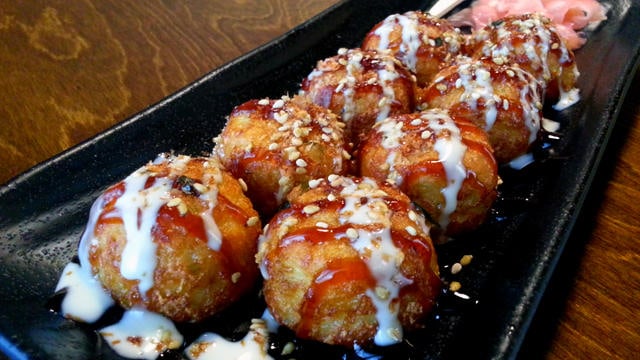 What you need to try: Lobster Balls 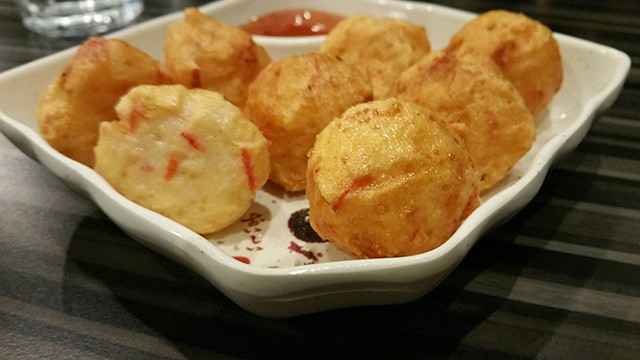