Top 5 1980s Mississauga restaurants we wish it had back 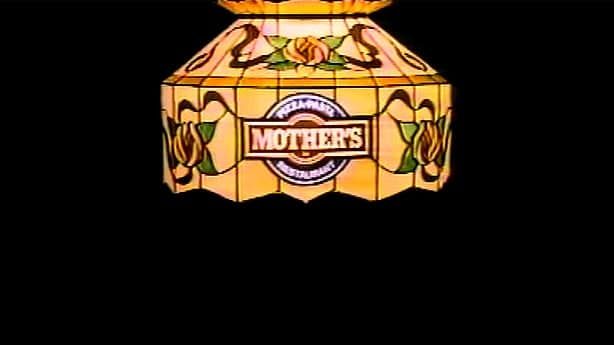 Back in the day, Mississauga was home to a lot of popular restaurants that had real character.

We remember going to these places as a kid and the fond memories have been forever ingrained in my mind of that pizza or kitchen sink dessert.

Here are the top five 1980s old school restaurants that are no longer in Mississauga:

The Olive Garden in Mississauga was located in a building directly in front of Square One where the Ruth’s Chris formerly was. As a kid going in there, I thought the Italian food was delicious and I loved the cheesy garlic sticks they used to give out for free. What did I know about good Italian cuisine at the age of 15? Nothing. I later found out it wasn’t very good and all the Ontario locations closed in the early 2000s. That bread was good though. There’s no shame in missing it.

The home of the $0.09 chicken wings. To put into perspective how good that deal was, think about the fact that you could literally get 100 wings for under $10. It was located on Cawthra Road just north of Queensway and was a very popular place to catch sports throughout the 80s. Another location opened directly across the street (which was weird) and there were other locations across the GTA. By the early 90s, the competitive market for sports bars killed CC’s and the home of the cheapest wings ever!  RIP.

Ponderosa offered affordable steaks, baked potatoes, an all-you-can-eat salad bar, coconut cream pie and mushroom gravy smothered fries and so much more. The Mississauga location was on Dundas between Dixie and HWY 10. It had a Cowboy-themed atmosphere with saloon doors, stag horns, wood walls and red and white checkered table clothes. It was a popular birthday destination in the 80s, owing to the group-friendly prices, kid-friendly zones and Ponderosa birthday hats. After a massive expansion — which saw over 40 locations arise in Ontario (22 in the GTA alone) — the chain was crippled by the 1982 recession. The economic downturn forced parent company Foodex Inc. to sell most of their locations to Pizza Hut. This building still stands today in 2022. 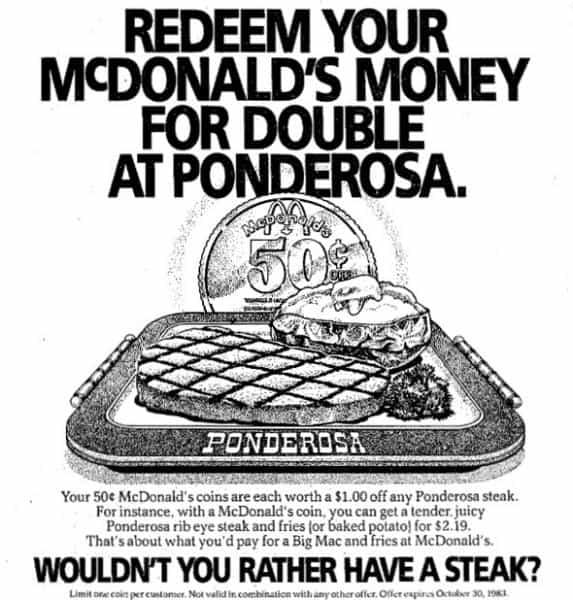 If you were a kid playing minor league hockey in the MHL in the early to mid 80s, you definitely had a hockey banquet at Mothers Pizza. Not sure why every single hockey banquet was there, but as a kid I loved it. Mother’s Pizza, located on Dundas between Tomken and Dixie, was a great old-school Italian family restaurant even back then because of the1920s-style décor with wood and decorated glass, Tiffany lamps, red and white gingham and black and white silent films playing on screens all around the restaurant. You can’t say it wasn’t memorable. At one point, even Blue Jays’ Ernie Whitt, Lloyd Moseby and Cito Gaston invested in Mother’s (there were even “Ernie Whitt Specials”) and helped market it along with Duel dodger Dennis Weaver! By 1989, Mothers had gone into receivership and was bought up by Little Caesers, who got rid of Mothers style and helped usher in the era of cheap pizza.

Lime Ricky’s was located at the Sussex Centre. It was a 50s style diner that had jukeboxes in every booth. There was an area called the Fountain where all the desserts were made (including the mother ship of desserts known as “the Kitchen Sink)”. The Kitchen Sink had 16 of everything. It boasted 16 scoops of ice cream and was coated in everything from Kit Kat pieces to Smarties. It was doused in candy until the huge glass container could not take anymore. This was the place to be in the late 80s and it always had a waiting list on Friday and Saturday nights, even though it was absolutely massive. Back then they had three locations, including one in the Eaton Centre. Although initially very successful, times changed. All Lime Rickey’s restaurants closed in the early 90s. 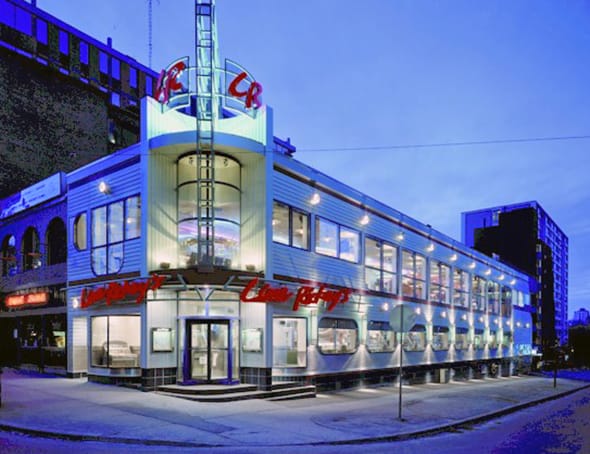