Back in the early 2000s, it wasn’t uncommon to hear warnings about the ongoing condo boom in Mississauga and surrounding cities.

“They’re over saturating the market,” they said.

Now, in 2018, it doesn’t look like the condo market experienced the dreaded crash that naysayers insisted developers were tempting with every new build.

As low-rise home prices have gone up, so has demand for more affordable condo units, which have become the new “starter home” in many corners of the GTA.

“This has all contributed to steady demand for units - but some buildings are appreciating in value at a faster clip than others,” Zoocasa says.

To identify which Mississauga buildings fetch the most for a unit, Zoocasa analyzed sales in over 100 developments in the city, where at least five transactions had taken place, and averaging the square foot based on TREB sold data for the 2018 year to date.

Here’s a look at the priciest buildings: 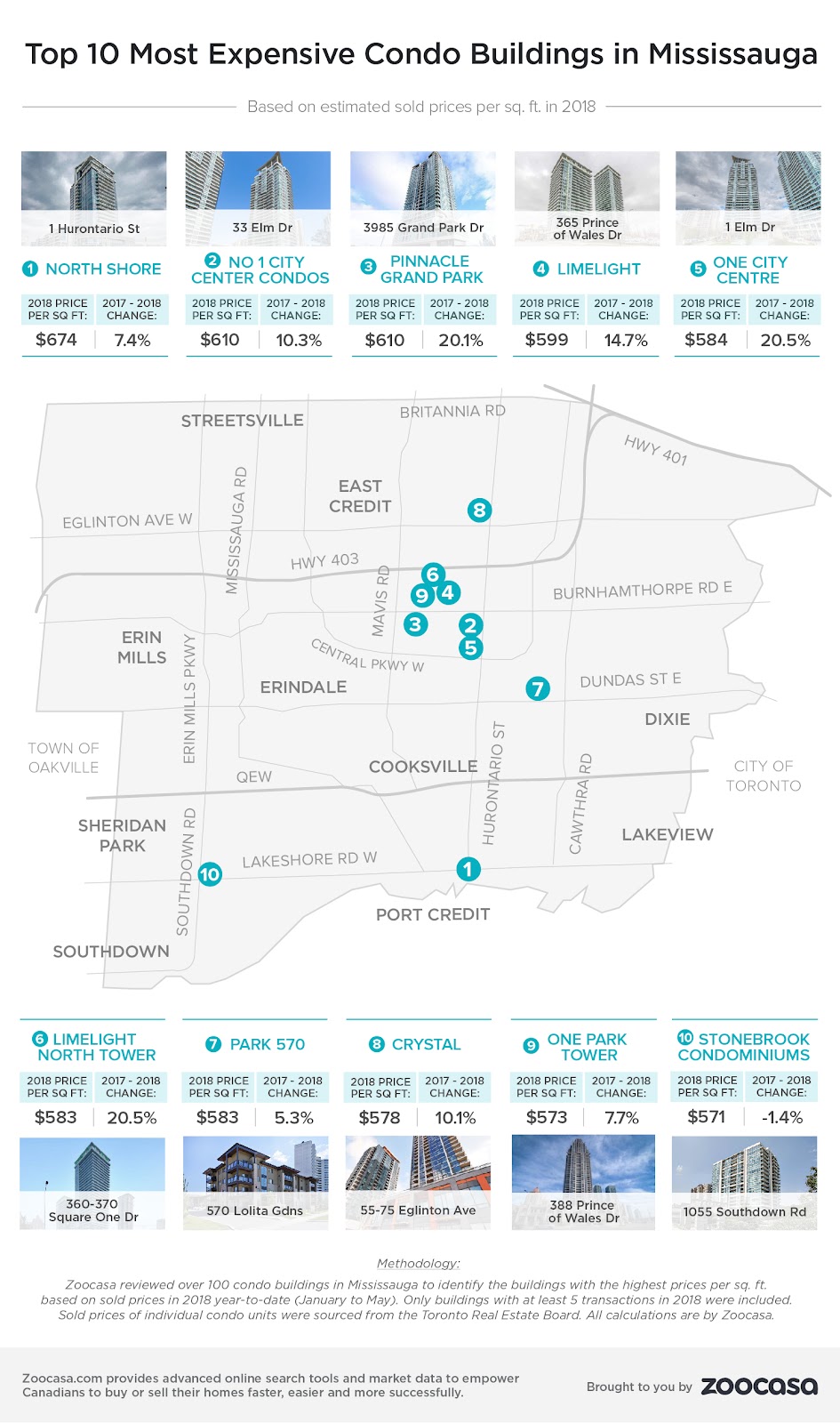 Naturally, some of the most expensive buildings—North Shore, Number 1 City Centre Condos, Pinnacle Grand Park and Limelight—are centered around Square One.

According to Zoocasa, units in these buildings can cost up to $674 per sqaure foot.

“Immediate takeaways from the data is that the most expensive buildings are largely clustered around the Mississauga city centre, with a few closer to Lake Ontario,” Zoocasa says.

“None of the buildings were located north of Eglinton Avenue. In addition, the buildings skew newer, with the oldest one having been registered in 2004, and the majority after 2012.”

So there you have it—if you’re looking for a more affordable unit, you might have better luck with a more mature building outside of the Square One area.