Tokyo Olympics will go as planned, angering some Canadian athletes 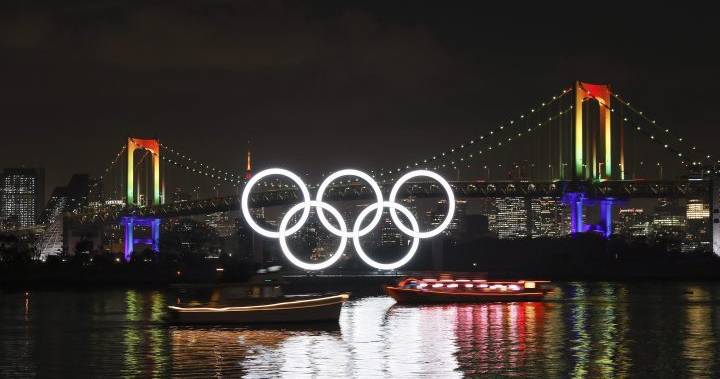 The International Olympic Committee reiterated that the Tokyo Games will go as planned on Tuesday, despite a sports world that has screeched to a halt.

Amid the COVID-19 pandemic that continues to cut a swath across the planet, some Canadians called the IOC’s message tone-deaf.

In a lengthy post on Twitter, Canadian women’s hockey star Hayley Wickenheiser said no-one can know at this point whether the Olympics will or should be cancelled.

“To say for certain they will go ahead is an injustice to the athletes training and global population at large,” said Wickenheiser, a six-time Olympian and member of the IOC Athletes Commission. “We need to acknowledge the unknown.”

In a communique released Tuesday, the IOC said it remains “fully committed to the Olympic Games Tokyo 2020, and with more than four months to go before the Games there is no need for any drastic decisions at this stage; and any speculation at this moment would be counter-productive.”

But as the novel coronavirus outbreak continues to wipe out Olympic qualifying events, shut down training facilities, and close borders around the world, there are countless question marks around the Games, which are scheduled to open July 24.

“From an athlete perspective, I can only imagine and try to empathize with the anxiety and heartbreak athletes are feeling right now,” Wickenheiser wrote. “The uncertainty of not knowing where you’re going to train tomorrow, as facilities close and qualification events are cancelled all over the world would be terrible if you’ve been training your whole life for this.

“BUT — the crisis is bigger than the Olympics. Athletes can’t travel plan. Sponsors and marketers can’t market with any degree of sensitivity. I think the IOC insisting this will move ahead, with such conviction, is insensitive and irresponsible given the state of humanity. We don’t know what’s happening in the next 24 hours, let alone the next three months.”

The Canadian Olympic Committee sent an open letter to its athletes on Tuesday night saying the organization supports the move by the IOC and hopes for the Olympics to proceed in July, “but our hope needs to be put in context.”

“We do not know what will happen in the next 24 hours, no less the next four months, and that is the reason there need not be a definitive decision today about any changes to the plans to hold the Olympic Games,” said the COC letter.

In its statement, the IOC encouraged athletes to continue to prepare for the Games. Easier said than done, though.

In track and field alone, the first three meets of the prestigious Diamond League series have been cancelled, along with traditional season-openers in the U.S. such as the Florida Relays and Penn Relays.

“It’s kind of like unfathomable right now to be honest … end of June we all want to be in the shape of our lives so we can get on this team, which we don’t even know is actually going to be a thing,” Canadian triple jumper Caroline Ehrhardt, whose husband Taylor is a decathlete, said in a phone interview.

“Of course I don’t want to outright say that I want to see the Olympics postponed because obviously that’s going to have a lot of repercussions … there’s a lot of people who have already qualified and have worked their entire lives for this.

“But at the same time, I don’t think it’s ridiculous to say that if there’s no meets leading up to the trials to actually qualify — and right now nobody even has the opportunity to train — I don’t think it would be the worst thing in the world if they were postponed.”

“No-one knows what will happen in the short or long-term, but we do still have some time, so while we do, lets plan for the best and re-access if needed,” Lakatos said in a direct Twitter message to The Canadian Press. “All athletes are in the same situation, it’s not ideal, but it is fair. Para/Olympians are used to dealing with uncertainties and challenges, and we will overcome this as well.”

The IOC’s statement comes the same day Japan’s soccer federation announced Kozo Tashima, the vice-president of Japan’s Olympic Committee, had tested positive for coronavirus, which has infected more than 180,000 people around the world and killed more than 6,500.

Japanese Prime Minister Abe Shinzo said he wants the country to host perfect Olympics and Paralympics “as proof that the human race will conquer the new coronavirus.”

But track athlete Charles Philibert-Thiboutot echoed Wickenheiser in saying the IOC’s messaging in these unprecedented times aren’t well-received. Philibert-Thiboutot, one of Canada’s premier middle-distance runners, said his thoughts were with small business owners and others struggling.

“Those people are the ones that are really taking a beating,” he said. “When you’re aware of that, all these people that have businesses, people who will be laid off … and then the IOC is just kind of like, ‘We’re still going to have the Games,’ I just think it’s insensitive at this point.

“There are things much greater than that. And for the health and safety of anyone, I don’t think it’s very considerate on their part. (Athletes) are struggling, but there a lot of people out there struggling more than we do.”