To Card or Not to Card in Mississauga? 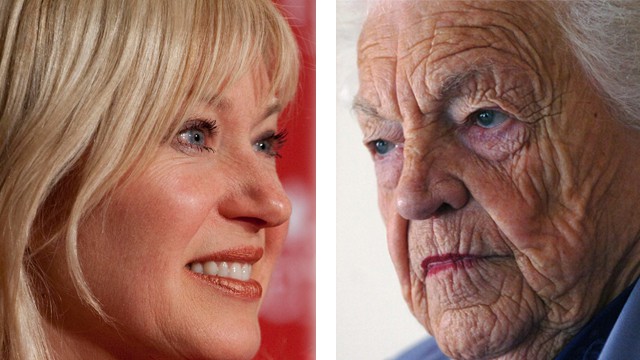 A few short days ago, we would have declared Mayor Bonnie Crombie and former mayor Hazel McCallion philosophical twins. The two leaders have been in step with one another ever since Hazel endorsed Crombie’s mayoral run — an unexpected move that prompted Crombie’s more modest numbers to skyrocket past fellow frontrunner Steve Mahoney’s in the lead up to the city’s first genuinely significant municipal election in literal decades. To be fair, the pair probably had a lot in common — politically, at least — prior to the endorsement.

Now, a year into Crombie’s largely scandal-free term, the leaders seem to be parting ways on a key sociopolitical issue — carding.

Bonnie Crombie’s young reign has been, for the most part, a fair one. Sure, there have been disagreements and altercations between the mayor’s office and some residents (namely regarding a mosque in Meadowvale), but her mayoralty has been mostly peaceful. It might be fair to say that Crombie has kept that peace, in large part, by doing little to upset the status quo put in place by the previous mayor.

In fact, Hazel often appears alongside Crombie at city events.

To be fair, it makes sense for Crombie to evoke images of Hazel and maintain her vision. McCallion was elected decisively for over 30 years and is not just a beloved politician; she’s a local (maybe even international) legend.

Despite looming infrastructure challenges, McCallion ran a tight (if too near-sighted) ship populated by happy (for the most part) crews and passengers for years. Cleaving to the iconic mayor’s image and policies does make sense, but there will come a time when a more critical and progressive approach must be taken and it looks like Crombie is taking it now.

Because when it comes to random police checks, Crombie and McCallion seem to have parted ways.

An anonymous source recently reached out to insauga.com to chat about some remarks the former mayor made at a Mississauga Rotary Club luncheon. The Rotarians invited McCallion to the holiday lunch at the Mississauga Golf and Country Club and the former mayor spoke to attendees about such pressing (and timely) political issues as the Syrian refugee crisis and carding.

For those who do not know, carding is a controversial tactic employed by police officers to, they say, solve and prevent crime. Currently, Peel police offers are free to stop and question people at random — they don’t need any hard documentation or proof that the people they’re stopping are or were involved in any crime.

It’s important to note that a street check is not a detainment — people being carded are free to go at any time during the encounter.

That said, there’s evidence that the checks are racially targeted and damaging to people of colour, particularly young, black people.

Our source has told us that, at the luncheon, McCallion spoke out in defense of the practice.

McCallion, our source said, insisted that carding should continue, citing an anecdote about how carding helped police solve the tragic Cecilia Zhang murder back in 2004.

While the pro-carding position isn’t a terribly unusual one to take, it is (like its opposite) a controversial one.

Back in September, Peel Police Chief Jennifer Evans announced that carding would continue, effectively ignoring advice from the police board to suspend the practice until it could be more thoroughly reviewed.

Delegates to the board mentioned the harmful racial implications, but the chief was undeterred. According to The Star, Evans defended the practice by citing six anecdotal examples of the effectiveness of carding. According to the same article, data obtained by the newspaper shows that from 2009 to 2014, black people were involved in 21 per cent of the force’s 159,303 street checks in Brampton and Mississauga.

This doesn’t sound unfathomably high until you consider the fact that, in 2011, black people only made up nine per cent of the population in those two cities. According to The Star’s data, black people are three times more likely to be carded than whites.

While Crombie accepted Evans’ decision, she has remained steadfast in her mission to end street checks.

“I was proud to join members of the Peel Police Services Board, including Brampton Mayor Linda Jeffrey; Amrik Singh Ahluwalia; and Norma Nicholson; to successfully pass a resolution recommending the suspension of street checks,” Crombie said in a City of Mississauga press release that was distributed after the meeting.

“When I first called for the review of Street Checks, in June, I did so because I believed it was important that we have all the facts to undertake a thorough review and analysis of this practice, and to have a better understanding of its scope and scale. Following the release of recent data, and the ongoing feedback I have received from the public, I believe there are serious issues about street checks that need to be addressed.”

At the meeting and in the press release, Crombie referred to a statement by departing Ontario ombudsman André Marin that declared the practice unconstitutional and incompatible with the Canadian Charter of Rights and Freedoms.

While community safety is paramount, Crombie and her supporters raise pertinent questions about the detrimental social and psychological impact carding can have on vulnerable communities — especially in an era where clashes between civilians and police are being thoroughly and rightfully examined for racial and discriminatory undertones. At a time when #blacklivesmatter continues to trend as we examine toxic relationships between law enforcement and underprivileged youth, the broader implications of targeting people of colour for “checks” deserve serious examination. Do they keep communities safer, or do they feed and foster distrust between residents and police? Are positive anecdotes about helpful checks enough to inoculate the practice from derision? Is defending carding as useful — but, it seems, largely scientifically and statistically unproven — short-sighted and obtuse at a time when we know tensions between civilians and the police are boiling over?

None of these questions are easy to answer, but Crombie’s approach — one that acknowledges the legitimate damage checks can do to the relationship between police and the city’s young people — is one that’s imbued with more compassion, more nuance and a broader understanding of the need to approach crime differently. Even if someone can walk away from a street check, the fact that he or she has been regarded with suspicion is enough to plant seeds of, at best, annoyance and, at worst, anger and distrust.

It’s interesting that Crombie and McCallion have parted ways on this contentious and challenging issue.