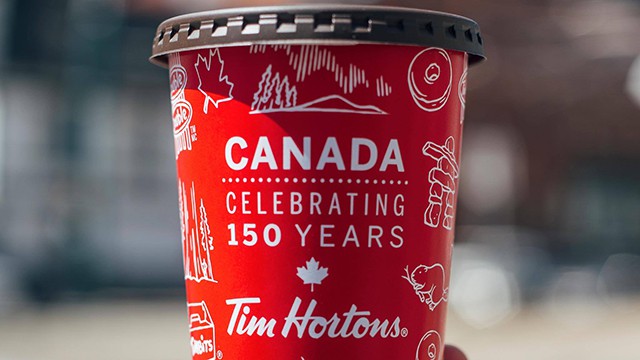 Let’s face it, Mississaugans are always excited by new menu items at Tim’s, and this season, they’ve rolled out yet another batch of must-try items–and just in time to celebrate Canada’s 150th birthday.

Although the brand has a slew of new menu items on offer, the introduction of some sweet treats is particularly exciting. Honestly, I feel like the most important items at Tim’s are the pastries – after all, what’s more Canadian than maple, timbits, or maple timbits?

Speaking of the genius idea that is maple timbits, Tim’s has released maple timbits in celebration of Canada 150.

Even better, they’ve brought back a classic – the dutchie donut.

Among new breakfast and lunch items are a cheese and chive bagel, a marble rye bagel, a turkey jalapeno jack sandwich, and potato wedges loaded with chili and cheese.

In honour of summer, there are two new flavours for the Real Fruit Chill – tropical and mixed berry.

All of these treats are for a limited time only, so try them while you can!