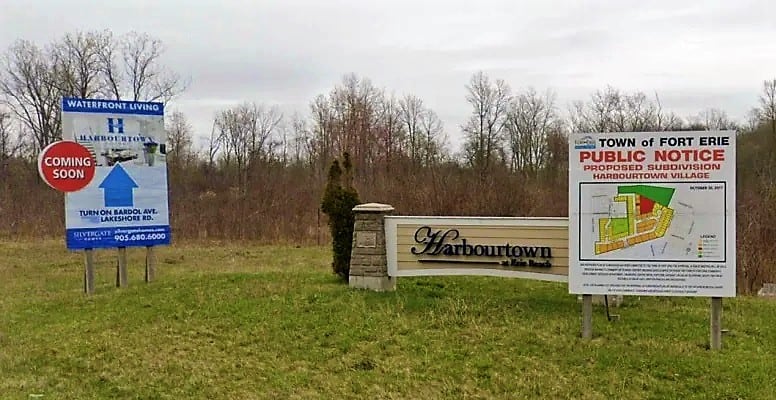 A contentious fight between Fort Erie, a band of the town’s citizens and a developer has come to an end after a Ontario Land Tribunal settlement.

The town and the citizens’ group, Community Voices of Fort Erie were looking to preserves the environmentally protected areas on the proposed Harbourtown Village development property and the connects with Waverly Beach Park.

The three parties reached an agreement that will increase the setback of the proposed apartment, and increase environmentally protected lands while creating three vernal ponds for amphibian breeding.

The closing of the Lakeshore Road entrance was determined to have the greatest archeological and cultural heritage significance.

An enhanced wildlife corridor was also established connecting the northside of the property with the waterfront, allowing the unabated flourishing of animal species of all types. All of these agreed-upon measures will improve conditions for the Fowler’s Toad, Red-headed Woodpecker, and other important wildlife species.

“This resolution protects public values to preserve and protect our natural and culturally significant areas for wildlife to prosper and residents to enjoy,” said Fort Erie Mayor Wayne Redekop.

“Council supports the expansion of the environmental area along the Lake Erie shoreline, while bringing it into public ownership. I’m pleased that an agreeable settlement has been reached by all parties involved.”