Three stabbings and a biting highlight weekend for police in Oshawa 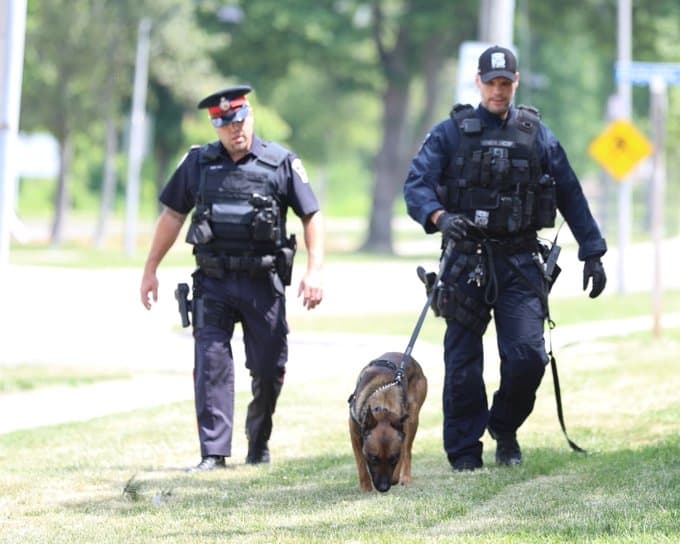 Durham Regional Police were busy in Oshawa over the weekend dealing with a rash of violent stabbings and one incident where an officer was bitten during a routine traffic stop.

On Friday morning police conducted a traffic stop near Simcoe Street and Connaught Street and while conducting their investigation were assaulted by an acquaintance of the driver who had arrived in a separate vehicle. The suspect punched the officer in the face and when other officers arrived to assist they were “punched and kneed in the face.” The suspect then bit one of the officers before he was eventually subdued.

The bitten officer sustained injuries to his arm and was taken to the local hospital for treatment.

On Sunday afternoon police found a 32 year-old man with injuries to his face and neck after a bar fight spilled out to the nearby streets. Police, who are still trying to identify two suspects, learned the man was struck with a beer bottle inside the bar in the Ritson Road and McNaughton Avenue area before being repeatedly assaulted with knives and bricks.

The victim was taken to a trauma centre in Toronto with what are described as non-life-threatening injuries.

Early that morning a 31-year-old man was taken to hospital after being stabbed in downtown Oshawa near King Street and Charles Street.

Police located the male victim with several stab wounds near a pizza store. The male was transported to a Toronto-area trauma hospital with serious injuries. The suspect(s) fled from the scene. The victim remains in hospital in stable condition.

Finally, that afternoon, officers were called to Ritson Road near the Waterfront Trail to investigate another stabbing incident. The victim had been in his home when he got involved in an altercation with the suspect, who stabbed the man before fleeing the scene.

The victim was taken to a local hospital with non-life threatening injuries.

Police are looking for a known suspect.

Anyone who may have information about any of these incidents is asked to contact D/Cst. Bowler of the Central East Division Criminal Investigations Bureau at 1-888-579-1520 ext.2739.