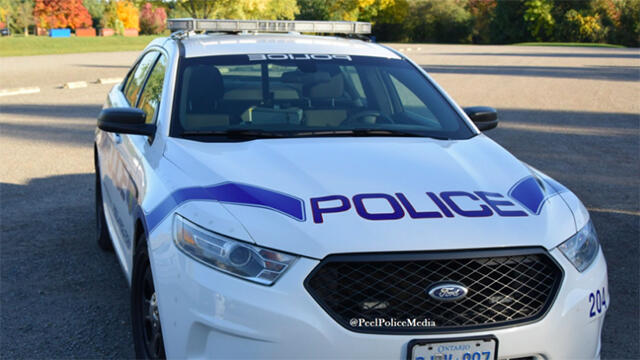 In a Tweet, police say they responded to reports of a collision at Rathburn Road East at Wilcox Road involving two vehicles.

All eastbound and westbound lanes on Rathburn in the area are shut down for the time being as police and paramedics respond to the scene.

One woman has been transported to local hospital with non-life-threatening injuries.

The other incident, police say, involved a motorcycle in the area of Erin Mills Parkway and Folkway Drive.

A woman, who was a passenger on the motorcycle and a man who was driving have been taken to hospital with non-life-threatening injuries.

Both accidents were called in shortly after 5 pm.

CORRECTION: A previous version of this story said that the second incident involved a motorcycle and a car when in fact it was just the motorcycle. Peel Police has issued a correction and this story has been updated with the corrected information.