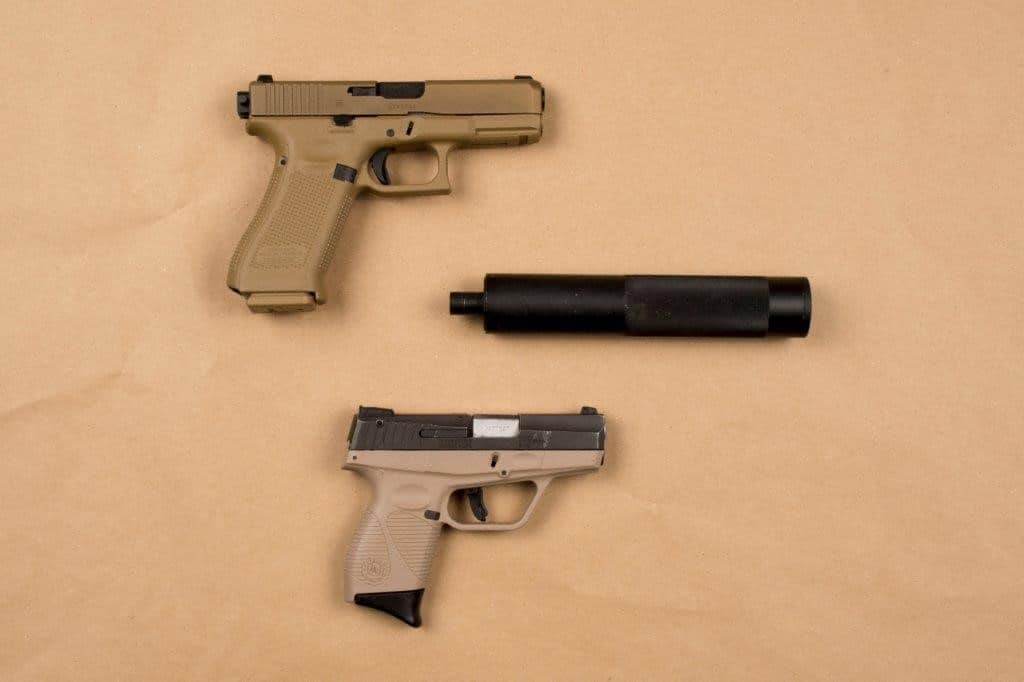 A Mississauga man and a man and women from Brampton have been charged by Peel Regional Police in a drug trafficking operation that led to the seizure of three firearms, more than 2500 rounds of ammunition, cash and more.

Police concluded the drug trafficking investigation into the three men last Friday after executing search warrants in Brampton and Mississauga.

Weapons seized included a loaded Glock 19, an HNIKVP 9mm firearm and a Taurus 709 Slim 9mm Compact along with a silencer, high capacity drum magazine, over 2500 rounds of ammunition and a 16 round loaded magazine.

All three men were held for a bail hearing and attended provincial court on April 3.