Seven Brampton neighbourhoods are in the province’s top 50 for highest COVID-19 positivity this week, with three having over 40% positivity.

Toronto-based research group ICES listed the top 50 postal codes in Ontario with high COVID-19 positivity for the week of Jan. 9 to 15.

Seven are in Brampton: 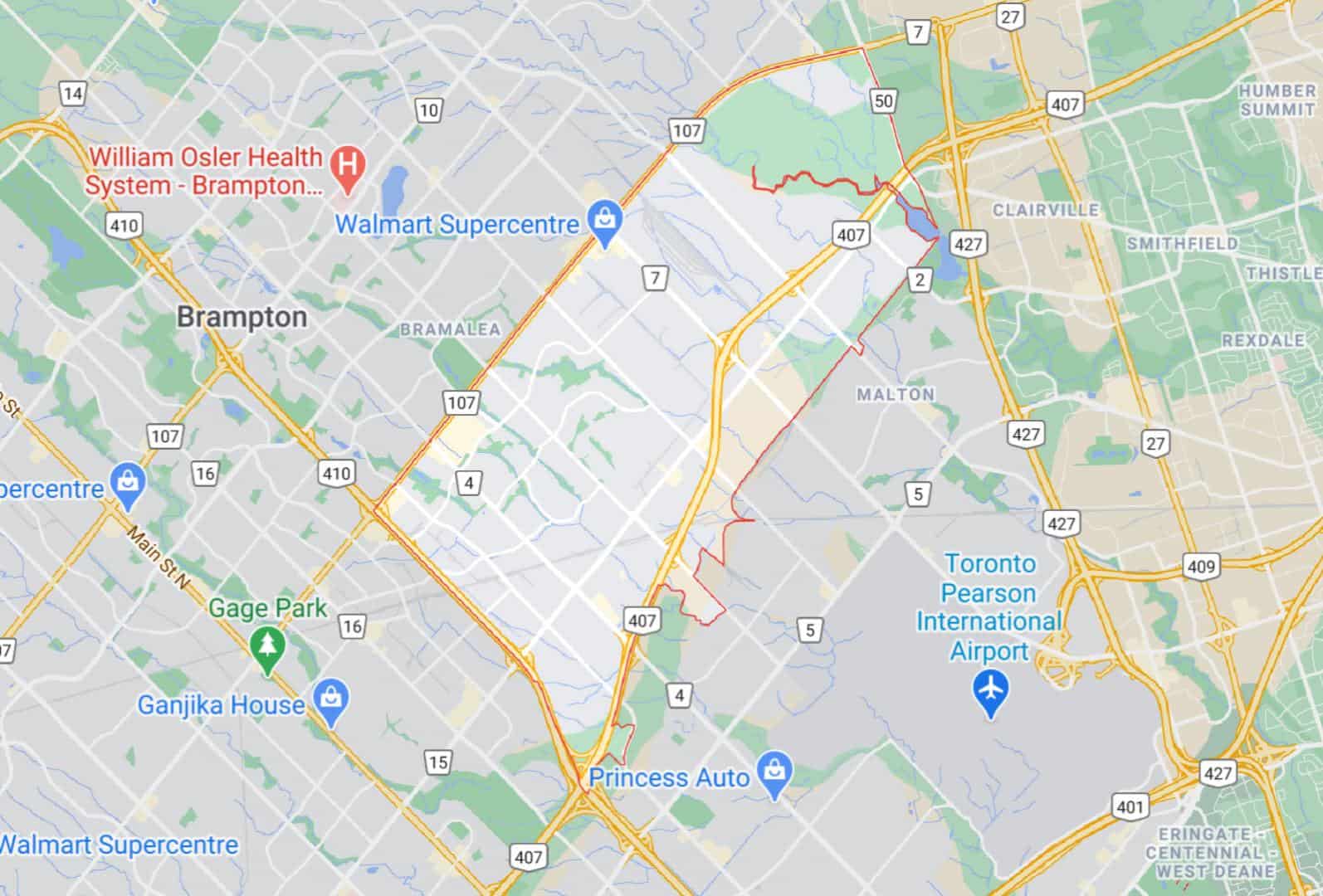 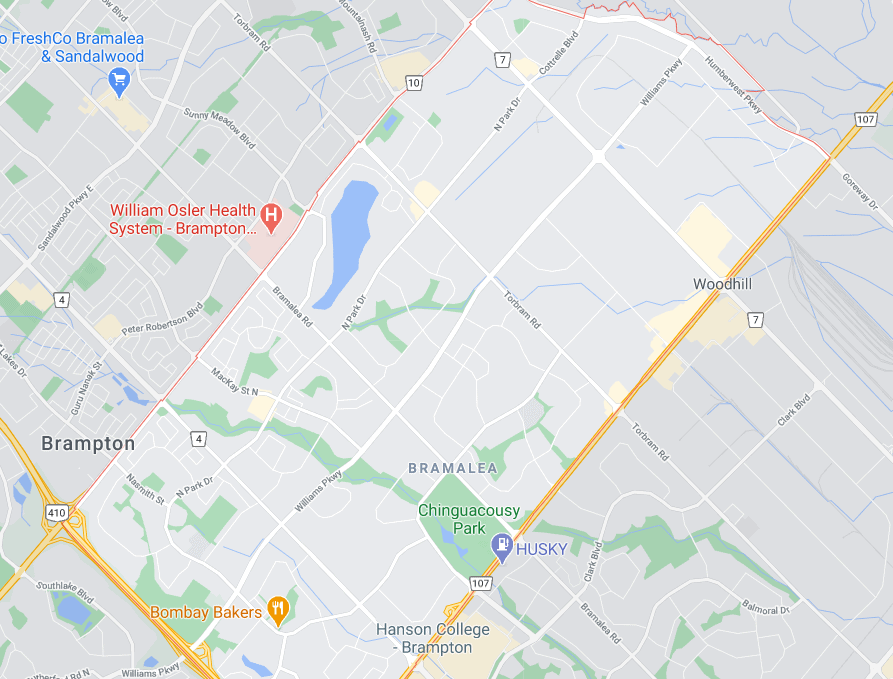 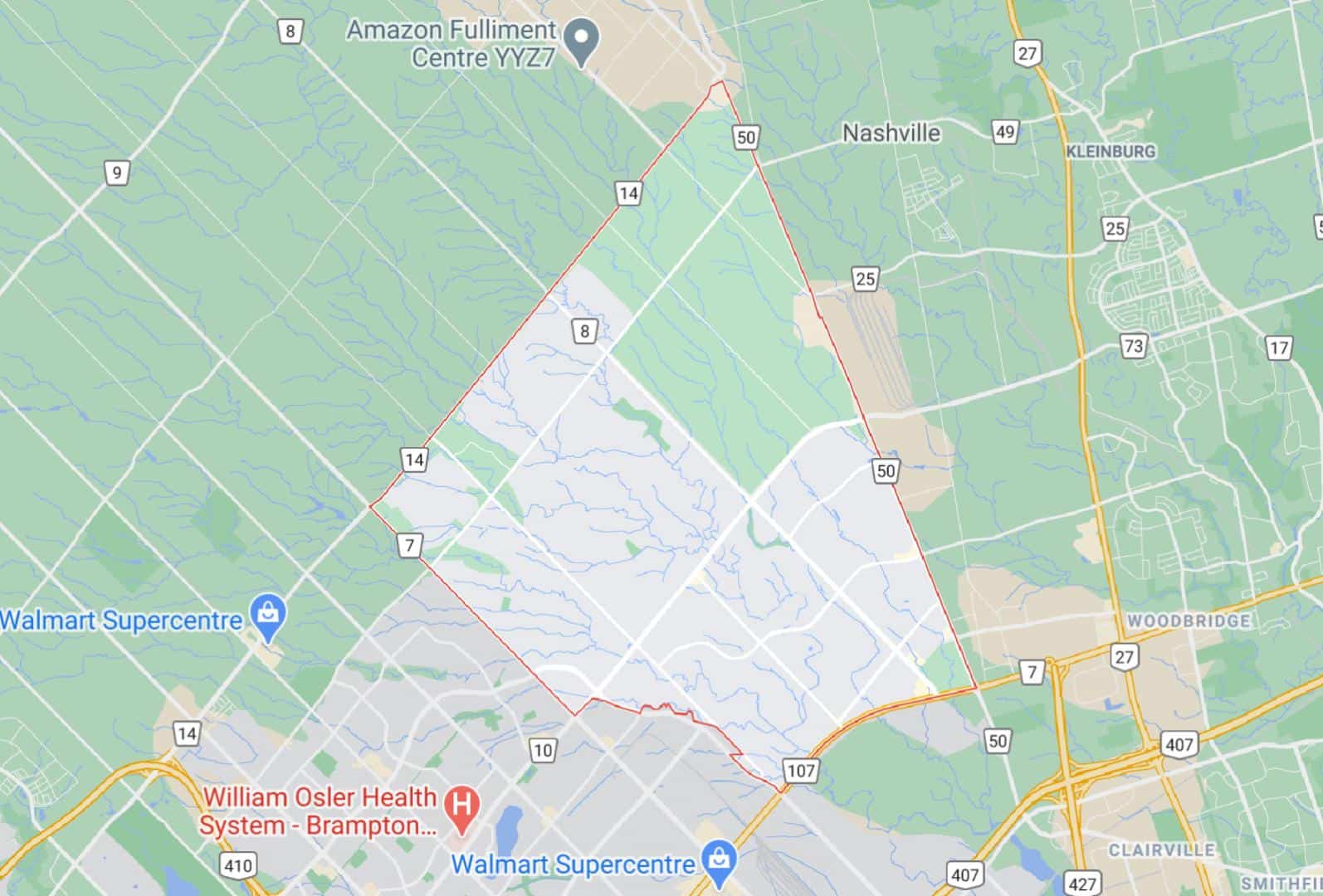 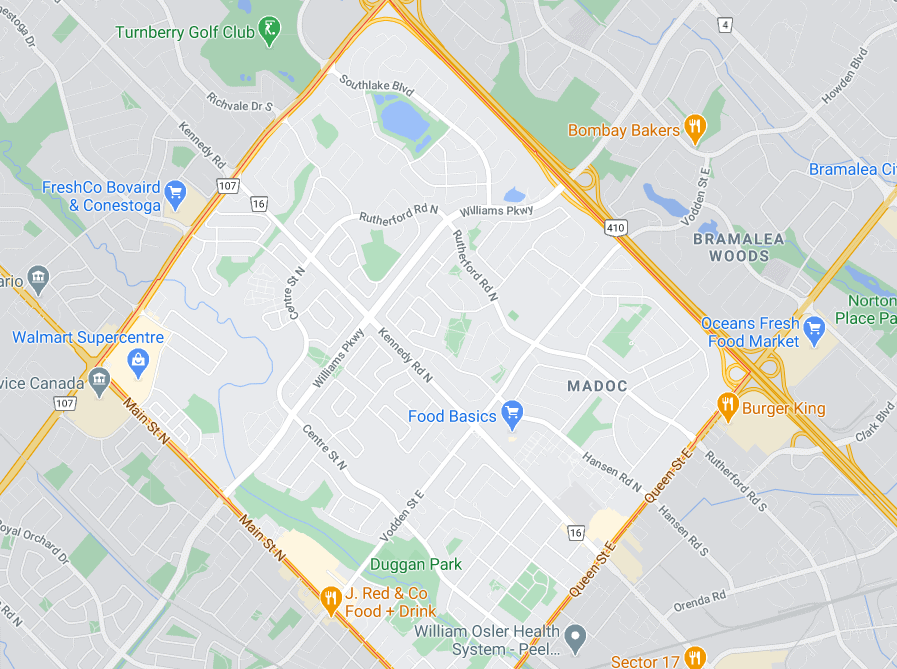 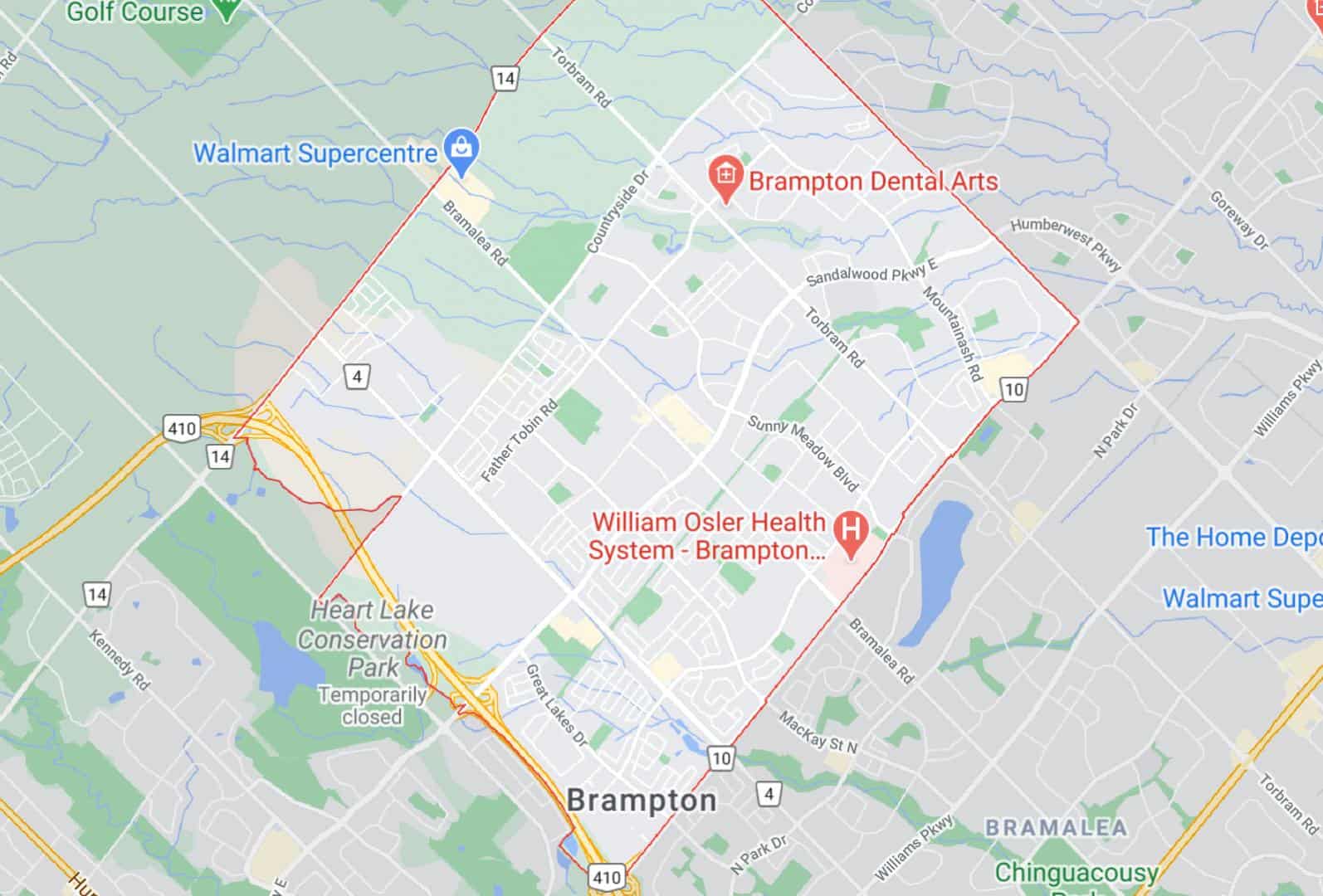 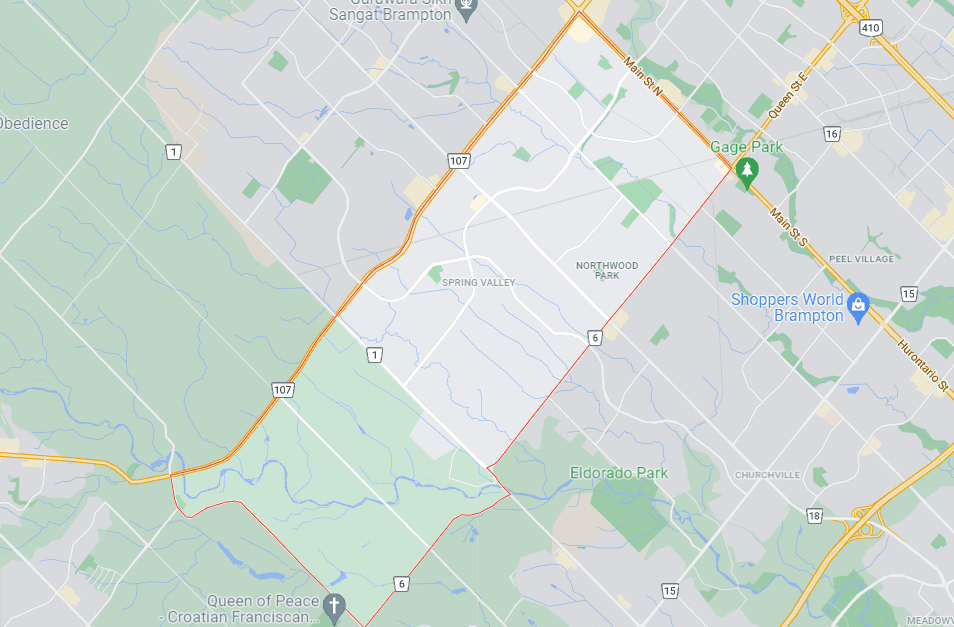 ICES also says case counts reported since December 31, 2021 represent an underestimate of the true number of individuals with COVID-19, due to changes in eligibility for SARS-CoV-2 PCR testing.

According to Peel, the map shows a crude incidence rate defined as the total number of new cases within a specific time period divided by the total population and multiplied by 100,000. 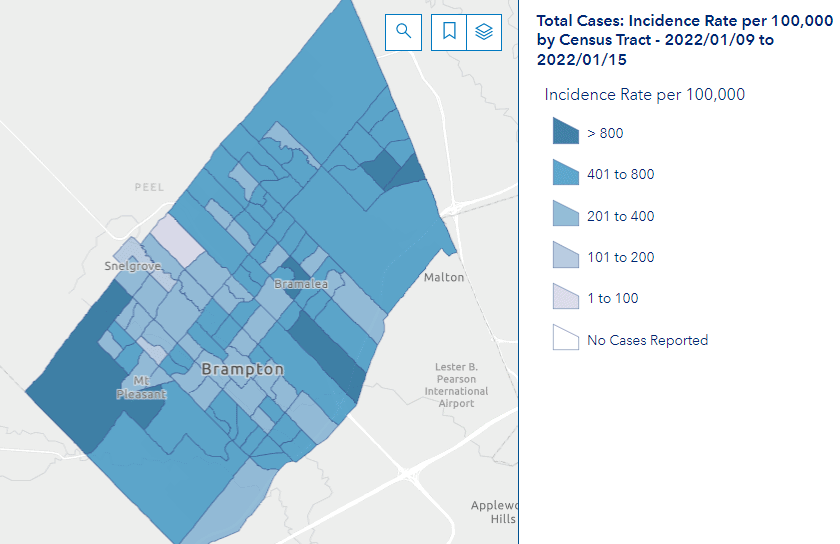