Three highrises to be built along busy Mississauga corridor 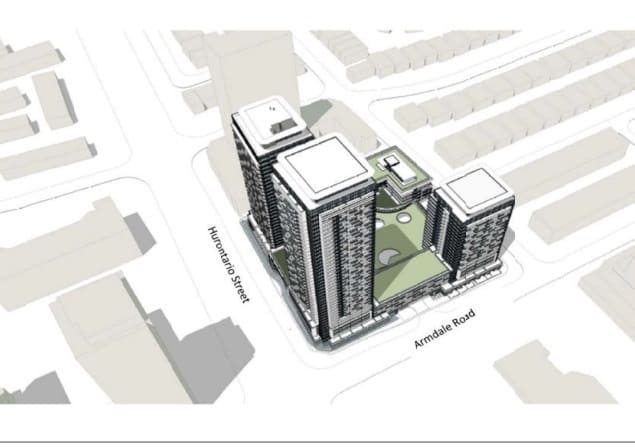 Rendering of the three-highrise development to be built on Hurontario St., north of Eglinton Ave., in Mississauga.

City council has approved a plan to build three highrise apartment buildings along one of the busiest sections of Hurontario St. in Mississauga.

The Liberty Development Corp. proposal will see buildings of 23, 33 and 38 storeys, comprising 1,265 apartment units in addition to retail/commercial and office space, constructed on Hurontario St. just north of Eglinton Ave.

Initially, the developer’s plan called for the tallest of the three structures to be 42 storeys in height, but City of Mississauga planning staff rejected the notion. 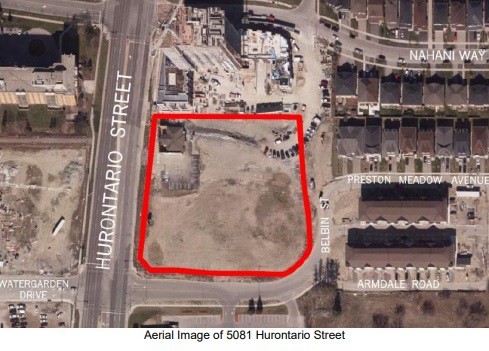 “The applicant has made minor revisions to the proposal to address issues raised by staff, including revising the maximum building height,” Mississauga planning and building commissioner Andrew Whittemore wrote in a May 30 report to council recommending the proposal move forward. “Staff are satisfied with the changes to the proposal and find it to be acceptable from a planning standpoint.”

The report added that the proposed development “has been designed to be sensitive to the existing and planned character of the neighbourhood and provides an appropriate transition to adjacent commercial and residential uses.”

Prior to the proposal receiving approval earlier today (June 22) at City council, a resident of the area pleaded with councillors and staff to be mindful that the three highrises are going to bring more traffic and parking headaches to an already heavily congested part of the city. 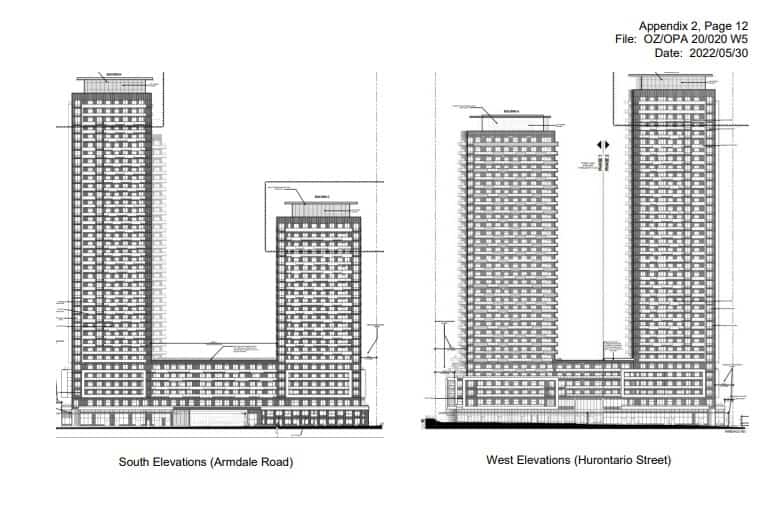 In her deputation to council, resident Catherine Cyran asked if the development would bring sufficient parking along with it.

“The (highrise) condo at 8 Nahani Way (to the immediate north of the development site) already has people using side streets to park,” she said.

Cyran also raised concerns regarding safety, for motorists and pedestrians.

She said there are already numerous car accidents and near misses in the area, specifically on Nahani Way and Hurontario St., and adding three highrises will make matters worse.

“And it’s almost impossible (for pedestrians) to cross Nahani Way now,” she added.

Cyran urged councillors and staff to work to resolve such issues now rather than wait until after the development has been completed.

“Resolutions to traffic problems are more difficult after structures have been built,” she said. 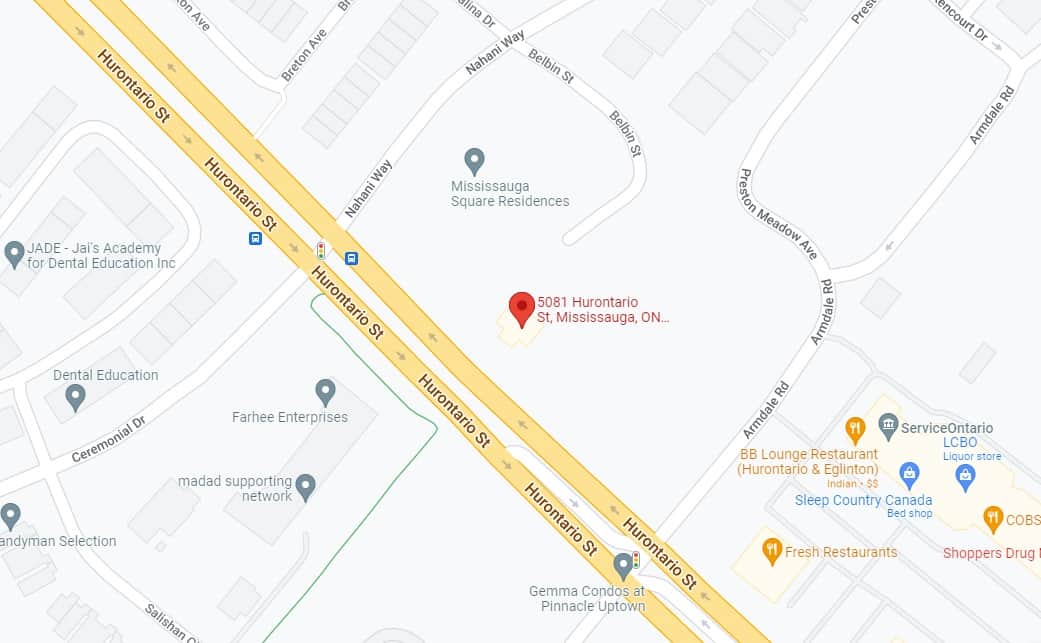 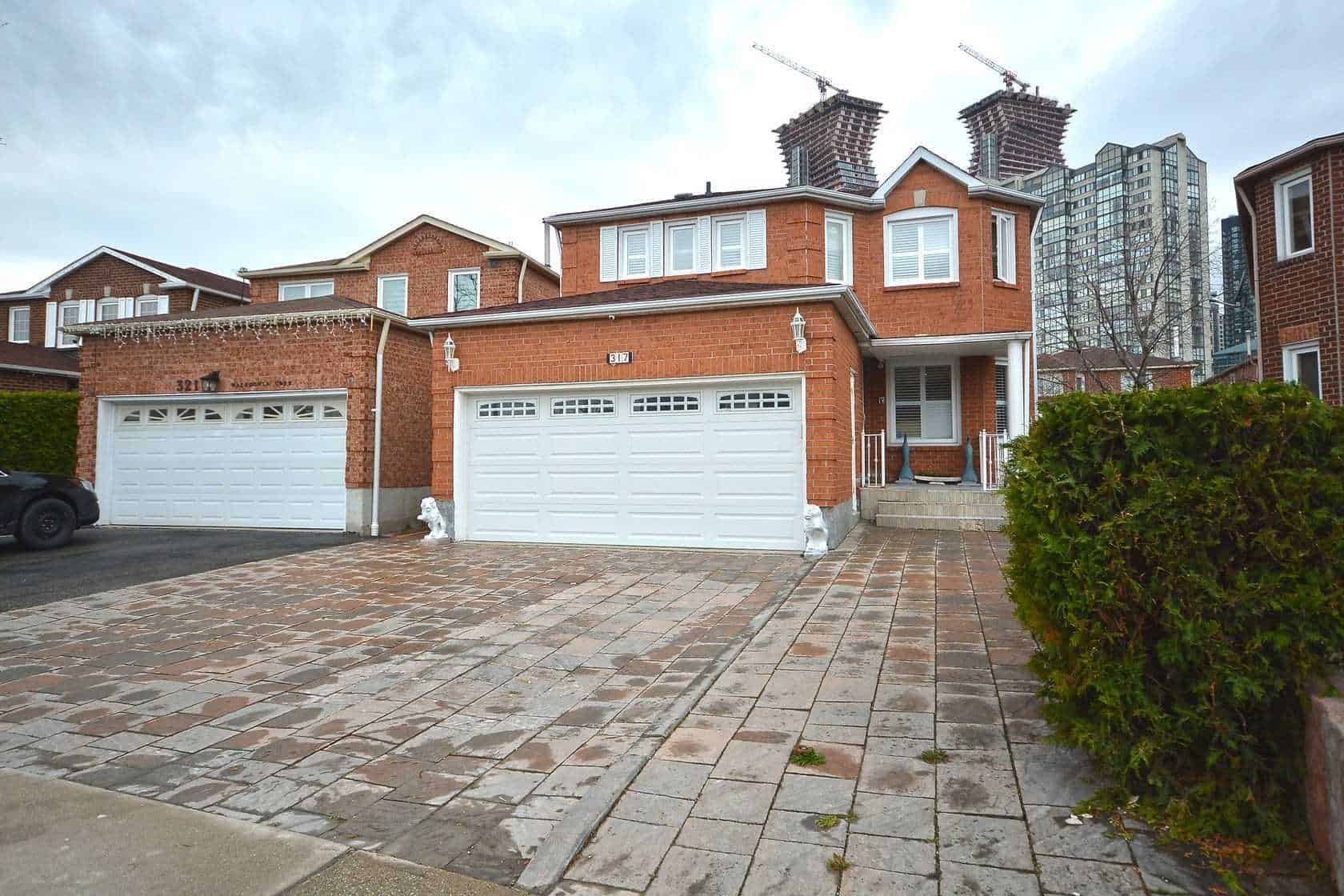