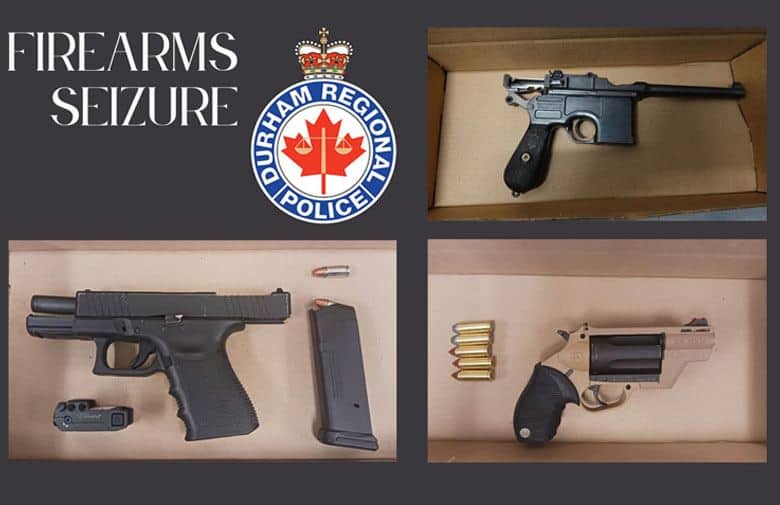 Police recovered these guns from a car in Ajax. - via Durham police.

The police seizure of three guns and drugs in Ajax has led to the arrest of three men.

The Durham Regional Police Guns and Gangs Unit wrapped an investigation on December 3. As a result, three men were arrested in a stolen car near Lankester Ln. and Janes Ln., home to a townhouse complex. The officers found two pistols in the car.

Later on, officers raided a locker and another car associated with one of the men. They found a third handgun, ammunition, cocaine and fentanyl.

All three men will remain in custody until a bail hearing.