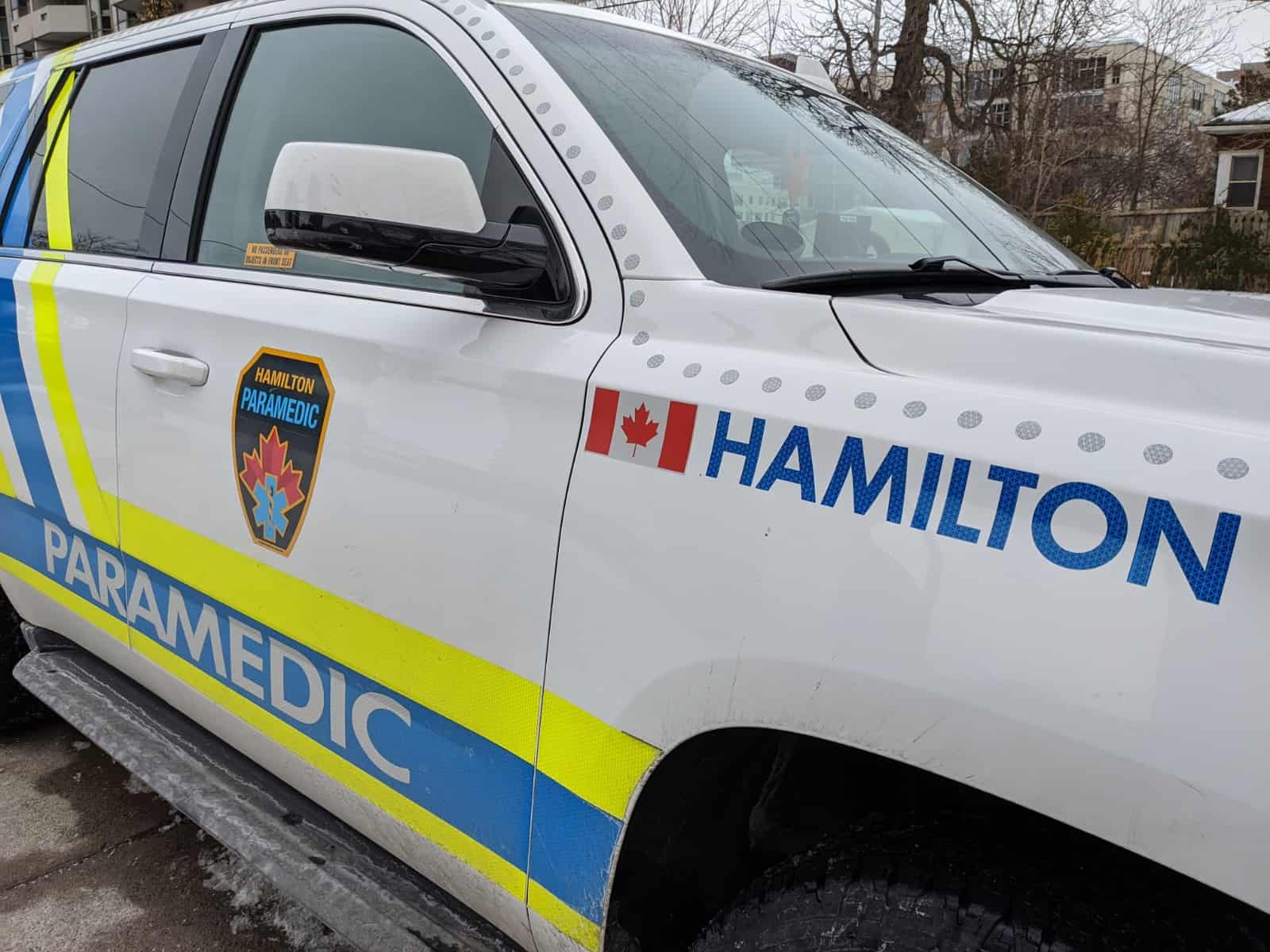 Three people were seriously injured in a single-vehicle crash in Hamilton on Friday night (Apr. 29).

“The driver failed to negotiate the vehicle through the intersection and struck a fence along with protective concrete blocks,” said police. “This caused extensive damage to the vehicle and caused portions of the concrete blocks to fall onto the railway tracks below.”

No other vehicles or pedestrians were involved.

Witnesses called 911 and and paramedics attended the scene, transporting the driver and two other passengers (both 19-year-old Hamilton males) to hospital.

It was determined at the hospital that all males sustained critical injuries, including torso trauma and spinal fractures.

“Due to the severity of injuries, the Hamilton Police Service Collision Reconstruction Unit was activated and has taken up the investigation,” said police.

The intersection was closed for approximately seven hours for the investigation and subsequent road maintenance, and has since reopened.

The investigation is ongoing and police say they have not been able to rule out any contributing factors.