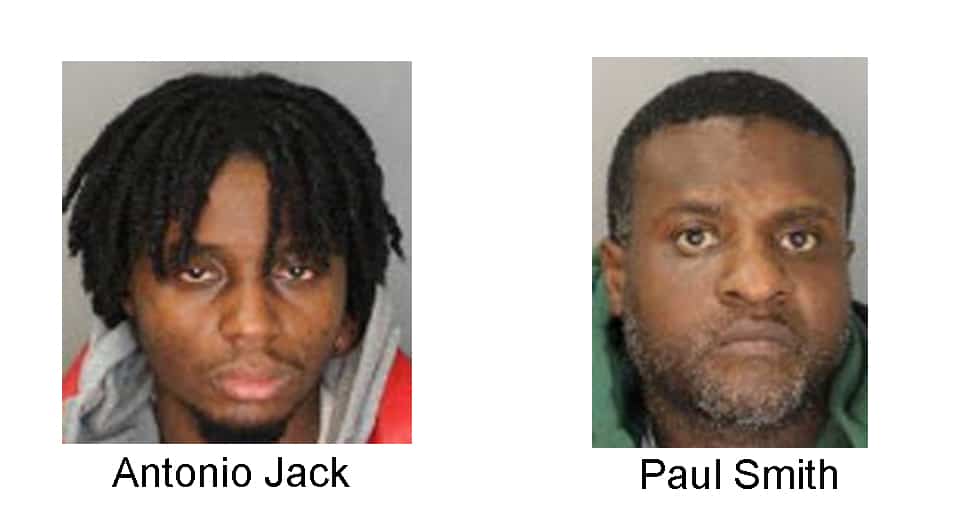 Durham Regional Police have arrested three people after a human trafficking investigation they believe began in a Whitby hotel.

The Human Trafficking Unit arrested the trio in Scarborough on November 16. One man fled the scene during the arrest, but was later tracked down and arrested. Two guns, ammunition and a variety of drugs including meth, fentanyl and cocaine were seized at the scene.

Antonio Jack, 23 of Whitby and Paul Smith, 43 of Smith Falls have been charged with a battery of human trafficking, drug and gun charges, including;

Trisha Grayson, 19 from Toronto was also arrested. She is facing charges of two counts of possession of a schedule one substance for trafficking, possession of a firearm while prohibited, carrying a concealed weapon and occupying a car with a firearm.

All three have been held pending bail hearings.

Police continue to investigate and are trying to ascertain if there are more victims. Anyone with information can call D/Cst. Belanger of the Human Trafficking Unit at 1-888-579-1520 ext. 5602.