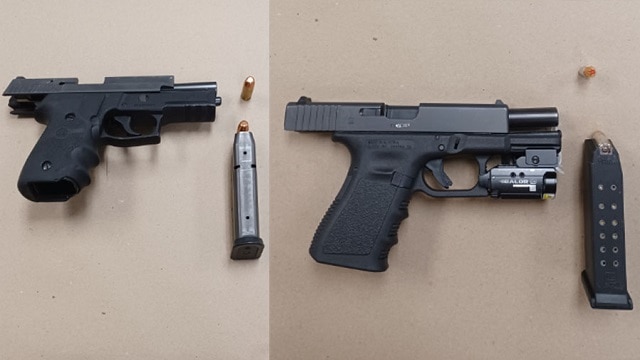 A recent traffic stop in Oshawa has led to charges against three people.

On Tuesday, June 29, members from Durham police’s Central East Community Response Team stopped a vehicle in the area of Albert Street and Elm Street for a Highway Traffic Act offence.

“Upon further investigation, officers discovered an occupant with a loaded firearm,” said police. “Upon locating the firearm, the suspect assaulted the officer and fled on foot.”

After a brief pursuit on foot, the suspect was taken into custody and another firearm was located, according to police.

25 year old Alexander Mitchell of no fixed address is facing the following charges and was held for a bail hearing:

24 year old Brittany Lewis from Scarborough and 20 year old Jamel Rose from Kitchener are charged with Possession for the Purpose of Trafficking (cocaine). They were released on an Undertaking.