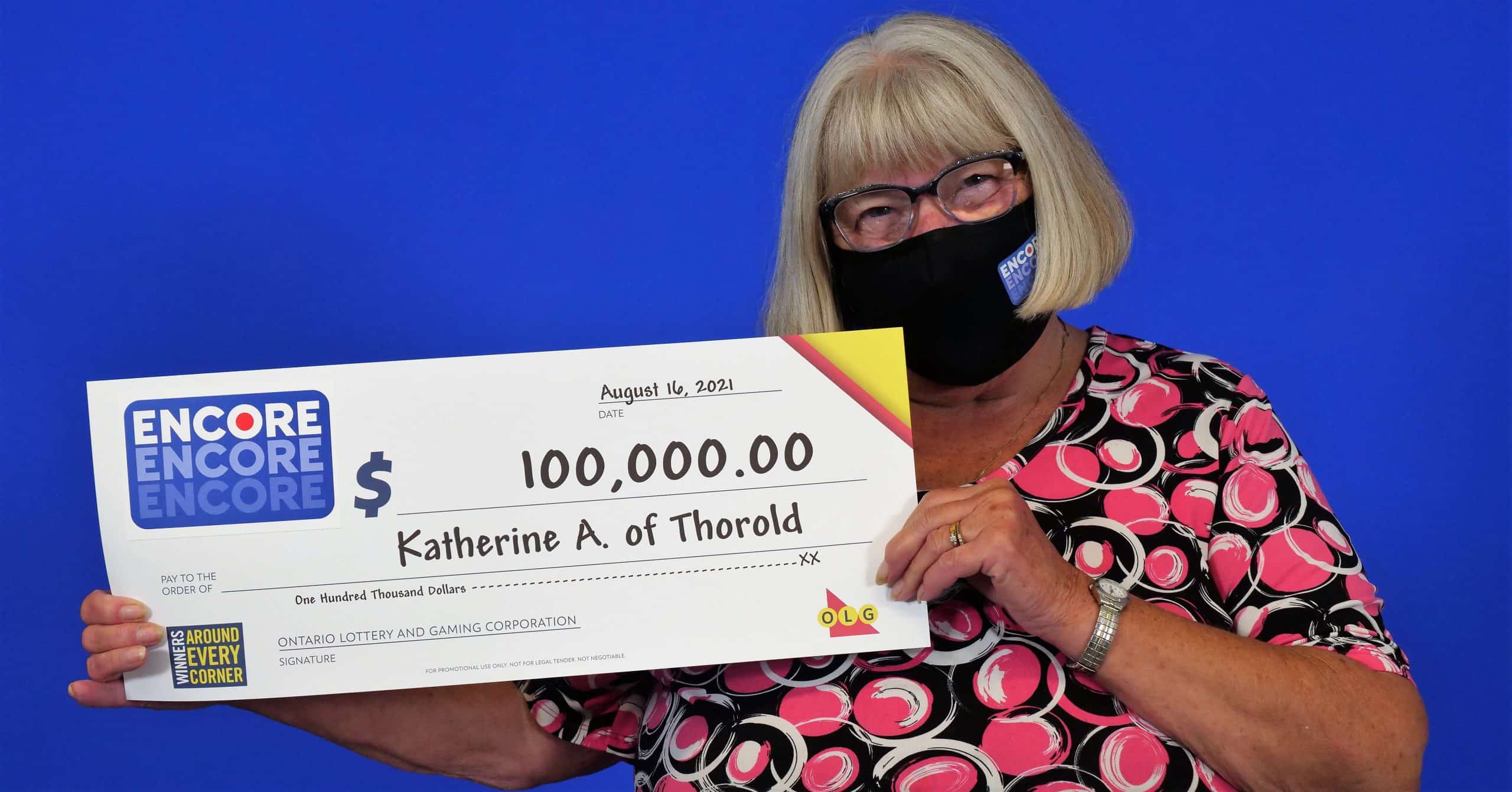 Kathy Audet, 68, said she’s only an occasional lottery player but when she does play, “I always play ENCORE.”

She matched the last six of the seven numbers to collect her big prize at the OLG Prize Centre in Toronto.

“I scanned my ticket at the store and saw I won $100,000 and a Free Play. I had to scan it another three times before getting my husband to be a second set of eyes!”

She called the win “unreal. I’m even more excited that I can share this with my children and grandchildren.”

And after that, “I’m going to plan some home renovations. I’ll be getting a new kitchen and I am excited for that!”

The winning ticket was purchased at Avondale on Allanburg Road in Thorold.