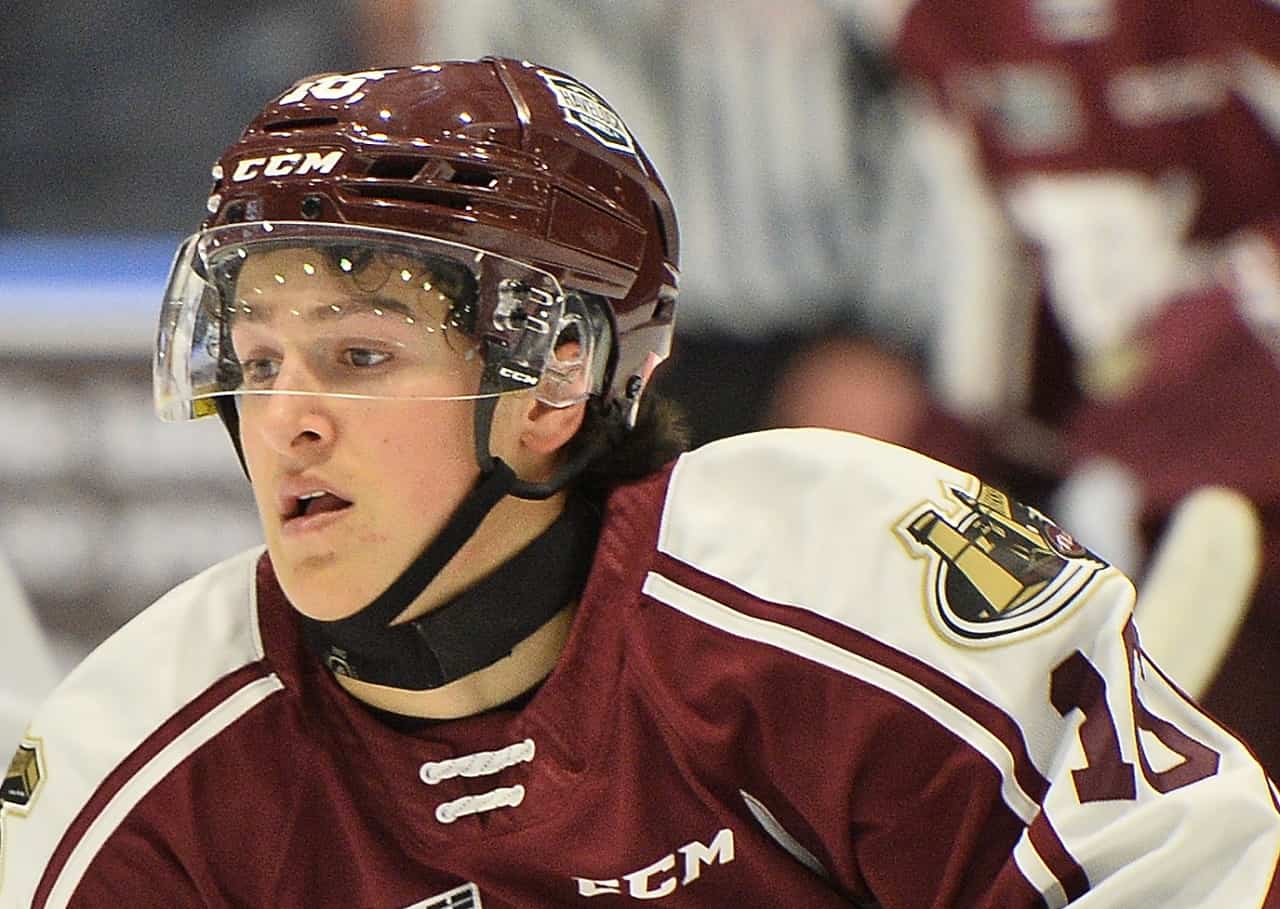 Hamilton is a sports town, even if it is not part of the ‘big four’ North American leagues or Major League Soccer, the NWSL, Premier Hockey Federation or WNBA.

Bulldogs turn, or Turek the page

The Bulldogs boosted their younger age cohorts — present and future — while completing their major deals before Saturday night. Logan Morrison, the reigning Ontario league (OHL) playoff MVP and best playmaker in Hamilton’s brief history, was dealt to the first-overall Ottawa 67’s. The other two 20-year-olds, OHL goal-scoring leader Avery Hayes and Dallas Stars-drafted defenceman Gavin White, were sent to the Peterborough Petes, in a bit of quid pro quo for the 2022 Mason McTavish trade.

The approach by Turek, who became the interim GM when Steve Staios took a job with the NHL’s Edmonton Oilers in October, drew praise in OHL circles.

Hamilton has to be a top 3 destination at this point doesn’t it?

Staois built something great and Turek hasn’t seemed to miss a beat stepping in https://t.co/gEEjGmUDqY

What did the Bulldogs get in return for dealing the departed trio, as well as sending 19-year-old wings Ryan Humphrey and Ryan Winterton to the London Knights?

They added 17-year-old Nick Lardis, whose speed can be a problem for defences and has two goals in as many games since arriving from Peterborough. Lardis, an Oakville native, will play in the CHL/NHL Top Prospects Game later this month. As the No. 6 overall choice in the OHL priority selection draft, he essentially fills a void in Hamilton’s 2005-birth cohort left after the Bulldogs’ top ’21 choice, Alex Pharand, was sent to the Sudbury Wolves last season.

Luca Testa, of Grimsby by way of the Knights, is also a potential leader for Hamilton’s yearling class of 2006-born players. And both newcomers fit in with Hamilton’s roster model of building with fairly local players.

Only five of the 20 Bulldogs who dressed against the Oshawa Generals on Sunday were also in the lineup for Game 7 of the OHL final against Windsor last June 15. But the OHL does not give points for being sentimental, and players who have a maximum five-season window in the pro-format league want to finish with a winner.

There are still 32 games, plus a first-round playoff series, for the Bulldogs to dedicate to their process. Hamilton likely will be a playoff team since only two teams in each OHL conference miss the playoffs, and Oshawa and the Niagara IceDogs and seeem like lead-pipe locks to miss out and land in the draft lottery. Lardis, Testa, and the incoming overage, centre Sahil Panwar, will be part of a push to keep up the expectations of being competitive.

Ottawa’s ante for Morrison was six picks — two apiece in the second, third and fourth rounds. The order of the picks seems rather canny. One second-rounder is the Guelph Storm’s in this spring’s priority selection, so it could potentially be high since Guelph was a seller this season. The other is Ottawa’s in 2026, so it can be stashed away until the Bulldogs are a buyer again.

Ethan Del Mastro, the Freelton native who was a standout defenceman with Team Canada while winning a second world junior championship gold medal, will play out his OHL run in black and gold.

The Sarnia Sting won the sweepstakes for Del Mastro, who was an alternate captain for Canada at the WJC and was also captain of the Mississauga Steelheads. The Chicago NHL prospect is headed to a team that is lurking in the fourth spot in the OHL Western Conference.

Diehard devotees of the OHL may include Sarnia in the conversation for the league’s answer to the Toronto Maple Leafs. Some enviable talent —Steven Stamkos, Jakob Chychrun, Jordan Kyrou and Travis Konency — have played for the Sting. But Sarnia has never gone past the second round of the playoffs under the OHL’s conference-based format. The Western side includes Erie, Guelph, Kitchener, London, and Windsor, who account for 12 OHL titles and six Memorial Cup victories over the last 20 completed seasons.

Henry Burris was known to point out how many teams he had turned around, and now the Jacksonville Jaguars are headed to the NFL playoffs in the CFL legend’s first year on their coaching staff.

The former Hamilton Tiger-Cats quarterback is with the Jaguars, the No. 4 seed in the AFC, as an offensive quality control coach. Jacksonville made the playoffs for the first time since 2017 after winning the AFC South division with a 9-8 record. The Jaguars host the Los Angeles Chargers on Saturday (Jan. 13, 8:15 p.m., CTV/DAZN/RDS).

Burris, who ranks third all-time on the CFL passing list with more than 63,000 career yards, quarterbacked the Tiger-Cats in 2012-13, leading them to one East Division title and Grey Cup appearance. Over his 20-season playing career, he was a three-time Grey Cup champion (1998 and 2008 with Calgary, and 2016 with Ottawa).

To know anything of high school boys basketball in Ontario is to know of the Silver Fox Invitational tournament, whose golden anniversary event takes place this weekend after a two-year pandemic hiatus.

The tourney, with games at Saltfleet and Glendale high schools, is set for Friday and Saturday, with a schedule online at silverfoxinvitiational.ca. Daily admission is $5 for adults and $2 for children.

The Bishop Tonnos Titans, Cathedral Gaels, Saltfleet Storm, and St. Thomas More Knights are the hometown representation in the 16-team field. The championship game is at 8 p.m. on Saturday (Jan. 14).

(“This weekend in Hamilton sports” appears on many Mondays throughout busier times in the sports schedule. There is a lot happening, and no doubt something gets missed. Feedback may be sent to [email protected])