This week in Hamilton sports: Bulldogs’ landing spot bandied, Khari on to Ottawa 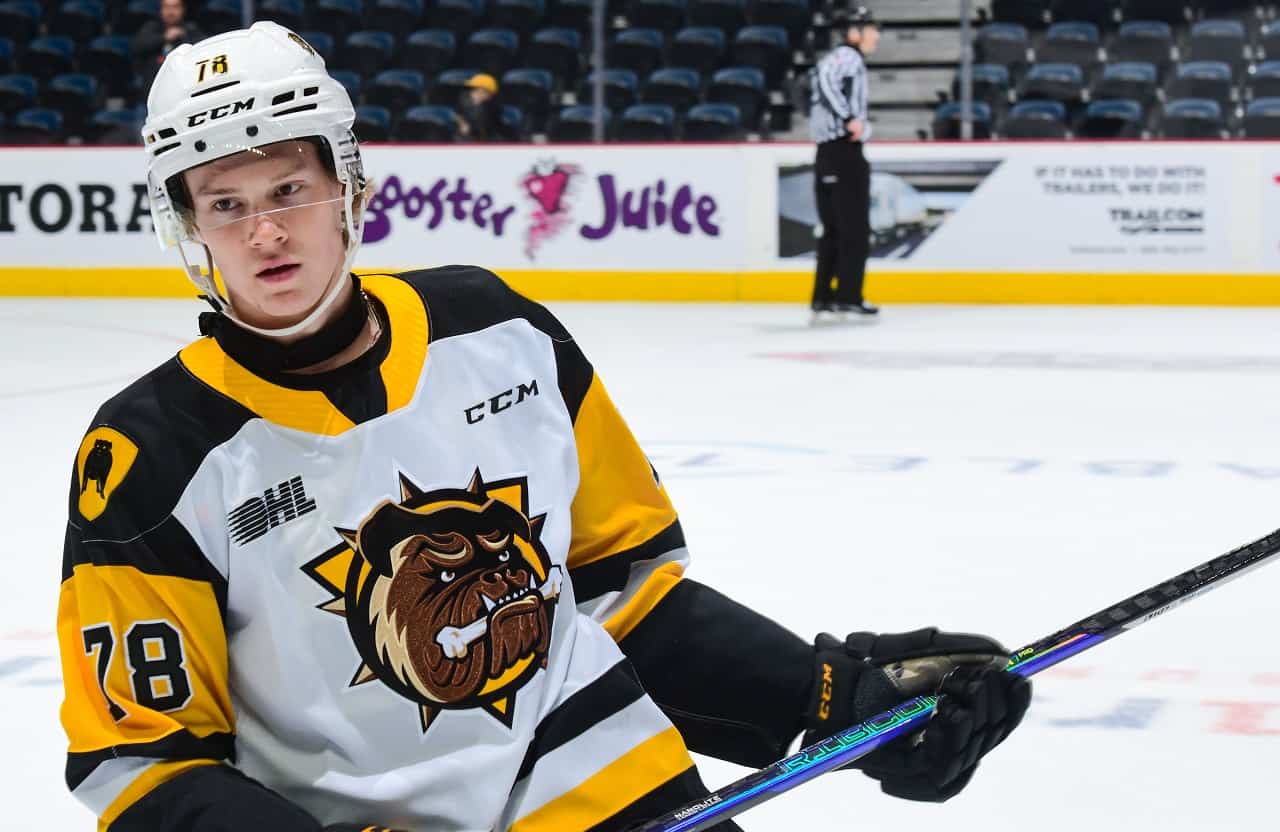 Hamilton is a sports town, even if it is not part of the ‘big four’ North American leagues or Major League Soccer, the NWSL, PHF or WNBA.

Michael Andlauer might be taking the Hamilton Bulldogs’ show on the road — as in 35 minutes west along Highway 403.

The downtown Hamilton arena at York Blvd. and Bay St. will presumably need sports tenants to fill playing dates whenever the Hamilton Urban Precinct Entertainment Group and Oak View Group finish modernizing it. Over the weekend, the Postmedia portal in Brantford reported that the Bulldogs have contacted the city’s admins about playing in the 2,952-seat Brantford Civic Centre in 2023-24 and ’24-25.

Brantford Mayor Kevin Davis had more to say about the possibility than the Bulldogs. Andlauer, the franchise’s governor, gave Postmedia statement that Hamilton is in “ discussions with several communities who reached out with interest in hosting the Bulldogs and look forward to confirming a home as soon as we can.”

That would at least give the Bulldogs a relatively right-sized arena within reasonable driving distance for hardcore Hamilton fans (with cheaper parking, one dares to dream). The Civic Centre in Brantford has modern seating thanks to a renovation only seven years ago. The Bulldogs’ formula of nurturing local talent to build depth would not necessarily be hurt, since exposure would not be hurt. The team’s first priority selection choice last spring, 16-year-old wing Marek Vanacker, even played his under-16 hockey with the Brantford 99ers.

Since Telephone City once had an OHL team decades ago, from 1978 to ’84, Brantford gets thrown out there a lot as an OHL relocation possibility. The age of the arena and the fact that the community of 98,000 is smaller than every other OHL market in the Greater Golden Horseshoe have previously meant that was magical thinking. But Mayor Davis framed it as a learning opportunity for the city to learn what it might take to host an OHL team.

In the here and now, the the Bulldogs, who are joint-sixth in points percentage in the Eastern Conference, are in the mushy middle of the pack five weeks out from the OHL trade deadline is unclear. A team that is coming off of a championship usually moves final-year players to replenish the stock of priority selection picks. That said, Hamilton is 8-4-0 since Dallas Stars-drafted overage defenceman Gavin White reintegrated into the lineup a month ago. The other two 20-year-olds, centre Logan Morrison and Avery Hayes, are respectively second in overall scoring and third in goals. But they are assets that contenders will covet after Christmas.

Khari on up to Ottawa

Jones, 51, will be an OC for the first time since his previous coaching posts with the Tiger-Cats from 2009 till ’11. Joining the staff in Ottawa means he has worked for every CFL team except the Toronto Argonauts.

The cross-pollination could only help rekindle a bit of a rivalry between Hamilton and that other Ontario counterpart. The Redblacks defeated Hamilton in the East final in 2015 and ’18. Over the last three seasons, though, Ottawa is a CFL-worst 10-40.

Moore, now the Redblacks’ general manager, recently named Bob Dyce as head coach. Ottawa has also hired defensive coordinator Barron Miles,, putting him in the position he had when Jones was head coach of the Montréal Alouettes before both were let go in an early-season shakeup in 2022. Dyce will give the nine-team CFL three Canadian head coaches for the time being, alongside ex-Ticat Mike O’Shea with the Winnipeg Blue Bombers and Danny Maciocia with Montréal.

Hooped for the holidays

Hamilton’s entries in OUA and OCAA basketball are off for exams and holidays. There will be a bit to keep an eye on once the McMaster Marauders, Mohawk Mountaineers and Redeemer Royals play the rust off the rims in January.

Cooke-ing up a storm down east

Like batting average in baseball, .300 is considered a good hitting percentage in competitive volleyball. So it sort of jumps out that Hamilton native Frances Cooke, a rookie outside hitter for the King’s Blue Devils in Halifax, leads the Atlantic colleges (ACAA) women’s league with a .459 hitting percentage. Cooke is nearly 100 percentage points ahead of every other proficient putter-awayer in her league.

The 6-foot Cooke, an alumna of the Westdale Wildcats and Mountain Volleyball Club in Hamilton, leads ACAA in scoring (4.7 points per set, including 3.29 kills).

King’s is a university of under 1,000 students that is affiliated to neighbouring Dalhousie. Due to its small enrolment, it competes in sports with colleges and other small universities in the Maritimes.

(“This weekend in Hamilton sports” appears on many Mondays throughout busier times in the sports schedule, and will resume in January 2023. There is a lot happening, and no doubt something gets missed. Feedback may be sent to [email protected].)