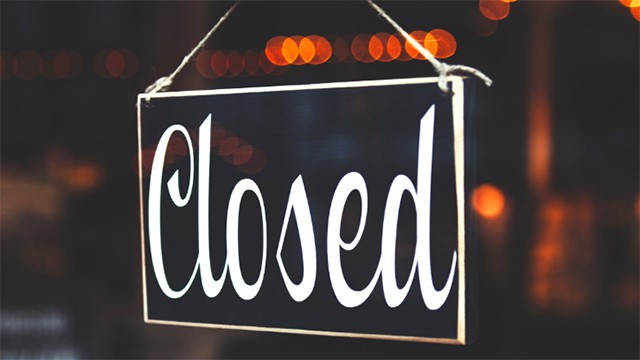 Whether it’s a matcha green tea latte or a cold brew, almost everyone needs a hit of caffeine to battle through that 3 p.m. slump.

Well, if you’re all about grabbing a quick caffeinated beverage for an afternoon pick-me-up, you’ll want to mark your calendar – a major coffee chain is shutting down for a few hours on Monday.

And it’s for an interesting cause.

Starbucks is closing all of its Canadian stores and offices on June 11 at 2:30 p.m. so employees can receive unconscious bias training. They’ll reopen the next day.

Here’s a sign on the door of the Vega Blvd. store right by the Mississauga-Oakville border. The upcoming closure comes after two black men, Donte Robinson and Rashon Nelson, were arrested at a Starbucks in Philadelphia on April 12.

The men were reportedly refused permission to use the washroom in the coffee shop.

And employees at the location called 911 when the men refused to leave, according to Philadelphia police,

In a video that was made public, officers arrest the men while some customers say the men weren’t doing anything wrong.

The arrest prompted protests and more backlash against the coffee giant.

Starbucks closed more than 8,000 U.S. stores for 175,000 employees to receive unconscious bias training back on May 29.

Robinson and Nelson have since received apologies from Philadelphia’s police commissioner and Starbucks’ CEO Kevin Johnson.

The men reached a settlement agreement with Starbucks last month.

“The agreement between the parties stems from the arrest of Robinson and Nelson at a Starbucks store in Philadelphia on April 12 and includes a confidential financial settlement as well as a commitment to continued listening and dialogue between the parties as a means toward developing specific actions and opportunities,” reads a statement from Starbucks.

Robinson and Nelson “intend to focus the public reaction to their arrest toward providing opportunities for young people from underserved communities.”