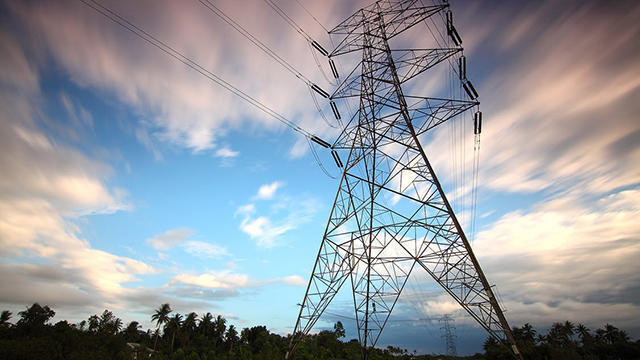 How much did Mississauga city councillors spend?

Inquiring minds should note that the 2018 Expenditure Statement is now available on the Mississauga city website.

Mississauga city councillors are paid a lot of money for serving on the municipal governing body of Canada’s sixth largest municipality. They also receive a salary from serving double duty on the Region of Peel council. In some cases, like Mayor Bonnie Crombie and now Ward 10 Councillor Sue McFadden, extra pay comes from serving on bodies like the Peel Police Services Board.

On top of that, the mayor and each councillor receive a generous office budget to use in their role as public figures.

From January 1 to December 31 of 2018, members of council and Mayor Crombie had $609,335 at their disposal for their office expenses, community meetings, and other things they needed money for. However, they only spent $358,155 of their budget. While Mayor Crombie spent up to 79 per cent of her budget, which can be justified as she is the head of the city and has numerous functions she has to attend, the next highest spending councillor was Ward 10’s Sue McFadden (at 99 per cent) and the lowest spender was Ward 1 Councillor Jim Tovey at 9 per cent (although this is likely because Tovey tragically passed away in January 2018).

Here is a breakdown of Mississauga’s City Councils expenses for 2018.

The mayor spent $930 on subscriptions to media outlets- spending $517 on The Globe and Mail’s magazines. Mayor Crombie also spent $22,142 on travel including airfares, taxis, hotels and conference registration fees. She also spent an additional $5,085 on mailing and $7,539 on public communication such as advertisements for the council. The mayor’s phone bill was $2,266 for the year. The odd expenditure she made in this category is a $94 fee for an iPhone accessory. The mayor spent $805 for parking and $1,936 for gas in 2018. Mayor Crombie spent a whopping $11,045 for renting or leasing a vehicle, car maintenance and for auto insurance. Another odd expenditure on the list, the mayor spent $687 on souvenirs and $7,650 in the entertainment category.

Councillor Jim Tovey
Dave Cook was declared interim Ward 1 councillor in January 2018 after Tovey passed away. In total, Tovey spent $423 on phone charges from January to July, postage and a donation to West Acres Public School.

Councillor Dave Cook
Councillor Dave Cook filled in the interim position for Ward 1. In total, he spent $6,942. He spent $2,938 on public communications, which includes postage, mobile sign rental and website development. He also spent $2,569 on entertainment such as refreshments, a Ribfest shuttle service, and on fundraisers.

Councillor Karen Ras
Councillor Karen Ras is in charge of Ward 2. She spent $22,950 out of her budget of $46,208. She made a couple of noteworthy expenses. The councillor spent $250 on a membership to the Art Gallery of Mississauga and $6,519 on her newsletters. Her phone charges added up to $1,271. She spent $6,000 on public communications. Councillor Ras spent $890 on staff recognition and business meals for her staff. She spent another $5,701 on fundraiser tickets, the Ribfest shuttle service and community events.

Councillor John Kovac
Councillor John Kovac is the councillor for Ward 4. He spent $18,083 out of $68,718, which is pretty impressive. He used $3,110 on things like fundraisers, donations and the Ribfest shuttle service. He spent another $3,097 on public communications. The strange expense on his list was the money he spent on his newsletter. His newsletter cost $9,388 for the year.

Councillor Carolyn Parrish
Councillor Parrish sits for Ward 5. She is one of the highest spenders in the council at $30,811 for the year. She spent $5,752 on donations to organizations like Heritage Mississauga, the Art Gallery, Starrs on the Credit and the Malton Italian Association. She spent another $7,078 on business meals, community events and fundraisers. Parrish spent $1,796 on souvenirs and $831 on a cotton candy machine. The councillor spent $8,515 on her newsletters and a job posting for a newsletter writer.

Councillor Ron Starr
Councillor Star is the member of the council for Ward 6. He spent $22,052 in the year. Similar to many other councillors, he spent $5,123 in donations for charities like Paddle for the People, the Mississauga Food Bank, Coldest Night of the Year and more. He spent $3,858 on business meals, community events and sponsorships. The councillor spent $2,580 on public communication, $1,870 on his phone bill and $5,300 on his newsletter.

Councillor Nando Iannicca
Councillor Iannicca was a member of the council from January to November for Ward 7. He is now the chair of the Region of Peel. The councillor spent $24,874 in total. He spent $2,100 on donations, $6,981 on business meals, $1,175 on staff recognition, $1,355 on office supplies, $1,734 on public communications, $8,746 on his newsletters and $1,289 on his phone bill. The most surprising is the amount he spent on those business meals!

Councillor Dipika Damerla
Councillor Damerla sits for Ward 7 since December 2018. She spent $1,683 in total. She spent $1,457 of her budget on office furniture. Interestingly, she spent $87 on a fridge magnet.

Councillor Pat Saito
Ward 9 Councillor, Pat Saito, spent $33,748. Saito spent $6,423 on community events, volunteer appreciation supplies, shuttles, and fundraiser. She spent another $7,369 on promotional materials for these events, The councillor also spent $9,976 on portable signs, postage and stationery. Some of her other expenses include $1,576 on hotels, $1,027 on her phone bill and $1,093 on office supplies.