This Is The Real Cost Of War 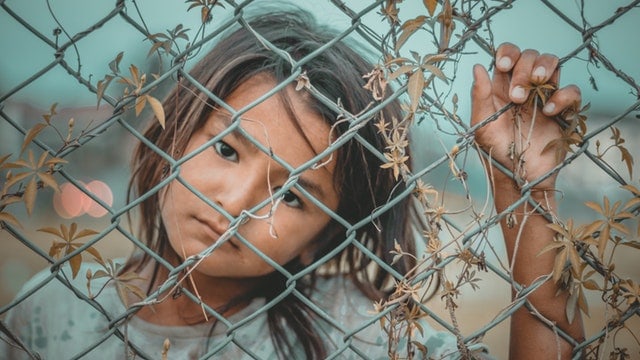 With the refugee crisis a very recent memory, Canadians are all aware that war is a huge global problem.

But do you know just how big a problem it really is?

Well Save the Children does; their new report found that more than half of all children globally – over 1.2 billion – are threatened by conflict, widespread poverty or discrimination against girls.

Coming just before International Children’s Day on June 1, The Many Faces of Exclusion examines how these three things are robbing kids around the world of their childhoods.

The report finds that millions of girls still face discrimination in ways such as lack of basic education, child marriage, early pregnancy, sexual violence and unrecognized domestic work in at least 55 countries.

“More than half the world’s children start their lives held back due to systematic exclusion – and because of this over 1.2 billion are at risk of losing their childhood through conflict, extreme poverty and discrimination based on gender. From our work on the ground, we also know that conflict and extreme poverty particularly exacerbate discrimination against girls,” Save the Children CEO Bill Chambers said.

Save the Children is particularly concerned for girls living in extreme poverty and those affected by conflict, where gender-based discrimination combines with these threats.

Also in the study is a ranking of 175 countries where childhood is most and least threatened as a result of poor health, malnutrition, exclusion from education, child labour, child marriage, early pregnancy and extreme violence.

Of the 175 countries in the End of Childhood Index, thirty percent of countries suffer from severe discrimination against girls.

Girls who live in countries at war are 2.5 times more likely to be out of school than boys.

They are also more likely to be victims of sexual violence. About 120 million girls worldwide have experienced forced sex or sexual acts at some point in their lives.