This is How Debt Can Affect Your Love Life in Mississauga

Valentine's Day is peeking around the corner, and no doubt many couples out there are looking to commemorate their love and strengthen their relationships, while others are only hoping that they find someone to celebrate with.

There are many reasons for two people to fall in love: mutual interests, shared love goals and dreams. However, there are also as many detriments to a relationship as there are unifiers. One such detriment is personal debt and finances.

According to a survey commissioned by Finder.com, it found that 68.5% of Canadian adults say they would reconsider a relationship based on a person's financial debt. That means if you're among the many Canadians saddled with debt, you could be reducing your potential dating pool by roughly 19.7 million people. 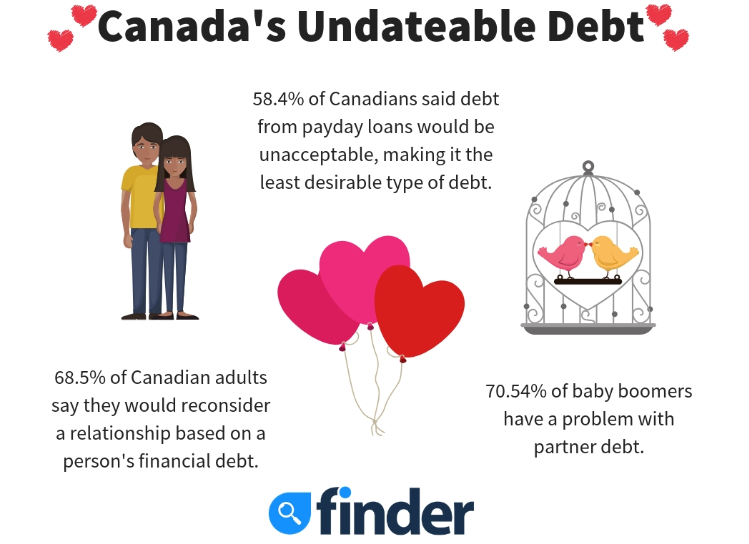 This doesn't mean that debt immediately turns your off to any potential significant others. Canadians are most sympathetic when it comes to other types of debt, such as debt from a mortgage (8.3%), medical bill (7.2%) or business loan (6.6%), which are seen as more practical expenditures and more understandable.

However, debts from payday loans are the least desirable, with over half of Canadians (58.4%) saying this type of debt would be unacceptable. Credit card debt (43.6%) was next on the list, followed by debt held with family and friends (22.04%). 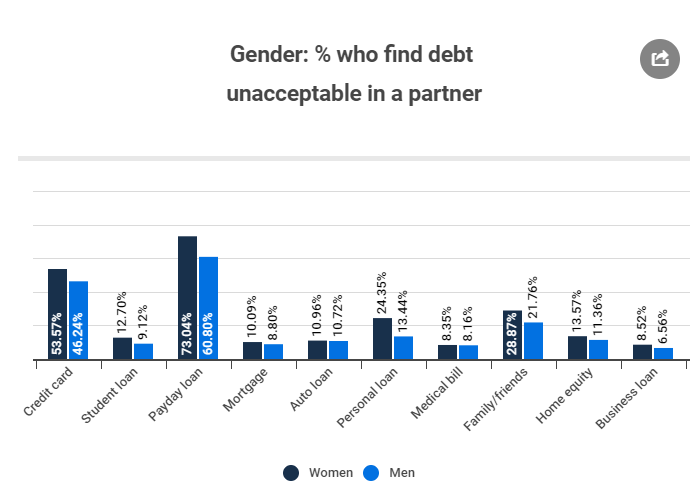 When it comes to the type of debt, women are more likely to prefer debt from a medical bill or business loan and have issues with debt from a payday loan, credit card, family and friends or a personal loan.

No matter which demographic you happen to be from, be it baby boomers or millennials, financial security is a key factor for romantic interests across generations. Nearly three quarters (70.5%) of baby boomers have a problem with any type of partner debt. Meanwhile, 67.5% of generation X and 66.2% of millennials.

In terms of geography, Western Canadians are forgiving on their partners having debt, with only 60.8% having a problem with it. By contrast, Central Canadians are far more likely to think debt is unacceptable in their partner, with 71.4% saying they'd steer clear of a potential suitor with debt. 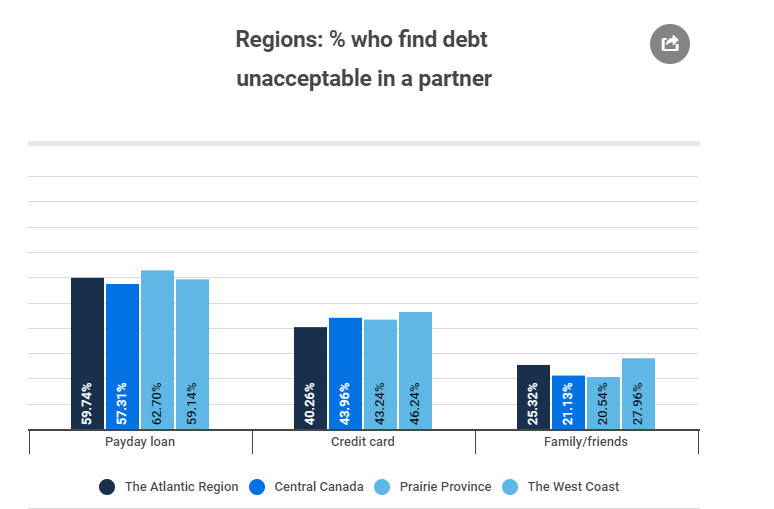 It's ironic that, on Valentine's Day when a little financial splurging would be encouraged for couples, that one's personal debts could be taken into consideration when it come to having a relationship.

Do you consider someone having a debt a deal-breaker in a potential relationship?