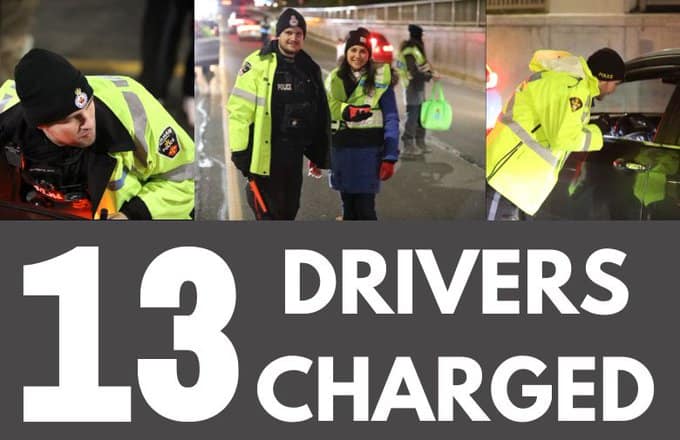 According to DRPS, “this is far too many” adding that as a community, “we can do better.”

Police conducted R.I.D.E checks in Ajax, Pickering, Oshawa, and Bowmanville. In addition to the 13 people charged with impaired driving offences, two people were given three-day suspensions, with 20 other criminal code charges laid.

This week’s R.I.D.E. program saw DRPS officers working alongside partners with the Alcohol and Gaming Commission of Ontario, conducting proactive inspections and education to multiple licensed establishments throughout the region. DRPS also partnered with the Ministry of Transportation to ensure the sobriety of transport truck drivers.

“It is through continued partnerships with other enforcement agencies that we are able to provide strategic and effective enforcement and education campaigns geared towards reducing impaired driving everywhere.”