Third Suspect Charged in Assault Against Man with Autism in Mississauga 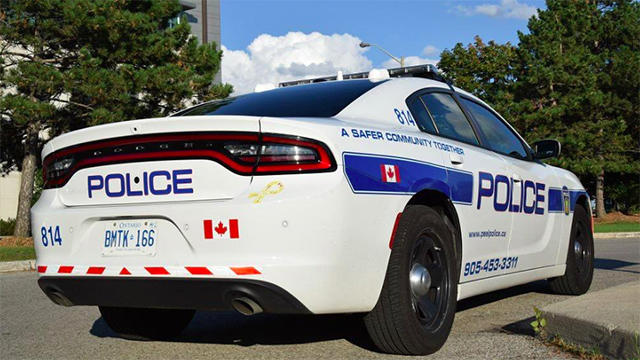 Investigators from the 12 Division Criminal Investigation Bureau have arrested a third male responsible for a vicious assault on a male with autism, in the City of Mississauga.

On Tuesday, March 13, 2018 at approximately 10:45 p.m. Peel Regional Police responded to a violent assault that occurred in the Square One bus terminal located at 200 Rathburn Road West in the City of Mississauga.

The 29 year-old victim from Mississauga was sitting on the lower level stairs in the bus terminal when he was approached by three male suspects. The three males surrounded the victim and proceeded to punch and kick the male multiple times. The suspects then fled the area.

The victim was taken to local hospital with serious but non-life-threatening injuries.

On Wednesday, May 16, 2018 investigators issued a Canada Wide Arrest Warrant for Jaspaul Uppal, a 21-year-old male, of no-fixed address for Aggravated Assault.

On Saturday, May 19, 2018, he surrendered himself to the Abbotsford Police Department in British Columbia.

Uppal has been returned to the Region of Peel and is charged with one count of Aggravated Assault.

Uppal will appear at the Ontario Court of Justice in Brampton on Thursday, May 24, 2018 for a bail hearing.

Peel Regional Police would like to thank the Abbotsford Police Department specifically their Gang Crime Unit and the RCMP for their assistance.

To view the video with the suspects, click here.

Investigators are appealing for witnesses, or anyone who may have information concerning this investigation to contact 12 Division Criminal Investigation Bureau at (905) 453-2121 Ext 1233. Information may also be left anonymously by calling Peel Crime Stoppers at 1-800-222-TIPS (8477), or by visiting www.peelcrimestoppers.ca.