Thief on a bicycle robbed a Hamilton store in August 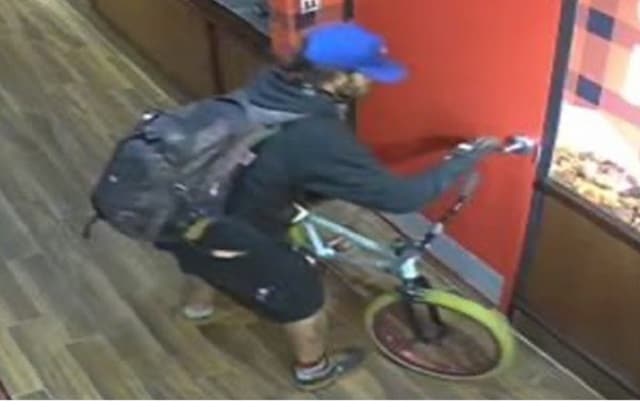 Residents of Hamilton are being asked to help identify a man, possibly in his 20s, who committed a break-and-enter robbery in August.

The theft at a store in the area of King St. W. and Newton Ave. shortly after after 4:30 a.m. on Thursday, Aug. 11. Hamilton Police say that a lone suspect smashed the front door, took merchandise and fled on a BMX bicycle. The police are continuing to investigate.

The suspect is described as a male who appears to be about 20 to 30 years old. He was wearing a blue baseball hat, black shorts, and black sweater and was carrying a black backpack. He had mismatched shoes — a brown one on his left foot, and a blue one on his right. The bicycle he had with him at the time of the robbery was a white BMX bicycle that had red rims and yellow tires.

Anyone who knows the identify of the suspect and/or has information that could assist Hamilton Police with this criminal investigation into this crime should contact Det.-Sgt. Shane Groombridge (905-546-2991) or Det.-Const. Wayne Potter (905-540-6342).

Information supporting any criminal or missing person(s) investigation in Hamilton may also be shared anonymously through Crime Stoppers (1-800-222-8477, or online at crimestoppershamilton.com).