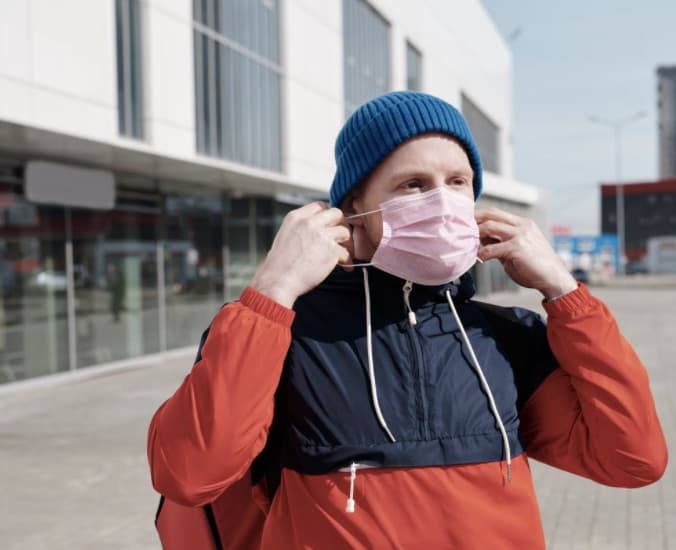 COVID-19 has been spreading throughout the Region of Peel, with new cases cropping up at an alarming rate in Brampton, Mississauga and Caledon.

But while all parts of Mississauga have been touched by COVID, some areas are seeing higher case positivity rates than others.

According to an analysis conducted by ICES, a Toronto-based non-profit formerly known as the Institute for Clinical Evaluative Sciences, some areas in Toronto and Peel are seeing positivity rates as high as 19 per cent. 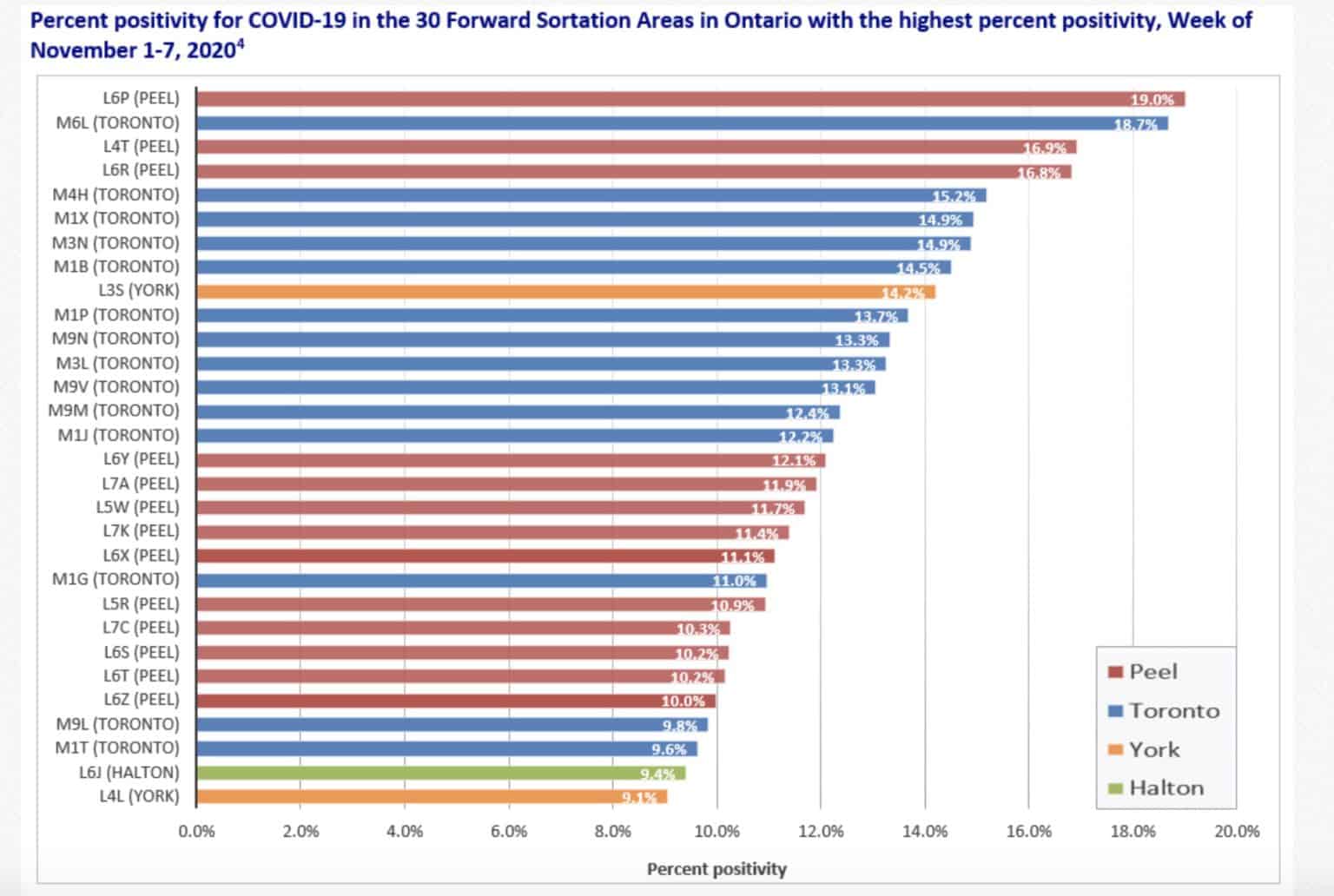 According to the data, the area of Brampton surrounded by Queen Street to the south, Mayfield Road to the north, Highway 50 to the east and Airport Road to the west, has a positivity rate of 19 per cent. This number reflects the positivity rate for northeast Brampton from Nov. 1-7.

The second-highest positivity rate, according to the data, was 18.7 per cent in an area of Toronto surrounded by Lawrence Avenue to the south, Highway 401 to the north, Caledonia Road to the east and Jane Street to the west.

In Mississauga, residents with L4T postal codes are living in a COVID hotspot with an overall positivity rate of 16.9 per cent. The L4T area is located in Malton, which is home to Pearson International Airport. 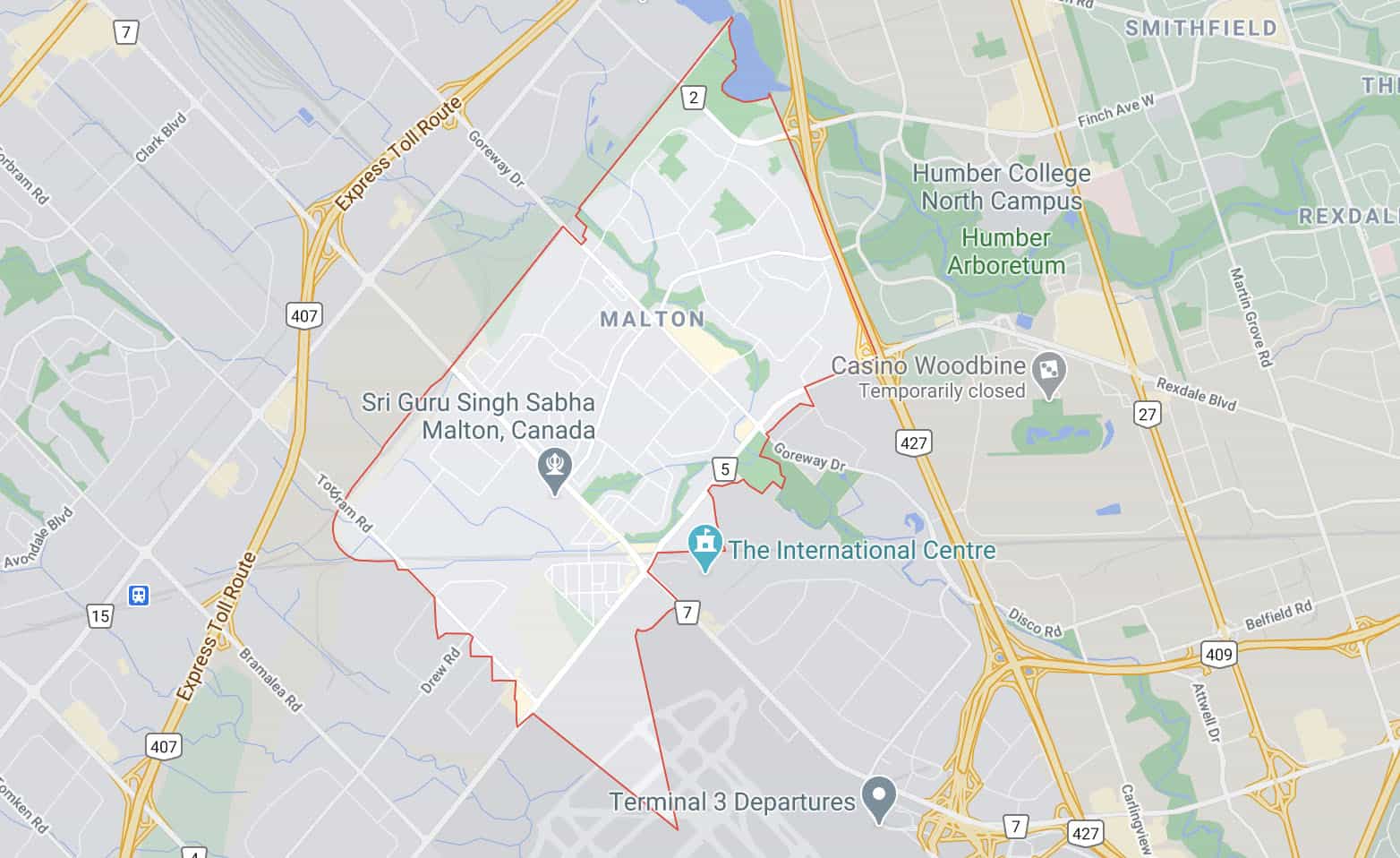 The L5W area is also something of a hotspot. According to data, the Meadowvale area boasts a positivity rate of 11.7 per cent. 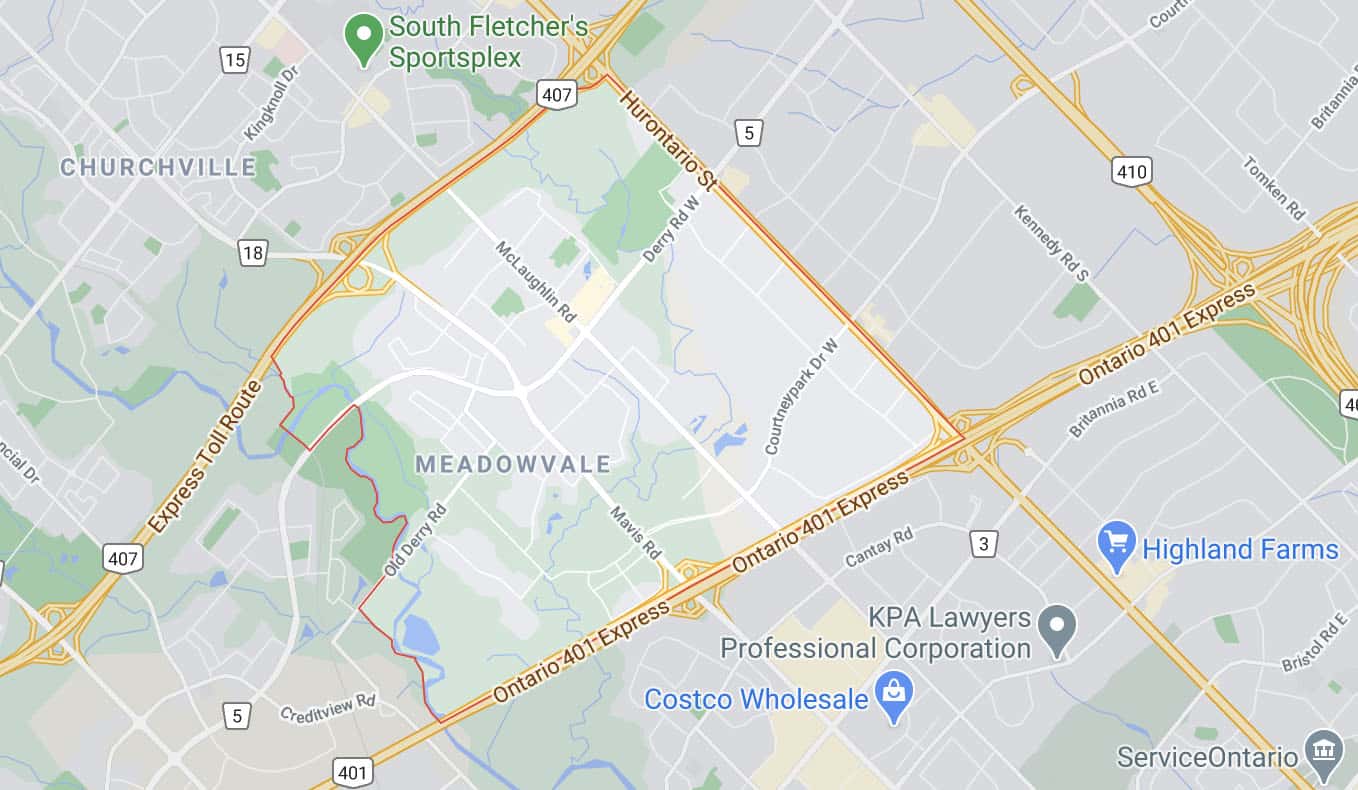 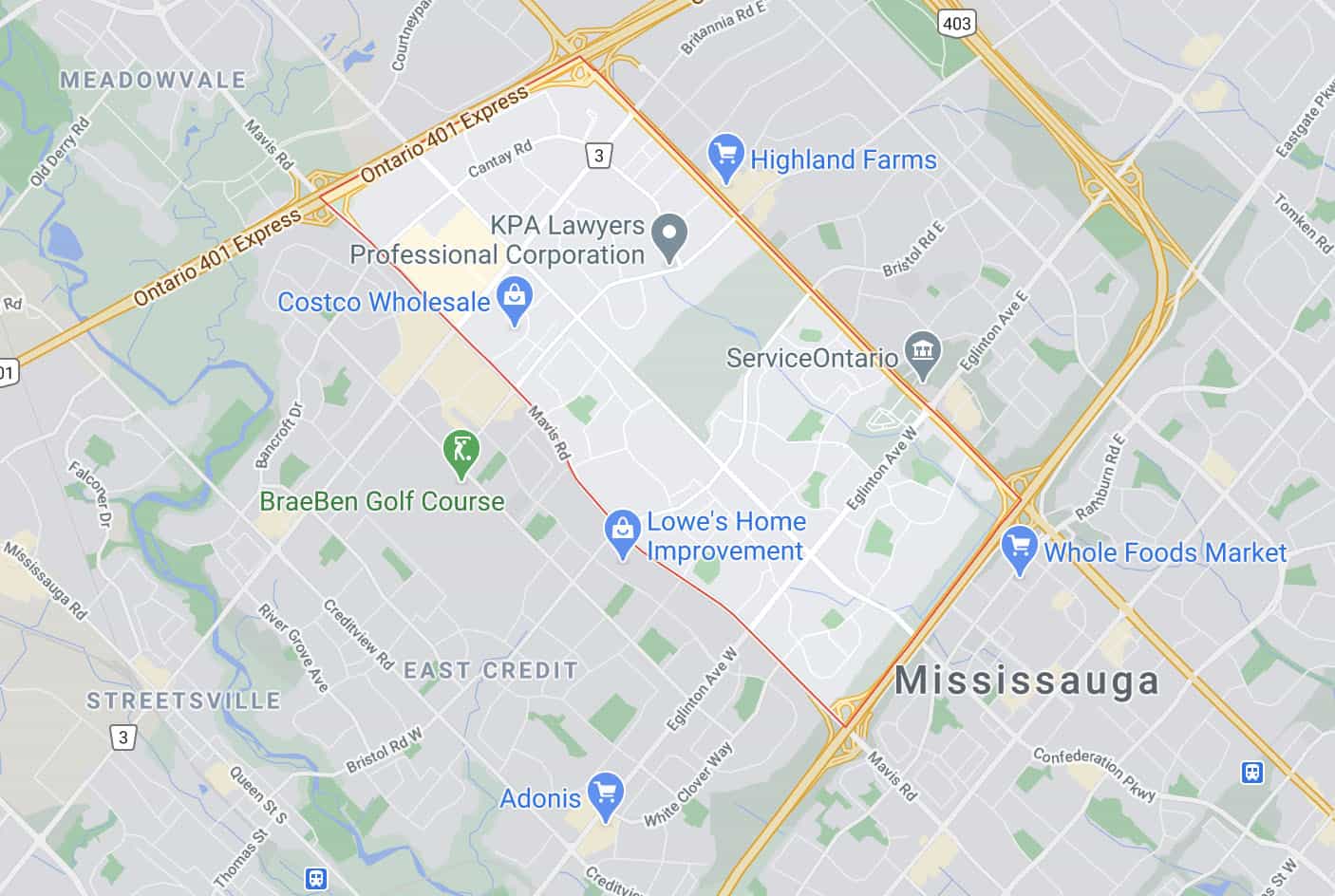 The analysis features a list of 30 neighbourhoods in the Greater Toronto Area (GTA), which all feature a COVID-19 test positivity rate of over 9 per cent.

Of these 30 neighbourhoods, 14 are in Toronto, 13 are in Peel, two are in York and one is in the Halton region.

The Region of Peel as a whole is sitting at a positivity rate of 9.8 per cent; which is currently the highest percentage in the GTA.

Toronto and the Peel, Halton and York regions all currently remain in the “Red-Control” level of Ontario’s new colour-coded COVID-19 framework.

To find out more about the analysis by ICES, click here.

With files from Lucy Mazzucco