The Treasures of Hwy 10 & Dundas Mississauga 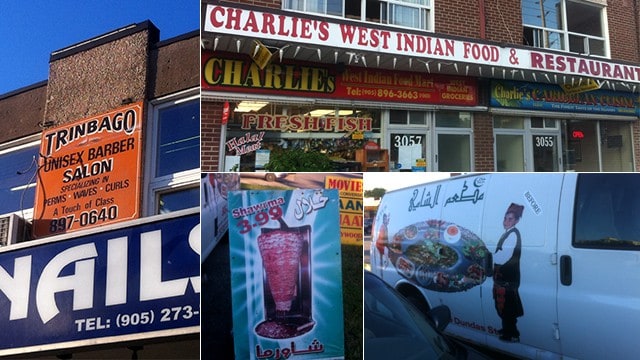 Here it is, the spot that some think of as the grimiest part of Mississauga and some think is the greatest, most essential hub of the city, Dundas and Highway 10.

Compared to most other neighbourhoods in Mississauga the vast majority of residents in the area speak English as a second language and bring their uniqueness to many of the businesses in the strip plazas that line the neighbourhood.

Whenever I head to the hood (so to speak) the first thing I tend to do is get “lined up” and the best place for a fade in the city is at TrinBago’s Barbershop, located on the second floor of an extremely busy strip plaza. This is the place to be seen if you are a young West Indian male or a guy that can fake the funk like I can. 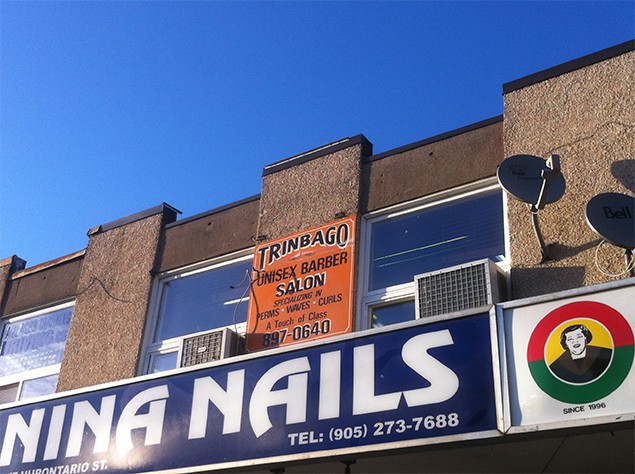 Here you can get a fade and be entertained by the employees as they compete as to who has the most outrageous story about Guyana, Trinidad or Jamaica. Today’s winner was a story which ended with someone wrestling with a leopard in rural Guyana.

Keeping on the West Indian tip I head north on Hurontario to the Mecca of Guyanese and Trini Culture in Mississauga, Charlies. I have been going here for years and despite the opening of larger grocers that cater to this community (Oceans I’m looking at you), the crowds still seem as big as when he first opened way back when.

The best part about Charlies is that he has a restaurant right next door and let me tell you the grub is killer. Like many Guyanese restaurants, they have both West Indian curry’s and the often sought after Guyanese Chinese cuisine. Take from a guy that married a Guyanese guuuuuuuuuuurrrrrrrl, try Charlies Special Mixed Fried Rice or Chow Mein.

So, as I head across Hurontario to Dundas I stumble upon the mall on the South West corner which caters to a more Middle Eastern crowd.  Here is where you will find Nader, which is a small yet well stocked Middle Eastern grocer. 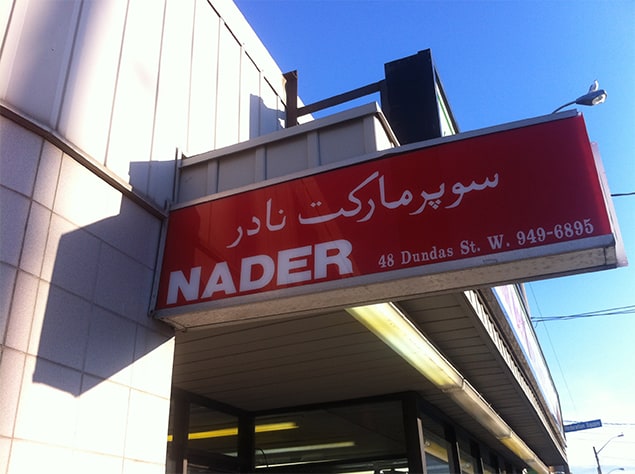 One thing that many people seem to come to this place for is the wide arrange of hookahs at reasonable prices. The clientele here appears to be on the conservative side so try to act accordingly and keep your short shorts and banana hammocks at home.

As you can tell this particular plaza caters to the Arab community in Mississauga. Here you will find a variety of restaurants and grocers that seem to all offer the “Freshest Halal meat and Shawarma”.

Many of the establishments in this strip plaza seem to have a similar trend in advertising which is a two pronged approach. One being the typical store front sign and the second an advertisement on some sort of vehicle that hasn’t appeared to have moved since Hosni Mubarak was still in power. 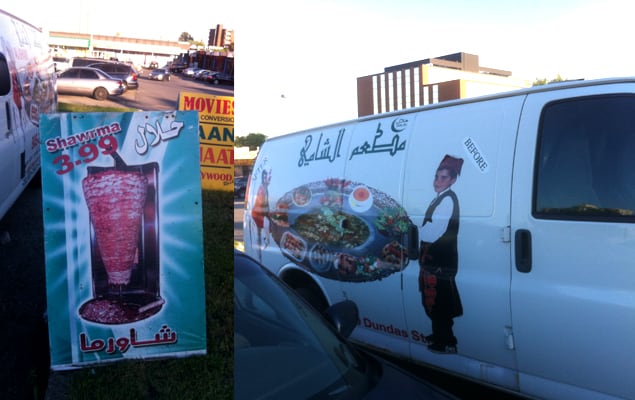 Regardless of their marketing prowess the smell of garlic, pita and rotating meat has certainly intrigued my senses and I will be sure to come back and review a few of these joints.

Well, there you have it. My little jaunt through this fascinating area which I am sure brings back memories for many of us.

It’s funny as I sit here and write this, I think about how many of us are first generation Canadians and how our parents may have visited a neighborhood like this to grab all of the ingredients to cook whatever dish it was from “back home”.

I specifically remember being in class one day in grade 5 as I watched all my classmates eat left over chicken fingers or ham sandwiches for lunch and laughing as I opened up a curry bomb that sent half of those kids into orbit.

This article is dedicated to all the moms that got that goat from the hood, and that keep supporting the local businesses that make up this area.