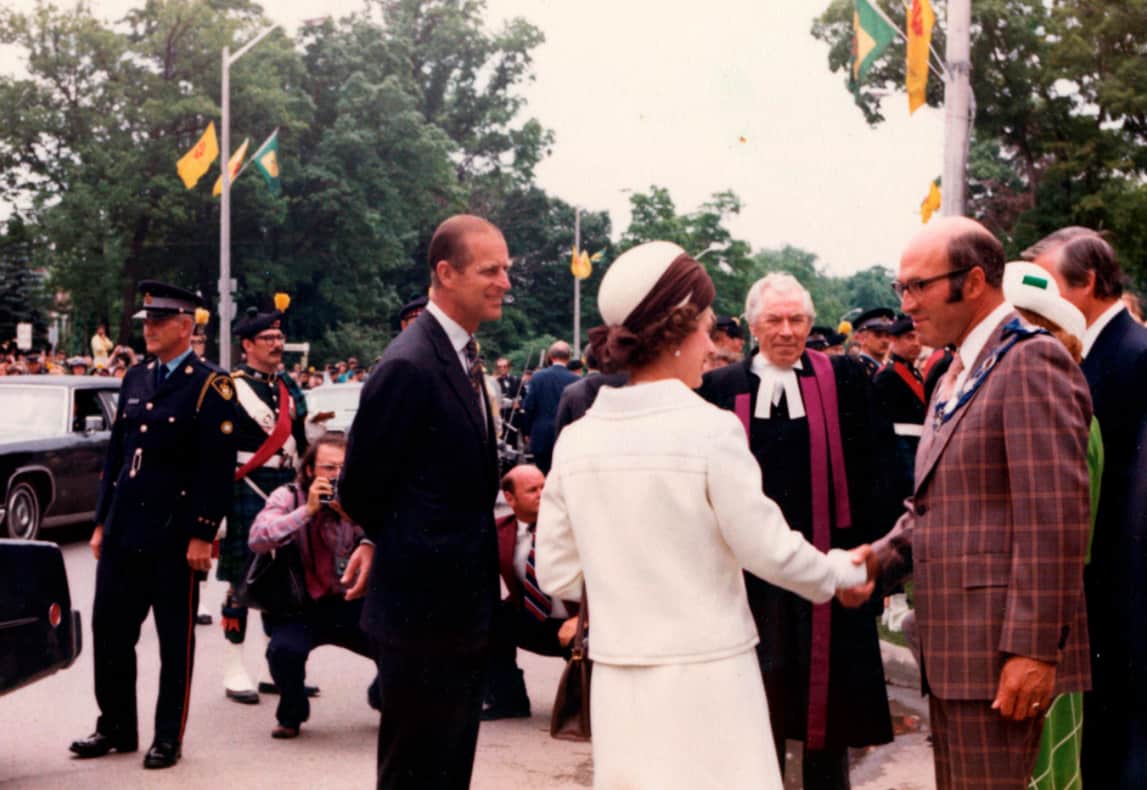 Queen Elizabeth and Prince Philip once paid a visit to Brampton to celebrate the 100th anniversary of the town.

With the news that Prince Philip has died at age 99, many are remembering the brief visit where the royal couple were greeted by Mayor James Archdekin.

During the visit, the Queen and Philip were taken to Gage Park where they were guests of honour during official centennial celebrations.

An interesting fact about the Queen and her husband; both are great-great grandchildren of British monarch Queen Victoria.

(Prince Philip watches as Queen Elizabeth is welcomed to Brampton by Mayor James Archdekin in 1973/ Photo from the Peel Art Gallery, Museum + Archives)