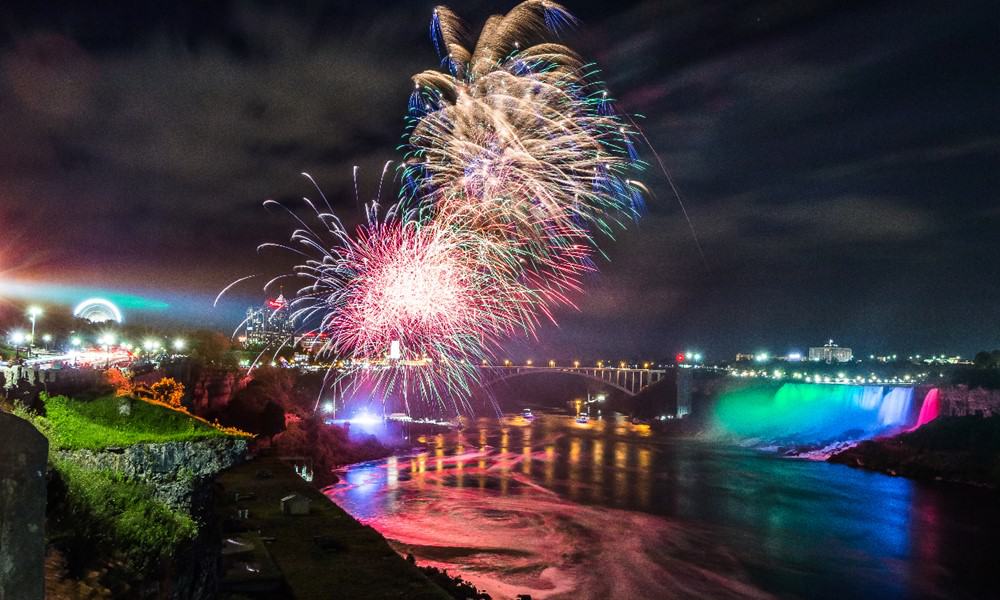 Niagara Falls was looking for 2021 to be their big comeback to New Year’s Eves of the past. With 75 live concerts around town between December 27 and January 1, this was to be the year that music returned to the tourist capital of Canada.

“Visitors have been looking forward to the return of live music for a long time in Canada’s entertainment capital and we’re pleased that we won’t disappoint them,” said Janice Thomson, President and CEO of Niagara Falls Tourism.

“We’ve taken a judicious approach to planning Niagara Falls Music Live and New Year’s Eve celebrations in Niagara Falls. As a result, visitors can continue to look forward to the celebrations as planned with only some minor schedule adjustments.”

In other words, where the recent Provincial restrictions set on December 17 may have slowed the ball from rolling a little, they haven’t stopped it.

“The health and safety of all who visit, work, and live in Niagara Falls has always been top priority throughout this public health crisis as demonstrated by our http://SafetoPlay.ca commitment,” said Joel Noden, Chair of Niagara Falls Tourism.  “We will continue to meet and exceed safety protocols in all that we do.”

Says the tourism board, “Canada’s Entertainment Capital offers up an extraordinary setting and diverse line-up of New Year’s Eve celebrations from major concert events, magic shows and live music in restaurants, bars and lounges as well as the memorable ambiance of New Year’s Eve dinner at one of the famous Niagara Falls restaurants with breathtaking views of the Falls.”

And for pure family fun eye candy, do not forget there will be fireworks over the falls every night at 9 pm from December 27 to January 1 at 9 pm with two displays on December 31 at 9 pm and, of course, midnight.