The Most Popular Japanese Restaurants From Toronto Coming to Mississauga This Weekend! 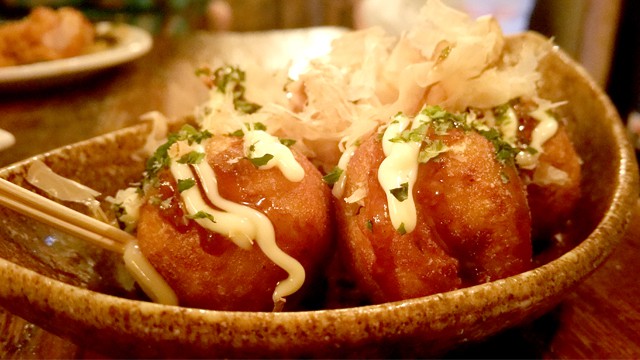 The biggest Japanese festival in Canada is coming to Mississauga’s Celebration Square this Sunday, with much to discover in terms of Japanese culture, entertainment, and of course, food!

The event will feature catering from twelve popular Japanese vendors, each with their own unique tastes and charms, listed below. Read all about ‘em and get your taste buds hyped for the weekend!

Izakaya Ju
Found on Steeles Avenue in Markham, Izakaya Ju is a compact restaurant that serves charcoal-grilled chicken skewers, sushi, and creative small plates among other items. You may also want to try their Osaka omelet or pork belly and chicken karaage.

Kinka Izakaya
Kinka Izakaya invites you to explore Japanese cuisine with their lunch and dinner menus, offering a generous variety of foods such as ramen, donburi and sashimi. Desserts include smooth almond tofu and deep fried brie cheese with mango and berry sauce.

Kinton Ramen
This restaurant promises the best authentic Japanese ramen in Toronto. Customers can choose between pork ramen and chicken ramen, then pick from flavours such as shoyu, miso, and spicy garlic. Additional toppings include swiss cheese, seasoned egg, and sweet corn.

Mye Japanese Restaurant
Calling itself “A little Japan in the heart of Oakville,” Mye serves Japanese dishes with a calm and peaceful atmosphere. Lunch specials include tori nanban, deep fried squid, and crunchy filo shrimps and scallops, with side dishes of sushi, noodles and more.

Ramen Raijin
Ramen Raijin is a spacious, contemporary Japanese restaurant in the centre of Toronto. Patrons can enjoy more than 10 different kinds of pork and chicken ramen with a variety of side dishes, desserts and drinks to go with it.

Ryoji Ramen and Izakaya
Established only a few years ago, Ryoji claims to be the only Okinawan-style Izakaya (Japanese bar and restaurant) in Toronto. The menu includes dishes such as yakimono, agemono, and of course, ramen noodles.

RYUS Noodle Bar
RYUS offers a modern, simplistic environment in Toronto that serves ramen in a variety of options: vegetable miso potage, angus roast beef, and shio plum. Alongside its noodles, RYUS also has an array of spicy soups and Japanese side dishes.

Zen Japanese Restaurant
This restaurant aims to preserve traditional Japanese culture and cuisine with an array of sushi, sashimi, and hot appetizers such as soft shell crab. If you’re craving some ice cream for dessert, Zen offers several different flavours, including ginger and green tea.

In addition to all of the great food, the festival will also feature some amazing aspects of Japanese society; for example, the “Q’mo” electric vehicle sponsored by NTN Corp. in Japan. The Q’mo is designed with new-era technology that conventional vehicles lack, and its capabilities will be demonstrated at the festival. This cars price tag is a whopping $500k!

There’s a lot of exciting stuff going on so don’t miss out on the event. See you there, Mississauga!

The menu has just been released: 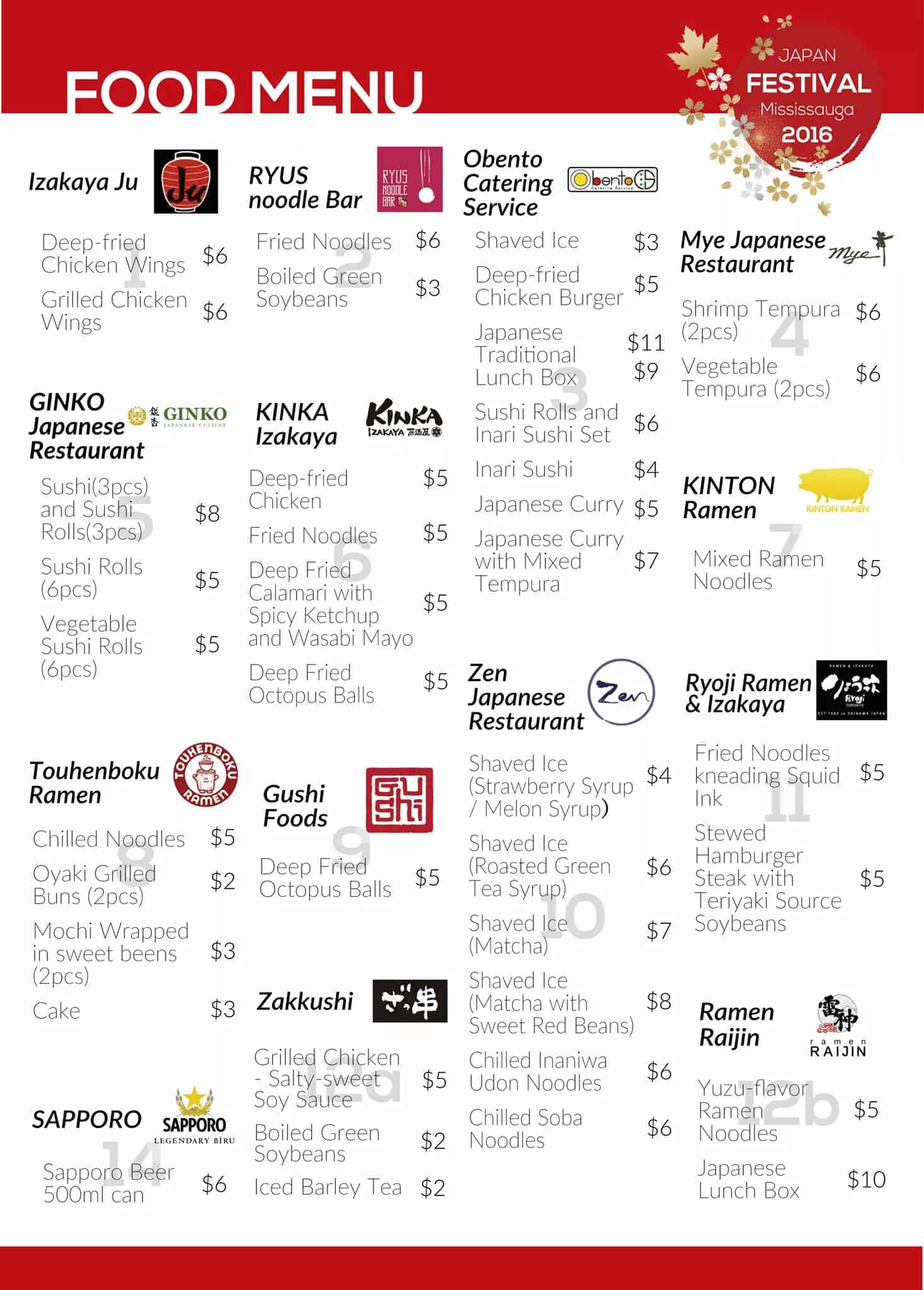