The Most Japanese Food Ever is Coming This Weekend 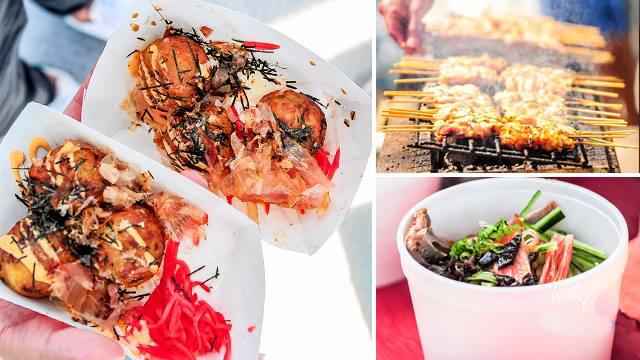 If you love getting your eat on at the amazing sushi places in Oakville and Burlington, you’ll probably be super excited to hear what’s happening a short drive from Halton (and you’ll recognize a <


If you love getting your eat on at the amazing sushi places in Oakville and Burlington, you’ll probably be super excited to hear what’s happening a short drive from Halton (and you’ll recognize a well-known restaurant from Oakville!).

Japan Festival Canada (formerly known as Japan Day Mississauga), is running from Saturday, Aug. 26 to Sunday, Aug. 27 in downtown Mississauga (across from Square One) at Celebration Square and it will, for the first time, offer two days of festivities instead of one.

Just in case you forgot, the inaugural Japan Day Mississauga (now called Japan Festival Canada) was held at Celebration Square last summer and it more than lived up to the pre-event hype. The festival welcomed approximately 40,000 people during its bustling eight-hour run.

The event was held to celebrate the 35th anniversary of Mississauga’s relationship with its Japanese sister city, Kariya. Now, organizers hope the event—which is celebrating Canada’s 150th birthday and the overall theme of “celebration”—becomes the biggest Japanese festival in all of North America.

This year, organizers expect up to 80,000 people to attend.

The inaugural event was actually the largest Japanese event ever held in Canada and was organized to introduce “Wa” or “True Japan” to Canadians. The soiree was a huge hit, possibly because it celebrated one of Japan’s greatest and most crucially important exports (food) and was run similarly to a traditional Japanese summer festival (or Matsuri). The day was absolutely packed with spectacles, including drumming, dancing, J-Pop, breakdancing, sake and traditional Japanese food.

As far as food goes, attendees can expect more food vendors and a greater selection of Japanese classics this time around.

As for what foods will be available, vendors will be serving everything from ramen and shortribs and udon to sushi and yakisoba and Japanese-style hot dogs.

Thirsty guests will also be able to enjoy Japanese beer, sake and whiskey in a designated area.

Fans who love racing will also be in for a treat, as Indy 500 Driver Takuma Sato will be at the celebration on Sunday at 1 p.m. Anyone who’s into cars and racing will get to see both Sato and an authentic Indy car, presented by the NTN Bearing Corporation of Canada. For those who are unaware, Sato is a Japanese professional racing driver who competed in Formula One from 2002 to 2008.

The festival will kick off with an opening ceremony on the Saturday that will be attended by a yet-to-be-announced high-profile Canadian government official, as well as Kenjiro Monji, the Ambassador of Japan to Canada and Yasunori Nakayama, Consul General of Japan in Toronto.

The festivities will also be MC’d by inhalton.com’s very own Khaled Iwamura—a former Japanese drummer who is proud to be half-Japanese himself.

In addition, there will be a lucky draw for attendees. The first prize is a pair of airline tickets to Japan, along with “luxurious hotel accommodations” and a gift certificate to be used in the country.

The winner must be available to attend Prize Award Ceremony on Aug. 27 at 5:30 pm.

As far as entertainment goes, attendees will also be able to check out a number of performances and participate in a few choice activities.

According to event organizer Terry Wakasa, the event will welcome “a special and renowned guest from Japan” who cannot be announced just yet.

Attendees who want to enjoy indoor festivities can head into the Noel Ryan Auditorium (located in the Central Library) to watch a famous Samurai Movie presented by well-known Japanwse film company Shochiku. Guests can also enjoy a Japanese language workshop and a kimono workshop.

Wakasa says the festivities will also boast a traditional Taiko performance, a kimono fashion show, Japanese martial arts (Karate, Kendo and etc.) and more. The event will finish with Bon Odori (Japanese Square Dance) at the end of the event on the Sunday.

Would you like to see this event in Oakville or Burlington?