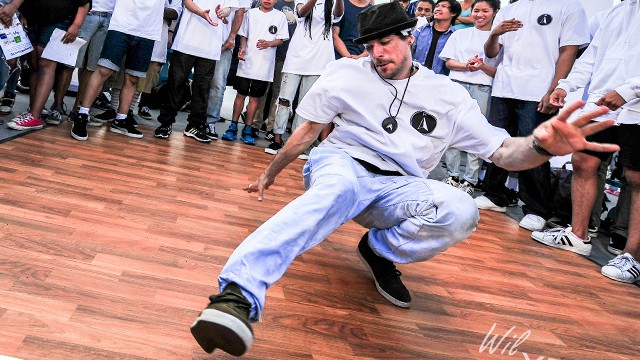 For Marcelino “Frost Flow” DaCosta, the art of breaking isn’t just a style of dance. It’s a philosophy, a tool that can be used to educate and inspire people everywhere.

DaCosta has been on the breaking scene for 18 years and is now an accomplished b-boy, mentor, and activist who has won national competitions and toured in multiple countries all around the world.

His story of success doesn’t have the happiest beginning, however – it started at the young age of 14, when his best friend passed away.

“I didn’t really have a group of people to chill with so hanging with the b-boys was solace for me,” DaCosta said.

He described his experiences with breaking as a young teen, saying “I was really passionate about it. It was giving me something that was nurturing me. And at the time I didn’t realize it, but it was healing for me. So I grabbed onto it immediately.” 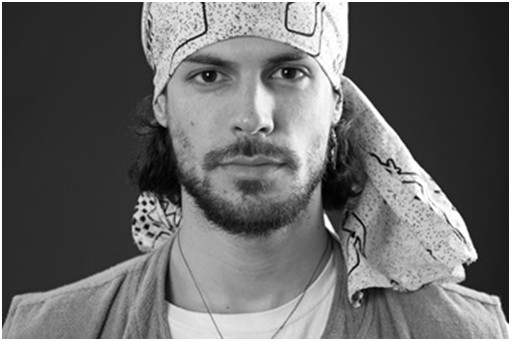 “I started when I was about 16. At that time, there was an influx of hip hop culture all over the mainstream,” he said. “I was part of a whole generation that kinda started all across the world in the late 90’s.”

From that point on he became actively involved in the community, doing performances and entering competitions.

His b-boy crew, Ground Illusionz, started in 1999 as a small group of passionate breakers.

“It’s a heavy crew with a heavy history,” he said. “We started out as a 905 crew based in Mississauga. Between 1999 and 2003 we’d won countless tournaments in the underground scene and we were doing stage performances, music videos, opening up for artists… we had a name nationally.”

DaCosta remarked on how much success the crew had found even in a time before the internet and social media really started to blow up.

After 2003 the group went on a bit of a hiatus, so DaCosta took the opportunity to start getting involved in community development work.

“In 2004 I threw one of the first art festivals in Mississauga that was catered to urban arts. There were about 26 artists across the GTA that collaborated with me,” he said. “That was the catalyst for events like Manifesto.”

DaCosta said he was able to use such platforms to rebuild the crew. Working directly with the city of Mississauga, he connected with and nurtured many different students.

Not only did Ground Illusionz find a lot of new members, but the original crew ended up coming back as well.

“Between 2004 and 2009, Ground Illusionz was in full force again. We had original members return and we had a whole new four generations of breakers.”

The crew had 30 members by that time and had built connections between Canada and b-boys in Japan.

“We were not only focused on battling and doing showcases any longer,” he said. “We were also about sharing knowledge and facilitating experiences from people, running events, doing classes. We started to evolve into a hip hop collective.”

Ground Illusionz became internationally known and respected, with many of DaCosta’s protégées going on to win international competitions and become world-renowned.

Of course, the crew’s worldwide success involved DaCosta’s many travels throughout his b-boy career.

“I’ve toured so many different places,” he said. “I’ve been to Europe, I’ve been across the United States, and I’ve toured across Japan, connecting with the top b-boys in the world.”

Ground Illusionz went from an underground battle crew to a group dedicated to community work, creating substantial change that has affected the Mississauga community.

“That’s something that Mississauga doesn’t understand, the weight and clout that Ground Illusionz has,” DaCosta said. “We’ve been putting Mississauga on the map before a lot of people.”

Since then, DaCosta has continued to work as an educator and mentor, teaching city-endorsed classes that focus on breaking and hip hop culture.

In 2015, he did a TEDx talk in Vancouver where he showcased his breaking to an audience of more than 3,000 people and talked about the philosophies that he associates with breaking, such as “each one teach one” and “a little encouragement can go a long way”.

He also talked about one of his biggest inspirations, an older b-boy known as Wayne Frost or “Frosty Freeze”. He spoke about meeting Frost for the first time, and how the similarity in their stage names created something of an immediate bond between them.

“Some of the most important things I’ve learned from b-boying is to understand who you are as a person,” he said. “Understanding your own culture, understanding what makes you tick and how you relate with others.”

He said breaking taught him a lot about building himself as a person while at the same time being in a position where he can build others as well.

With so many high points in his b-boy career, DaCosta says he’s had five big goals in life that he managed to accomplish.

“One of my dreams was to become a national champion, and I did that a couple of times,” he said. In 2012 he won Skillz-O-Meter, a one-on-one dance tournament that happens annually in Montreal.

“My second goal was not only to see any of my students become a champion on an international level, but to have my students just be successful in life. I wanted anyone learning under me to become very successful at what they do. And I saw that.”

Two other goals he had were to tour Japan, which he did, and advocate his culture on a high platform, which he accomplished with TEDx.

Lastly, he wanted recognition, and he got it.

“All my mentors and the people that I’ve looked up to for countless years, locally, nationally, internationally – I’ve earned respect from these people,” he said.

“I don’t care about fame, I care about recognition. Fame is something else. Recognition, acknowledgement, respect for what you do – that’s what’s important.”