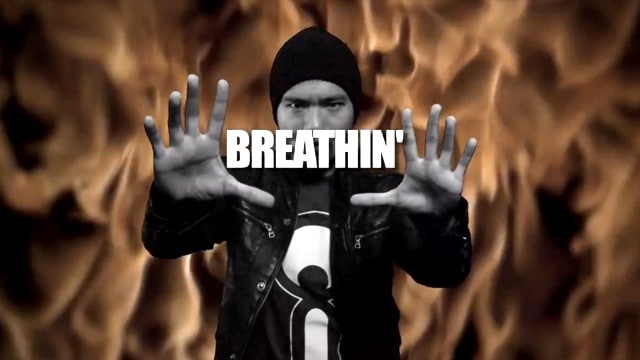 Castro, performs under the stage name The Identity Crisis. He is a singer, songwriter, rapper, multi-instrumentalist, and producer that prides himself on making unique, cutting edge entertainment.

His captivating wordplay and dynamic showmanship have earned him opening slots for the likes of Stereos, Karl Wolf, Kitchie Nadal, Rob Base, Thousand Foot Krutch, the Junction, Grits, and Maestro Fresh Wes. He has also shared the stage with Shawn Desman and Danny Fernandes.

His versatility has lined up collaborations with many different artists including the RZA (Wu-Tang Clan), Tyler Connolly (Theory of a Deadman), Jeremy Larson (MuteMath), Ricky Tillo (Lady Gaga), Coffee Jones (Grits), the Durrani Brothers (Imran Khan), Justin Nozuka, and Grammy nominated songwriter/producer Randy Crawford (tobyMac).
“Empty” is the new single, off of my album “I Hate the F Word”.  It is about the constant struggle to achieve a dream that seems within grasp, yet still so out of reach.  Going at it relentlessly for so long, and realizing the sacrifices along the way have kind of left me feeling depleted.

For the video, I teamed up with ReDEFining Films (“Waited”, “Rock and Roll is My Woman”).  It was directed by Jean-Paul Carthy, and produced by Emily Livingston.  We shot it on green screen, and they worked extremely hard to make it look the way it does.  Some of those graphics are hand drawn!  I’m proud of the way it turned out.

Check it out and like his  fan page at www.facebook.com/theidentitycrisisfanpage.