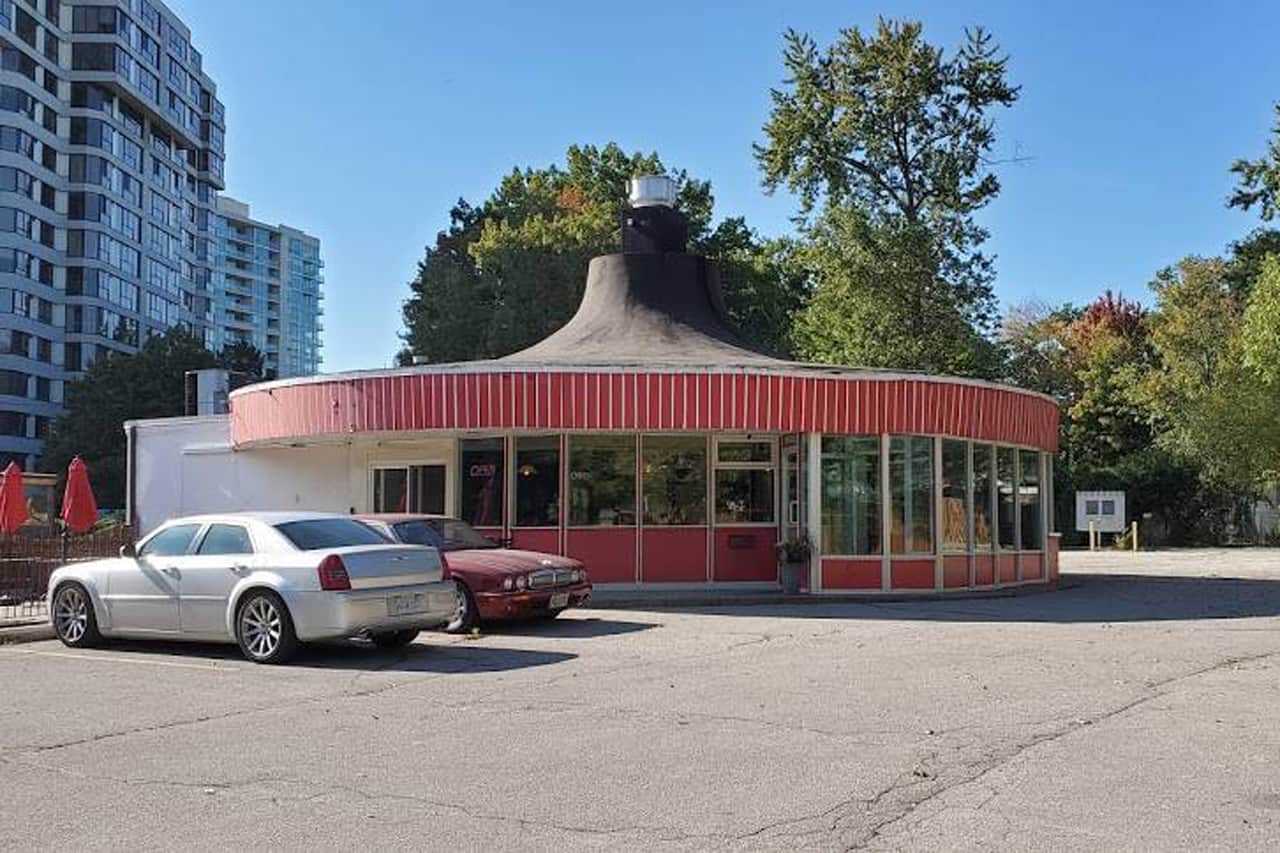 Originally designed to look like a hat, an oddly shaped Mississauga restaurant quickly became known as the Satellite during the height of the space race.

Built in 1958, the Satellite Family Restaurant at 1969 Lakeshore Rd. W. was originally called The Mexican Hat but the owner, Stephen Holowachuk, heard people call it a spaceship so he changed the name to Satellite, according to City of Mississauga history book, Clarkson and its Many Corners.

“It looked like a spaceship and it was during the space race,” George Hantzakos, who owns the property with his family, tells insauga.com.

A huge neon sign went up along with a string of lights on the roof. During the late 1950s and 1960s, much of North America was fascinated with space exploration. The first crewed moon landing was Apollo 11 in 1969, and space age-era architecture was all the rage. 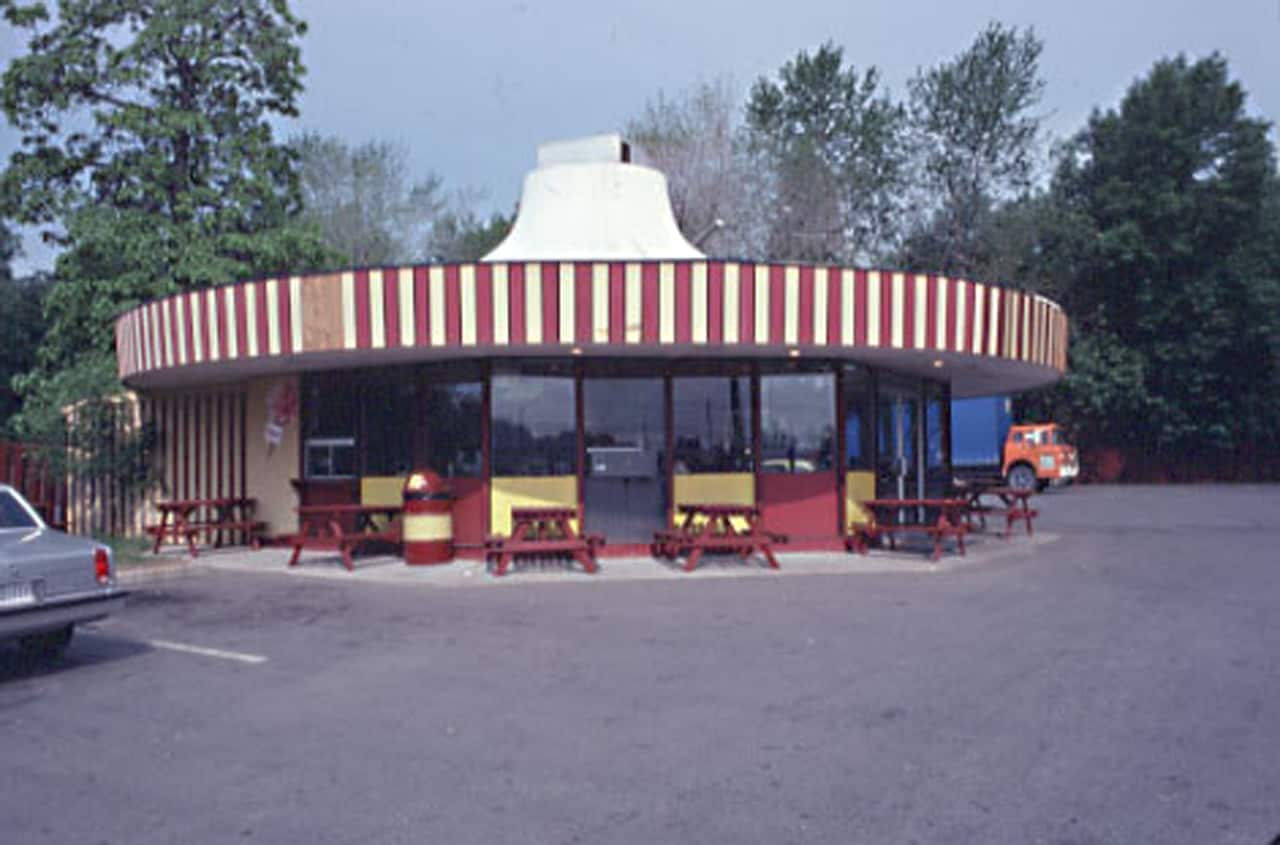 Whether it was the unique look or the food, the Satellite quickly became a popular drive-in spot known for hot dogs and hamburgers.

“In it’s heyday, the parking lot was full to capacity,” Clarkson and its Many Corners noted. “It was the ‘in’ place where everyone hung out and enjoyed good food and camaraderie.”

George’s father and owner Mike Hantzakos introduced Buffalo wings and was selling over 700 pounds a week at one point, according to Clarkson and its Many Corners.

Mike started out as a cook in 1979 working for Gus Douridis. Mike bought the business in 1984, and later, around 1995, he bought the property, including the restaurant next door (the Windjammer). George and his sister Katina worked in the restaurant over the years. 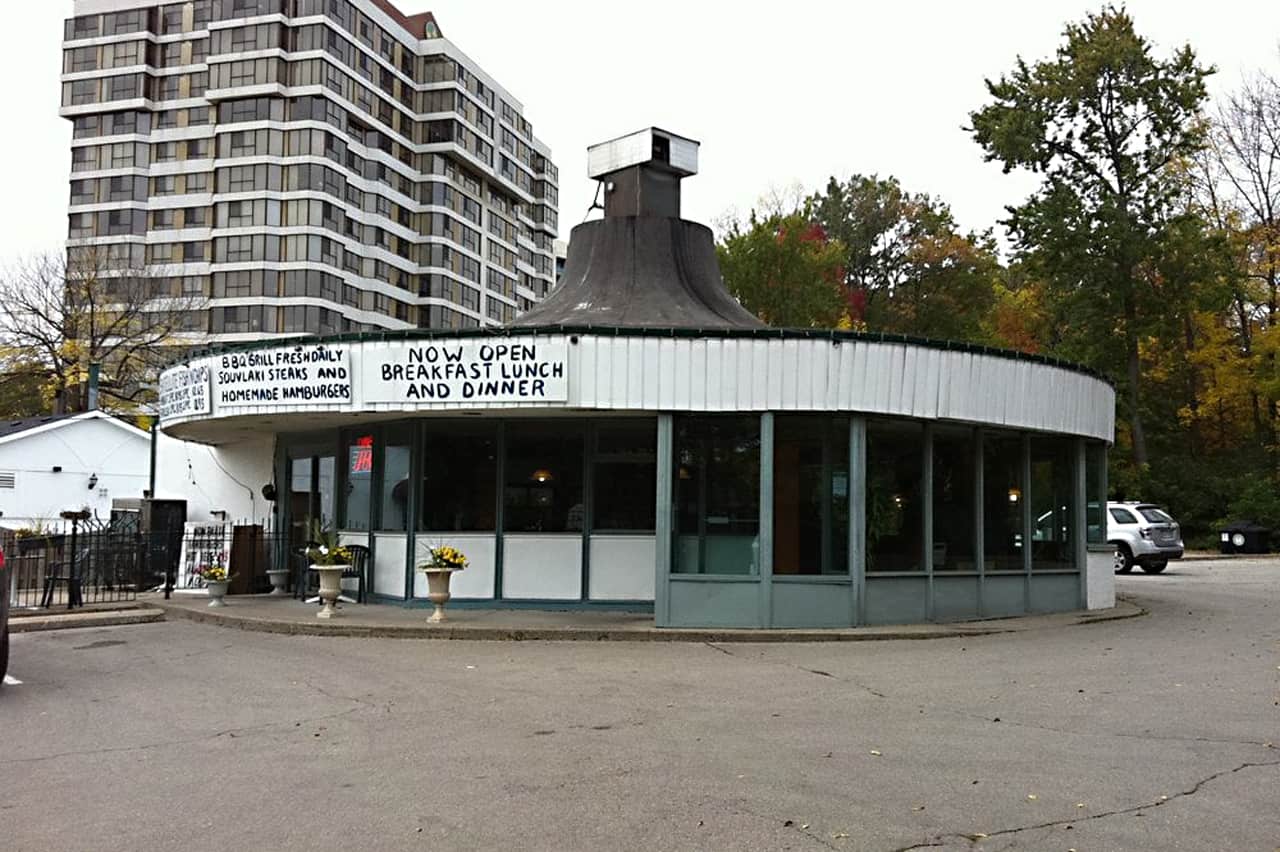 The restaurant continued to be a popular spot in the 1990s, George says.

“All of our food was fresh, freshly prepared. We had homemade burgers, homemade fries, homemade shakes. Every day, everything was freshly made,” he says. “It was a very, very busy place back in the day.”

The Satellite also served as a movie set over the years as well. In 1990, Prom Night III was filmed there and George was an extra. He appears in one of the last scenes of the movie when a couple drives up to the restaurant. He is in the kitchen cooking.

“It’s shown through from the outside, looking into the restaurant,” George says. “So if you see that person behind the kitchen, it’s an open kitchen in that restaurant, so, that’s me.”

In 1996, his sister Katina was also an extra in Hidden in America, which also filmed scenes at the restaurant. 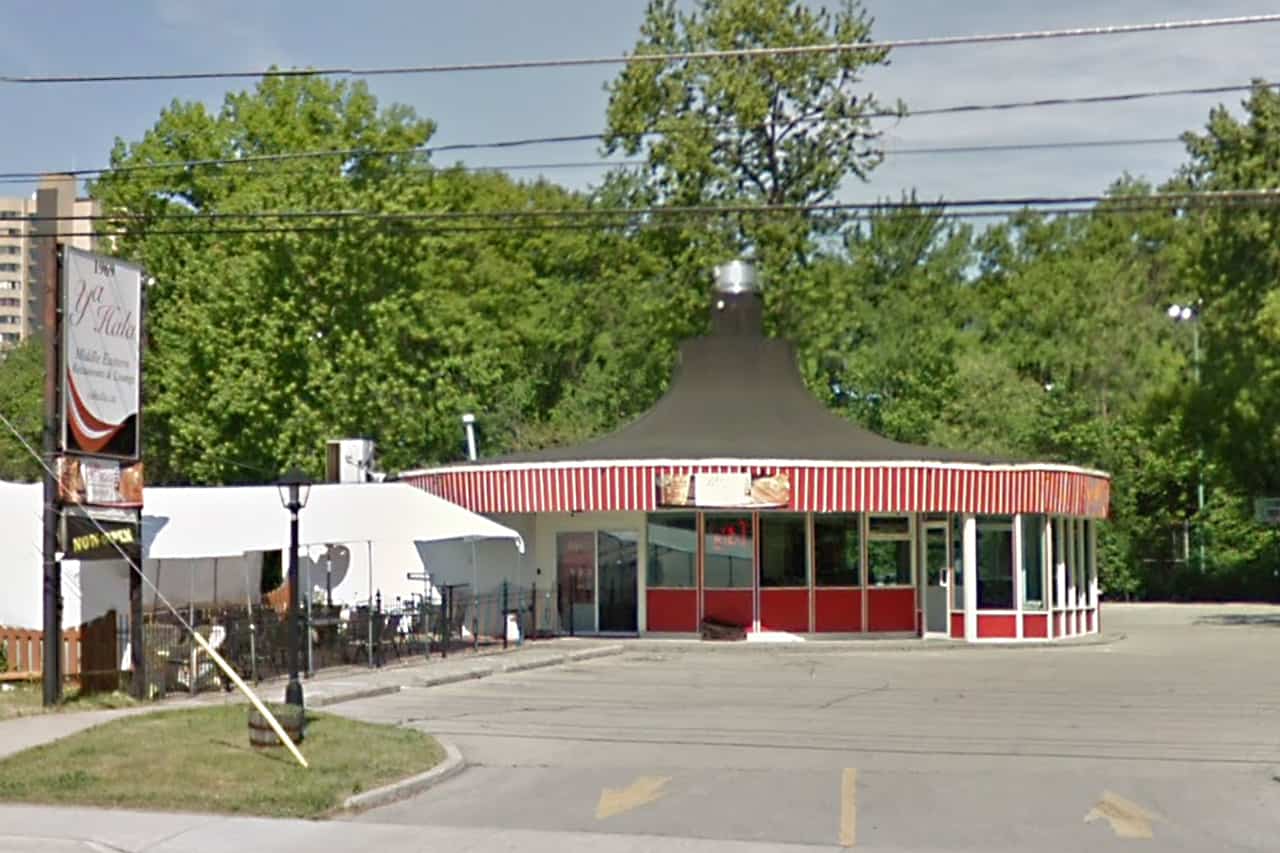 There was a Middle Eastern restaurant in the space in 2016.

In recent years, after Mike retired, the Satellite has been leased out to different owners serving everything from Middle Eastern cuisine in 2016 and a return to burgers in 2019. Most recently it was a Vietnamese restaurant called Tran Kitchen. Unfortunately, they didn’t fare well over lockdowns and later had trouble finding staff, George says. They left earlier this year. 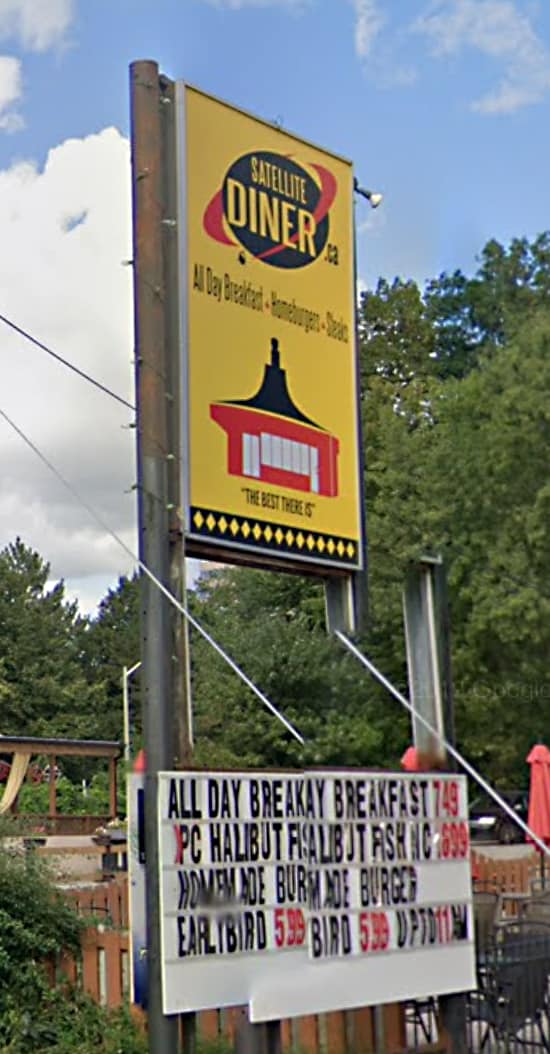 It was called Satellite Diner in 2019.  Google Maps photo

A new restaurant is renovating the place and should open soon, George says. It will be operated by the same people who run the Agha Turkish Restaurant next door.

But in the long run, the restaurant will likely be torn down and transformed into apartments or condos. 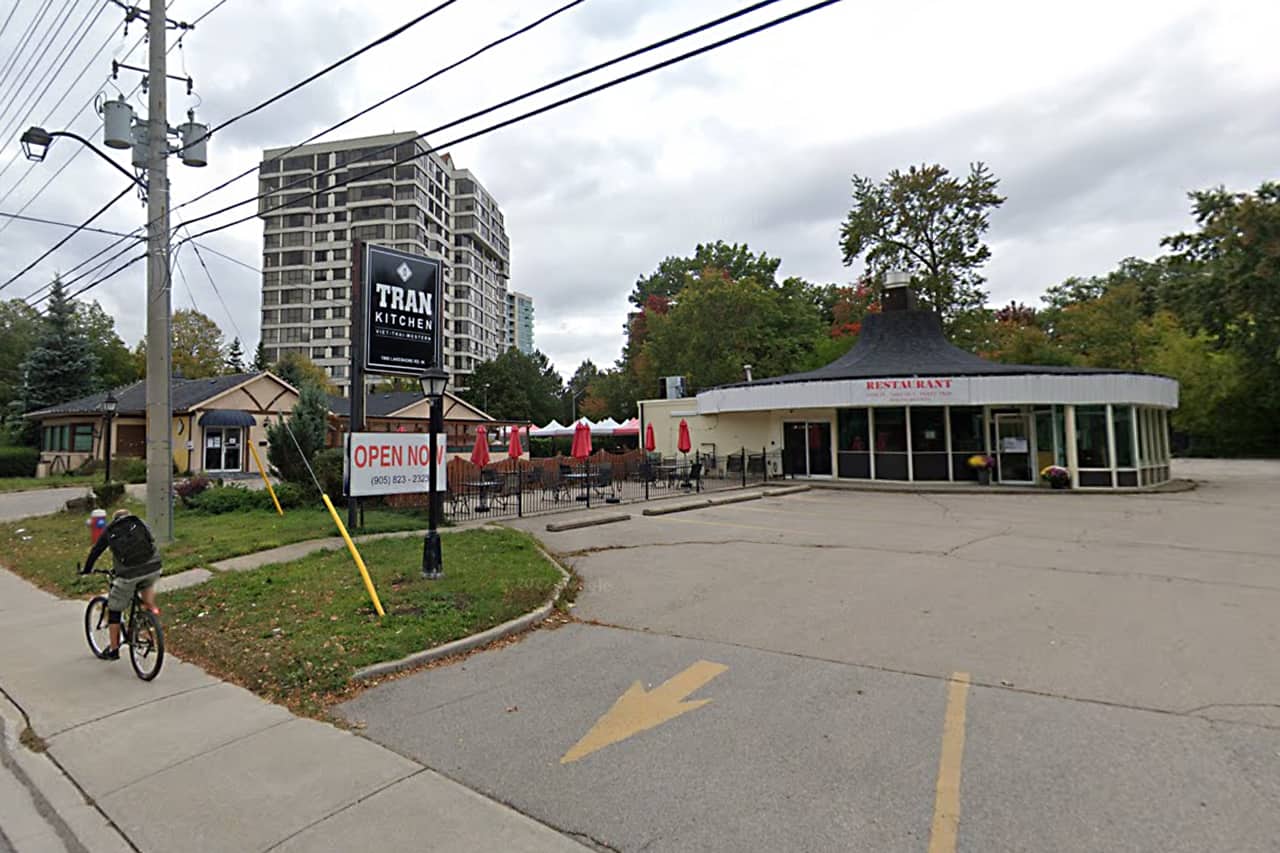 Tran Kitchen opened in the space in 2020.  Google Maps photo

The property at 1969 Lakeshore Road West is zoned to permit a 15-storey apartment building with retail at grade, according to the City of Mississauga.

George says his family had been trying to rezone since around 2005 and finally had it rezoned in 2011. He doesn’t know when the development would start as they haven’t submitted plans yet. But he says it’s difficult to pay the high taxes in this Clarkson location with the revenue from restaurant businesses.

“Around Clarkson, most restaurants are struggling,” he says.

So if you haven’t made it out yet, be sure to check out the iconic restaurant building once it reopens.