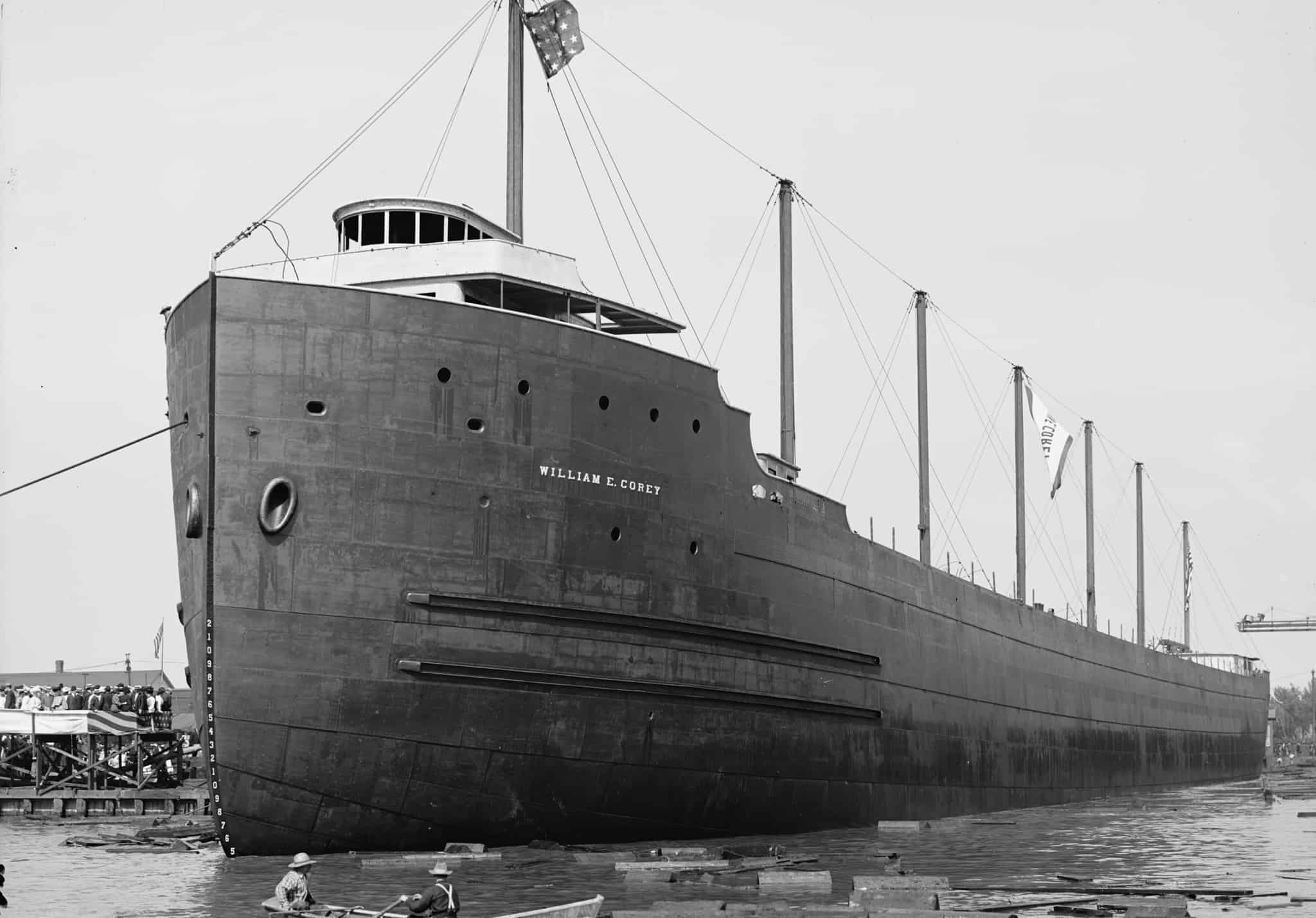 Long before it ended up as a breakwater in Mississauga, the SS Ridgetown plied the Great Lakes under a different name.

Originally named the SS William E. Corey, the ship was built by the Chicago Shipbuilding Company and was launched on June 24, 1905, according to Great Lakes Vessel History.

The ship was a steel-hulled, propeller-driven Great Lakes freighter, which spent about 64 years on the lakes.

Today, she is the fourth-oldest surviving Great Lakes freighter, according to Heritage Mississauga.

The Corey sailed from Chicago on her maiden voyage on Aug. 12, 1905 bound for Duluth, Minnesota to take on a load of iron ore, Heritage Mississauga notes.

Great Lakes Vessel History adds the ship was designated as flagship of the fleet with extensive passenger accommodations not installed on her three sister vessels. The ship served as the flagship for the Pittsburgh Steamship Company and sailed out of Cleveland, Ohio. 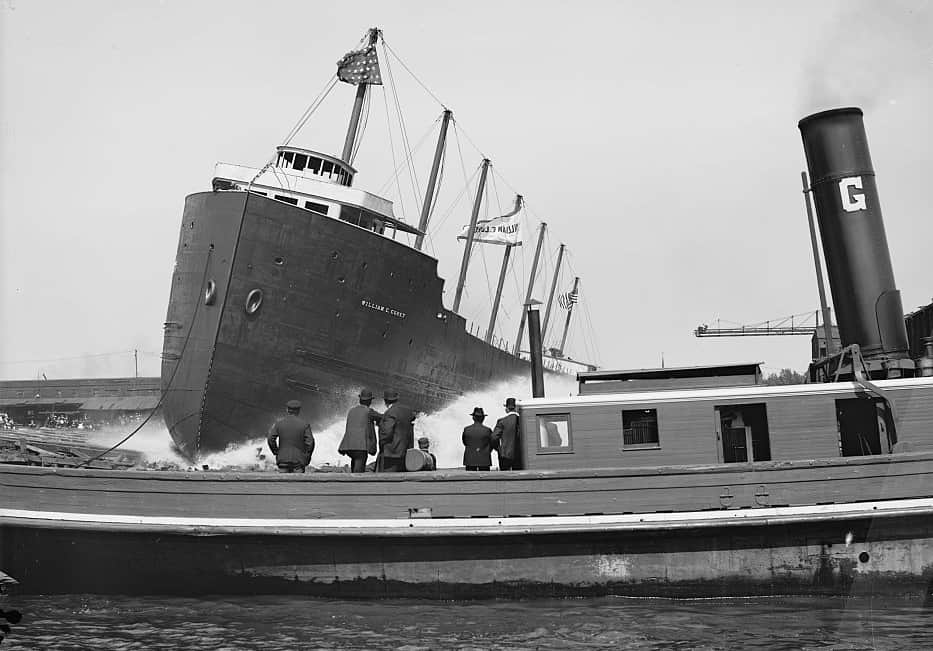 But just months after that first voyage, the Corey got caught in a hurricane-force storm known as the “Mataafa Blow” on Lake Superior on Nov. 28, 1905, according to Heritage Mississauga.

“During the hurricane-force storm, the Corey was driven hard aground onto the Gull Island Reef in the Apostle Islands on Lake Superior,” Heritage Mississauga notes. “The storm raged for three days, wrecked 30 vessels, and claimed the lives of 78 sailors.” 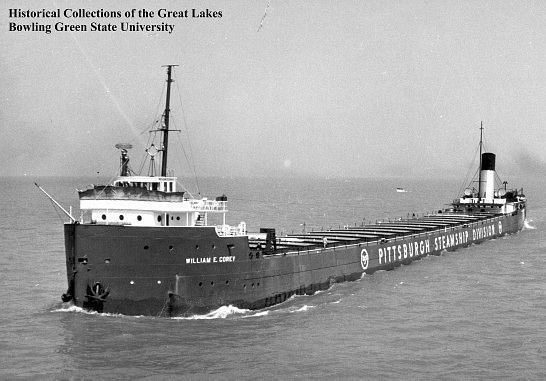 The ship survived but it took “a massive effort” to free it from the reef. The salvage included 158 men, four steamers and two tugs. On Dec. 10, 1905 the Corey was finally pulled free but the cost of salvage and repairs totalled $100,000. The Corey was reconstructed and resumed service in mid-1906.

The Upper Lakes Shipping Ltd. in Toronto bought the ship in 1963 renamed it the SS Ridgetown. 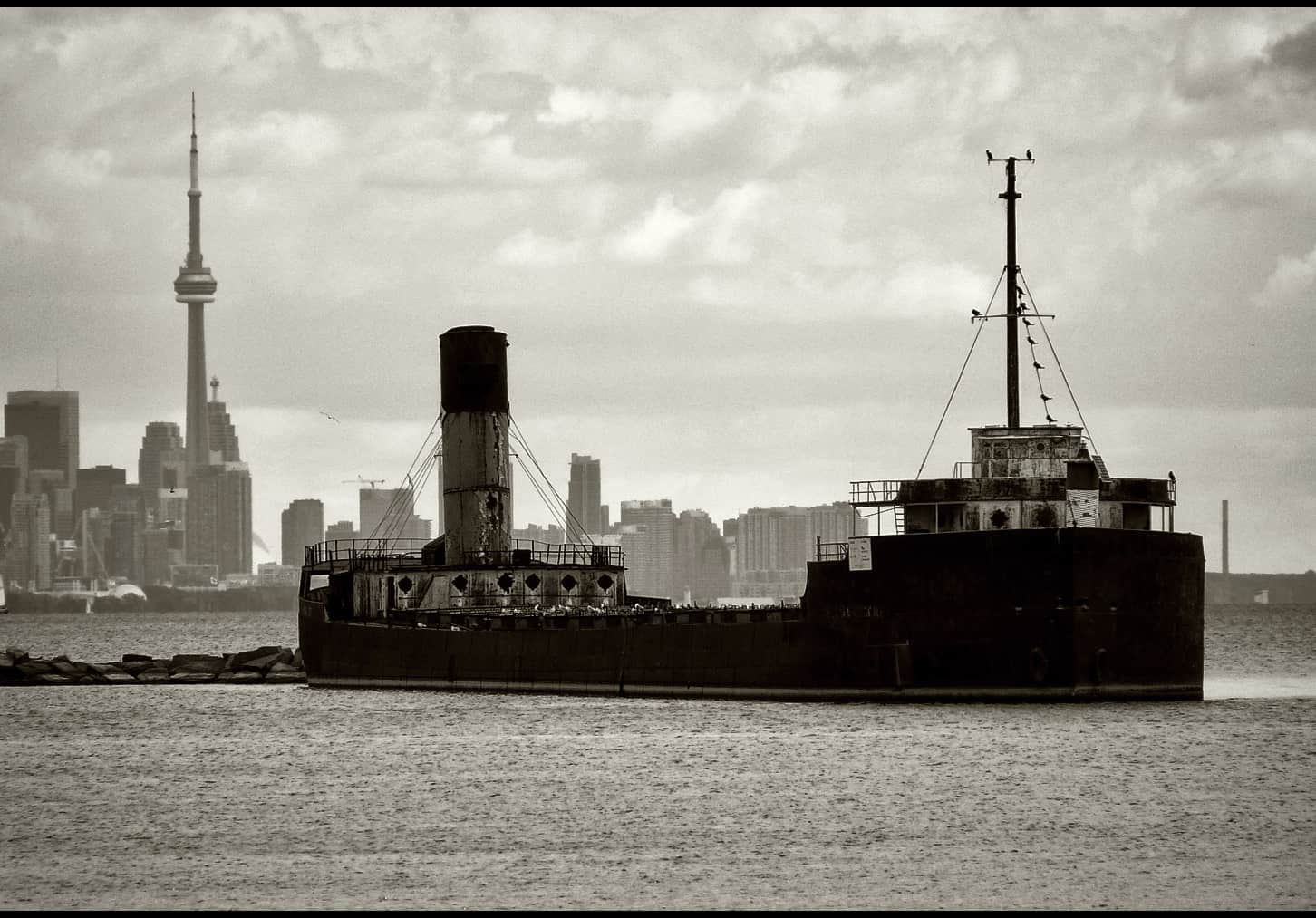 This 2009 photo shows the Ridgetown in it’s current location in Port Credit. Photo by Gene Wilburn

The ageing Ridgetown was finally laid up in Toronto in November 1969 and in 1970 sold to Canadian Dredge & Dock Co. It became a temporary breakwater at Nanticoke (near Port Dover on Lake Erie) during construction of a power plant for Ontario Hydro.

It was raised again in 1973, towed to Toronto, then sunk for a breakwater at Port Credit where it remains today.

The City of Mississauga took ownership of the SS Ridgetown in 2018, a city spokesperson tells insauga.com.

In June, 2021, the city worked with the Canadian Coast Guard to transfer some navigational aids (lights and buoys) from the Government of Canada to the city. 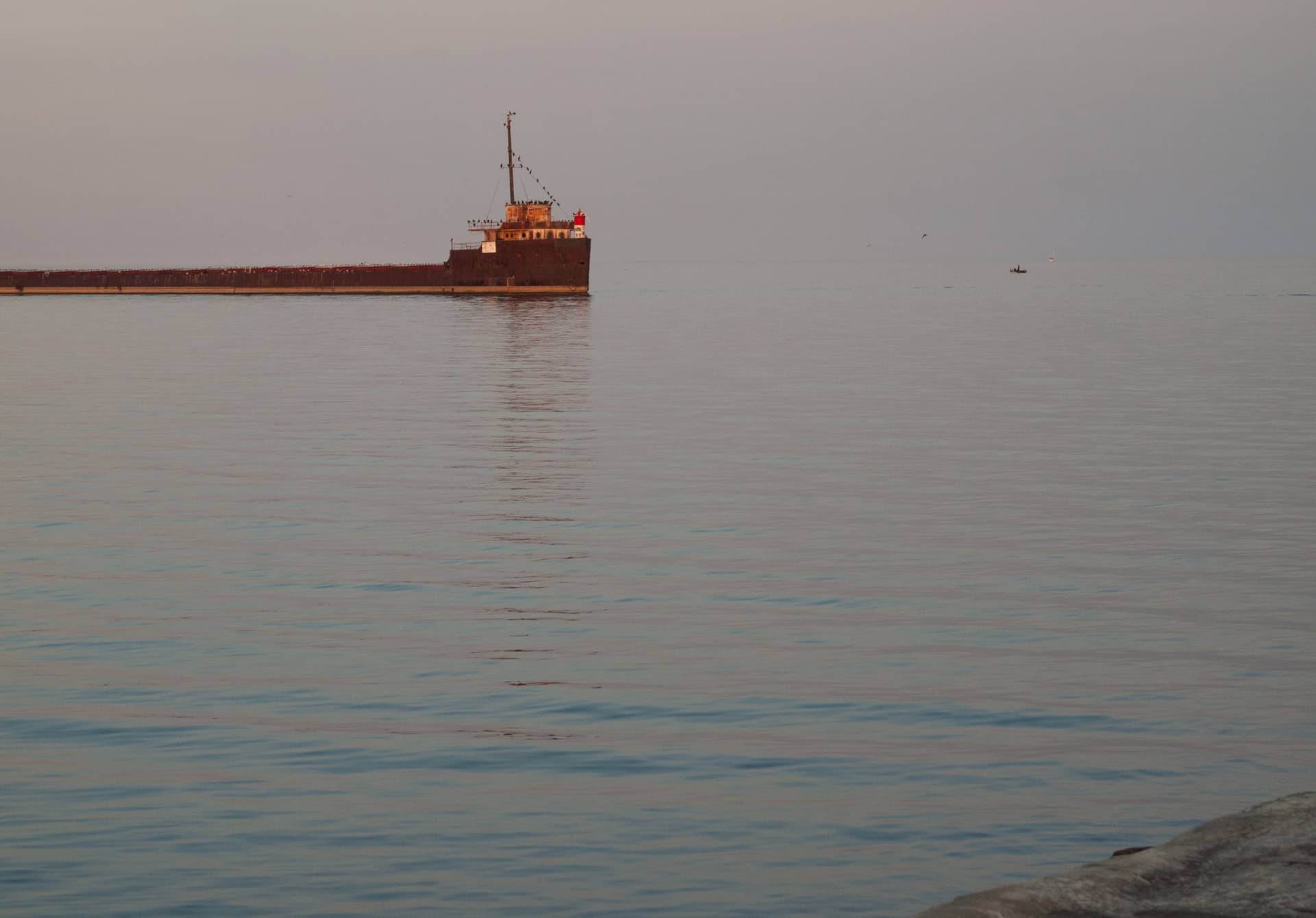 A 2017 photo shows the Ridgetown in Port Credit Harbour. Photo by Jarrett

As a result of that work, the City of Mississauga installed a lit buoy on the south side of the SS Ridgetown (the light was not placed on the Ridgetown itself due to concerns about access).

The ship is not safe to walk on.

“Due to health and safety concerns, staff and the general public are not permitted on or near the SS Ridgetown,” the spokesperson notes.

Some residents feel the ship is now in poor condition and a petition, signed by more than 150 people, calls for the city to restore the ship.

But there are no current plans for any restoration or repairs to the ship.

“As with any asset belonging to the City of Mississauga, plans for lifecycle repairs or replacement would be prioritized within the city’s capital budget pending funding availability and council approval,” the city spokesperson said.