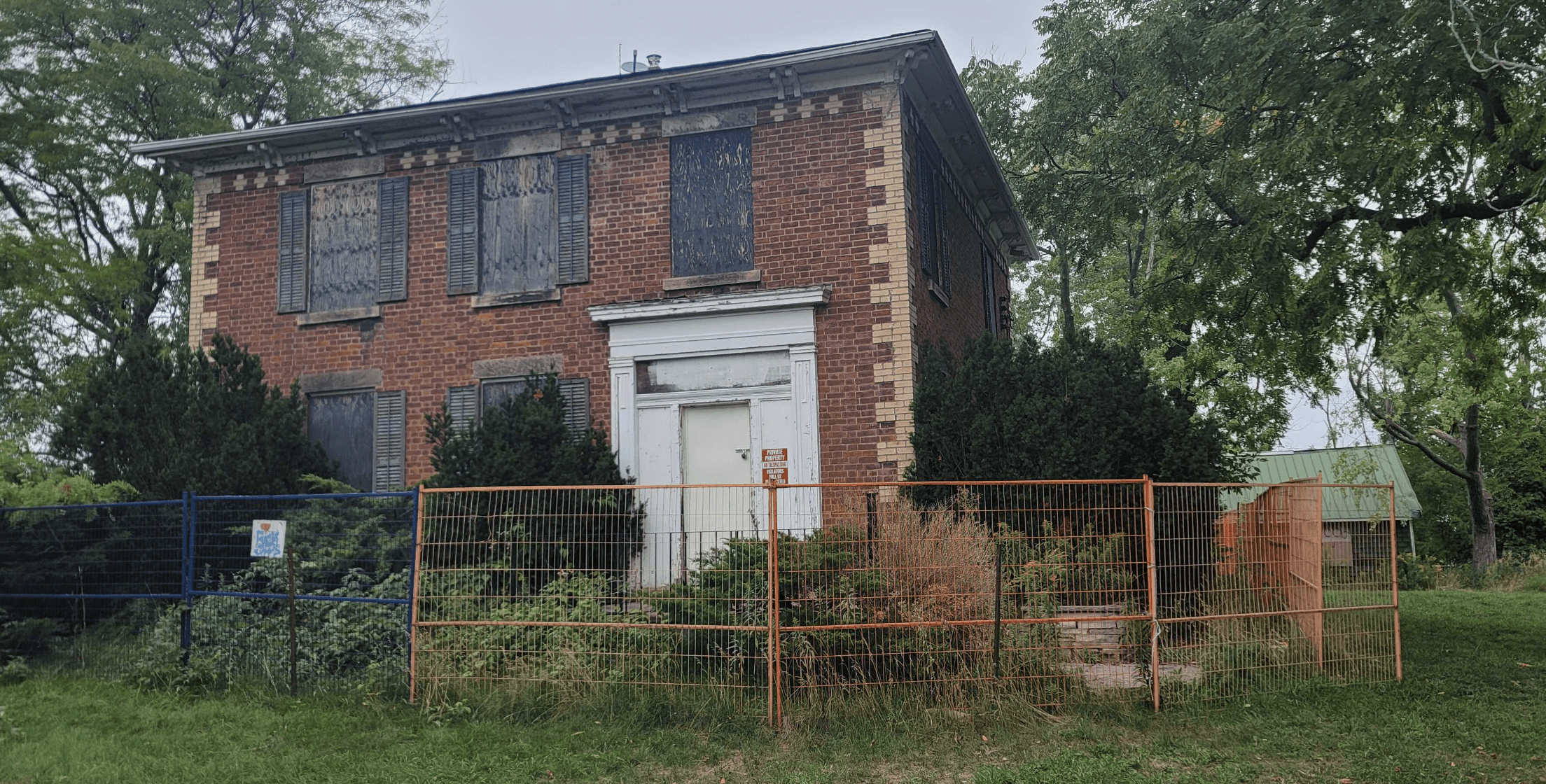 Milton residents who walk through Sunny Mount Park may have wondered at least once about the abandoned-looking building in the middle of the park.

The heritage house, which many Miltonians have dubbed “haunted,” often catches the eye of those who walk past it due to its eerie and mysterious vibes.

It’s even mentioned in a Reddit thread all about the “haunted” places that exist throughout Milton.

In reality, the heritage building, once known as “Sunny Mount Farm,” is the former residence of Austin Willmott, who was a member of a pioneer family in the Town of Milton.

It is predicted that the front two-storey brick section of the building was built roughly around 1856, according to the Designated Heritage Properties Register of the Town of Milton.

So, without further ado, here are a few fun facts about the heritage home in Sunny Mount Park.

In 2015, the land was rezoned by the Town of Milton from open space to a site-specific local commercial zone. This was done strategically to try and get a business to ultimately revamp the heritage building. Ultimately, the Town was unable to find any tenants that were interested in refurbishing the building, which led to the approval of the zoning bylaw amendment and declared the property as a surplus.

Back in 2017, a three-storey office building was proposed in the middle of the park. The development also proposed to keep the existing heritage house and re-purpose it for commercial uses.

As a result of the proposal, a petition was started by local residents who opposed the development and it ended up garnering hundreds of signatures.

Some of the concerns raised by residents included increased traffic and the loss of green space.

“While we appreciate that there is a heritage home on this property, and that its restoration and adaptive reuse is important, we also demand that Town Staff and Council consider the integrity of the park, the safety and comfort of the residents of the immediate neighbourhood and the best interests of all residents of Milton,” reads the petition page on Change.org.

“A three-storey office building does not belong on this property.”

In Sept. 2017, a motion was passed at a meeting by the Town’s Committee of the Whole opposing the proposed building in the middle of Sunny Mount Park.

The Town of Milton also ended up heading to the Ontario Municipal Board (OMB) to fight the development of the building.

In 2019, Milton Council concluded that the Town would not be taking any action to acquire the property at 155 Ruhl Drive, adjacent to Sunny Mount Park.

Currently, the heritage house remains vacant and “abandoned,” which is why many Miltonians have labelled it as one of the Town’s “haunted” buildings.