The Day That Mississauga Had a True "Black Friday"

It was on February 20, 1959, a day that became known as "black Friday" in Canada, that a sudden and unexpected announcement from the nation's capital shocked the many thousands of workers at an aerospace plant in Peel Region. 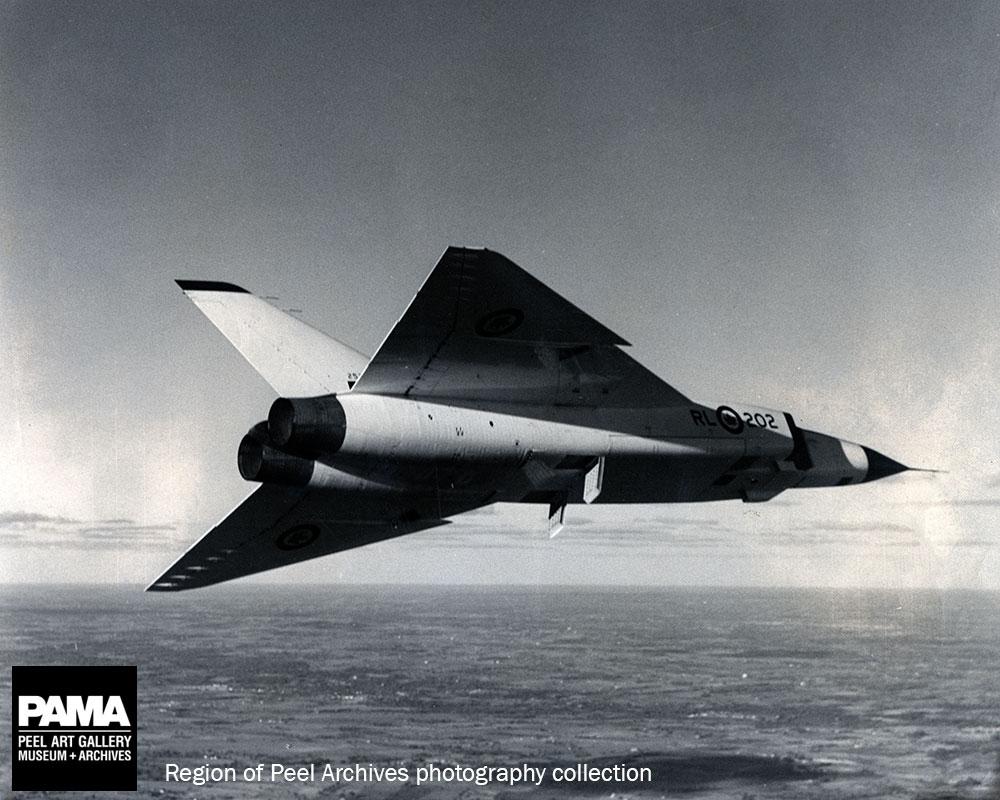 The advanced plane, called the AVRO Arrow, featured swept-back wings and a needle-nosed cockpit.  In 1958, Peel residents watched with wonder as the first Arrow thundered above their farms, breaking the sound barrier by flying at about 1,225 km/hour (764 miles/hour). More than 14,500 men and women worked in Malton on the Arrow.

Five Arrows were complete, with one in assembly, when the federal government abruptly cancelled the project.  Politics, world events and economics combined to change the Air Force's direction regarding defence. The government ordered the destruction of all planes, plans and parts. AVRO immediately laid-off 10,000 workers, leaving a large workforce unemployed.

Some of the innovative engineering behind the Arrow lived on. National Aeronautical Space Administration (NASA) immediately recruited a team of AVRO engineers.  They were vital to the success of NASA's manned space programs, including the Apollo missions to the moon. Many Canadians consider this 'brain drain' more significant than the loss of the plane.

Here is some original footage courtesy of the Peel Art Gallery, Museum and Archives from the unveiling of the Avro Arrow in 1957. 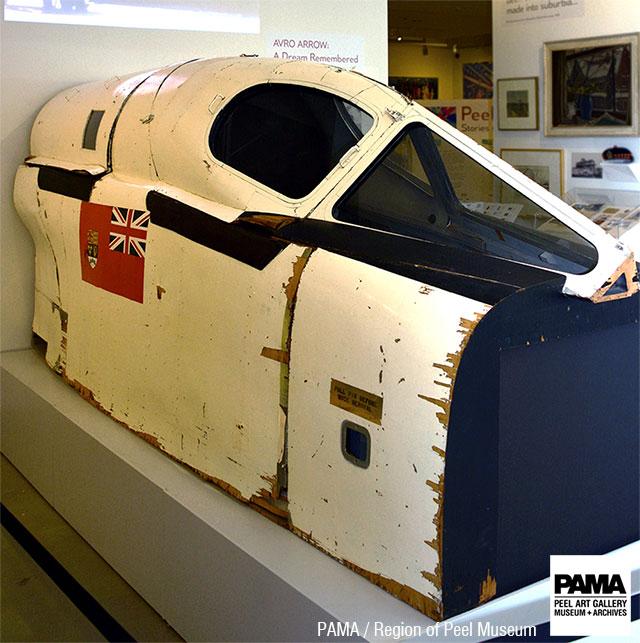 Image of the Avro Arrow cockpit mock-up which is part of the PAMA collection and was on display during the Peel 150 celebration exhibition in 2017.

Join the conversation about this historic date with Heritage Mississauga’s Matthew Wilkinson, engineer and former Avro Arrow employee James Claude Sherwood, and more. This event is included with the cost of PAMA admission and registration is required. Reserve your spot now.

Story and images courtesy of PAMA

5 unbuilt projects that could have changed...
Top 5 Chicken on the Rocks in Mississauga
Five fun things to do this weekend that are...
Top 5 chicken sandwiches in Mississauga
5 fun ways to make the most out of your...
END_OF_DOCUMENT_TOKEN_TO_BE_REPLACED

A new BBQ restaurant just opened up in Mississauga
The food scene in Mississauga is always evolving so foodies might be happy to hear that a new Pakistani and Indian restaurant is now open here in the city.
END_OF_DOCUMENT_TOKEN_TO_BE_REPLACED