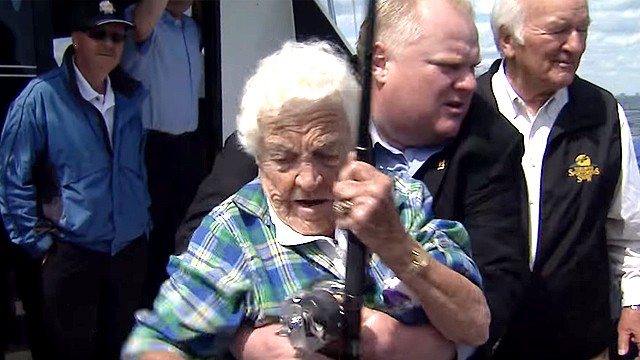 There’s no question that Ford was one of the country’s most notorious politicians. He was only mayor for one term (he was sidelined by the cancer that eventually took his life in the lead up to the 2014 municipal election), but his controversial reign was nothing if not memorable.

Although his supporters will remember him as the man who did his best to return every phone call and represent the oft-ignored working stiff everyman, Toronto — and the world — might remember him as the troubled mayor who abused alcohol, smoked crack and shocked onlookers with his outrageous comments and abrasive bluster.

Toronto—perhaps Canada in general — had never experienced a mayor like Ford. But, like all troubled people dancing with demons, he had his positive attributes. We all must give credit where credit is due and the colourful former mayor can be happily credited with possibly saving the life of Sauga’s iconic former mayor Hazel McCallion.

Back in 2013, Ford kept the petite, then 92-year-old mayor from going overboard during the Great Ontario Salmon Derby.

According to an article in The Star, McCallion was saved by the burly Toronto mayor while fighting with a particular wily fish. Ford apparently held the strong but delicate McCallion in a bear hug or “an old-time football tackle” while she struggled to reel in a 16-pound Chinook salmon.

“Rob Ford and all the folks were behind me watching me pull this fish in, and Rob Ford grabbed me, and thank God he did. I wouldn’t have gone overboard, but I really was pulled right to the edge of the boat,” McCallion said, as reported by The Star.

In the aftermath of Ford’s untimely death, it’s good to focus on the times he, meaning to or not, made us smile.

(Check out the video below) 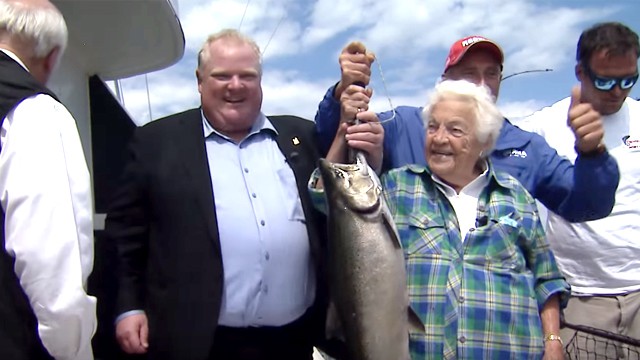