The City of Mississauga’s workforce is not diverse enough: Report 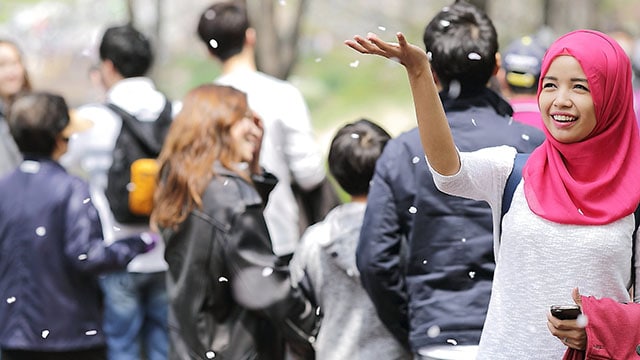 The City of Mississauga has begun a process to take a hard, critical look at the makeup of city staff and the organization’s hiring practices.

The results of the initial step in the process, a diversity and inclusion survey of City staffers was presented to Mississauga councillors at the most recent general committee meeting. There were several, at times conflicting, highlights in the report.

“Overall, the survey results provide us with a clear picture of the demographic makeup of our employees, as well as how they experience the corporation and our commitment to diversity and inclusion,” said Robert Trewartha, the city’s director of strategic initiatives, at the outset of his presentation.

“The numbers show us where we are doing well and where we have some work to do. We must embrace the good and the bad.”

According to the survey, the city has a representative gender split, when compared to the 2016 city census results, although women are under-represented in leadership positions. Half of the respondents to the survey identified as men while 45 per cent identified as women. At the leadership level, however, men occupy 55.6 per cent of the positions. There is a greater gender balance among employees identified as high-potential, 50.6 to 46.2 per cent.

Where the makeup of city employees skews from Mississauga demographics is in racial identity and ethnicity. Nearly 60 per cent of city employees identify as white, while the city at large is about 42 per cent white. The largest ethnic group at the City is those who identify as Indian/Pakistani/Sri Lankan/Indian-Caribbean at 13.3 per cent, well below the 28 per cent breakdown in the city at large. Other under-represented ethnic groups are East/Southeast Asian (7.8 per cent representation vs. 10.7 city-wide), Black (5.4 per cent to 6.5 per cent) and West Asian/Middle Eastern (2.4 per cent to 6.7 per cent).

Mayor Bonnie Crombie was among those who expressed the most dismay with the study results.

“I was extremely disappointed in seeing the results, but of course this is a very necessary step for us as a city. It allows us to strive to be better. I think we’re all very concerned we aren’t where we should be,” she said. “How do we ensure that all people who are racialized, of every demographic, feel that they have access to the city and feel that they have an equal opportunity to apply and be successful?”

Trewartha emphasized that the data is just a starting point and what they do with it is the key to long-term success.

“I wouldn’t maybe classify the data as a ‘tough pill to swallow’ but it is definitely illuminating. Only through discomfort and disruption can we grow and change.”

All city staffers had an opportunity to complete the survey between October 16 and November 22. Trewartha said the survey will provide a baseline against which the city can measure efforts moving forward.

“Report has good news and bad news,” said Ward 7 councillor Dipika Damerla. “The good news is the city is well represented in the under-40 cohort. The problem is moving them into positions of decision making. The questions are timelines and how do we define success.”

City manager Paul Mitcham stressed that this is just the first step in the process of inclusivity and diversity.

“I’m optimistic. I’m looking forward to the future. We have a very significant commitment to equity, diversity and inclusion. It’s something that has been on our radar, but we’re at a point now where we’re taking action,” he said. “Today was just to present the report to council. Our next step is the action plan.”

Other councillors have similar concerns as the mayor.

“I share some of Mayor Crombie’s concerns in regards to the results of the survey,” said Ward 2’s Karen Ras. “I wonder if we’re missing more underlying systemic issues in the organization than we’re aware of. We don’t know what we don’t know.”

Ward 9’s Pat Saito agreed. “It’s good for us to be uncomfortable. I’m very pleased with getting the results, maybe not with the numbers we’re seeing.”

The report will be presented at a full council meeting with more specific timelines regarding action as well as an overall statement defining what success looks like at the end of the process.

The results of the survey are available online.