‘The Boys’ are filming in downtown Hamilton 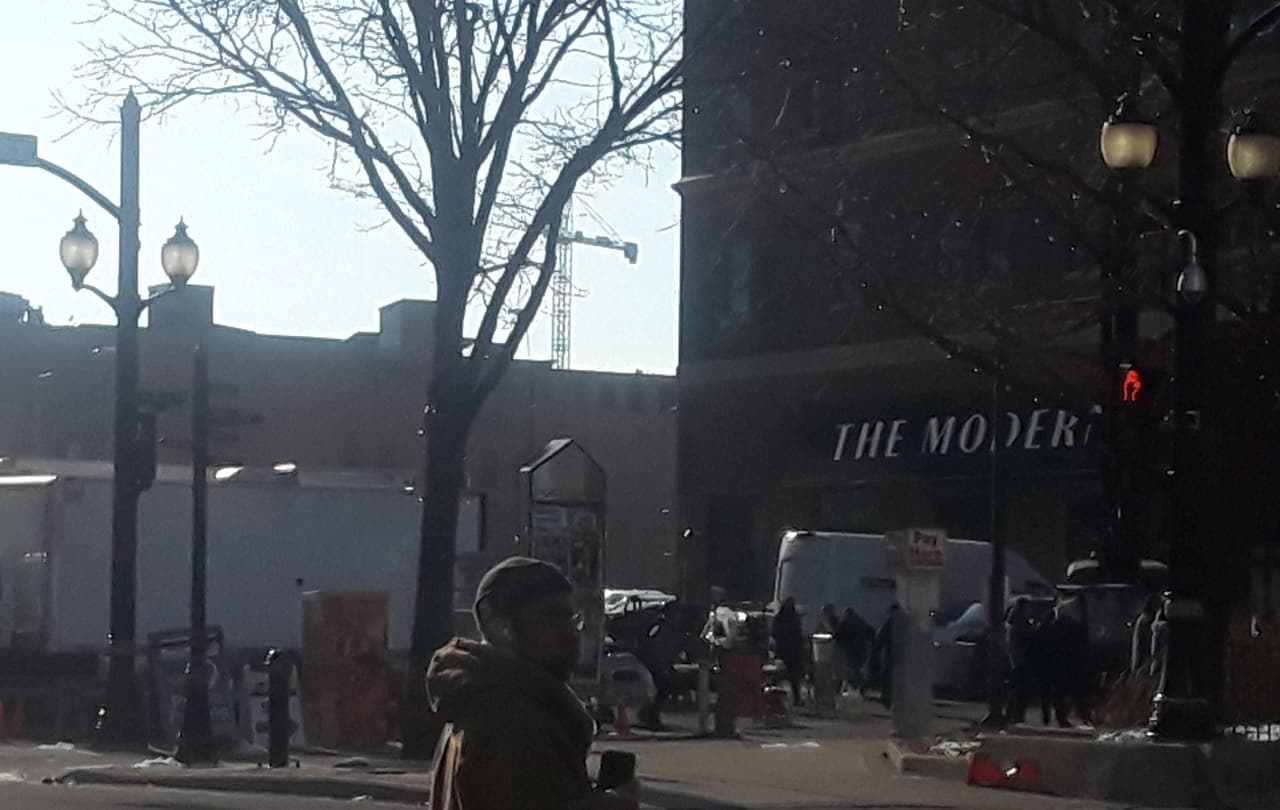 Hamilton is Homelander turf for the next little while, since The Boys are back in town.

The superhero television series created by Eric Kripke deals in some dark themes, but the bright sunlight on a crisp, clear Monday was perhaps ideal for filming to begin on the next season of the Amazon Studios hit. Production trucks, prop vehicles, camera rigs and crew members lined a stretch of King St. E., from Catharine St. to Gore Park, that will stand in for New York City.

A fakey McDonalds ad advertised a Homelander burger, named after the character played by Antony Starr who leads the Seven, the corrupted group of superheroes. Posters of three main characters were also displayed in Gore Park.

The awning at the Royal Connaught residences, which is often a go-to for film and TV productions, is standing in for downtown NYC this week. It reads “3301 Park Avenue,” and American flags have put in place. Security on both sides of King St. were on high alert for the sight of a smartphone that might be used to cadge photographic proof of the shoot. 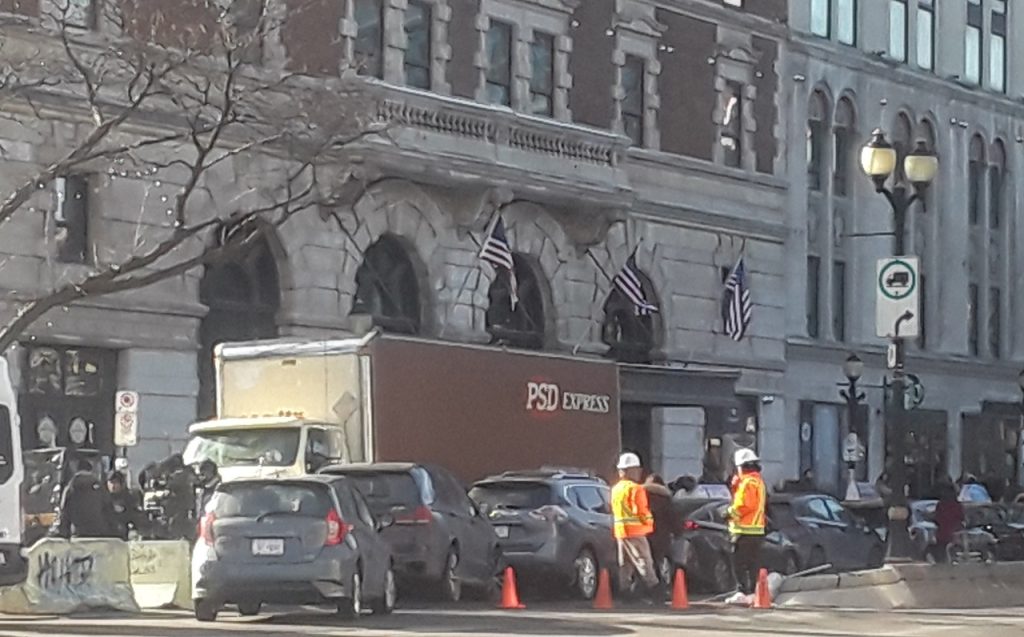 The Boys has been mostly filmed in Hamilton, Mississauga, and Toronto across its first three seasons. Since debuting on the Amazon Prime streaming series in 2019, it has earned six Emmy Award nominations, including one for best drama series. It also has an 85 per cent positive rating on the Rotten Tomatoes review aggregator site.

Canadian actor-writer Seth Rogen is listed as one of The Boys‘ executive producers, and so is his longtime writing partner and collaborator Evan Goldberg. The pair’s credits include co-directing and co-writing the 2013 apocalypse comedy This Is The End, where Brampton-born actor Michael Cera played an exaggerated version of himself. They also co-wrote the 2007 comedy classic Superbad, which was Cera’s breakout film role after his turn in the first run of the Arrested Development comedy series.

Goldberg was also an executive producer on Jay Baruchel’s 2017 hockey movie, Goon: The Last of the Enforcers. The Corktown Pub at 175 Young St. in Hamilton was used for scenes in that movie.