The Best Open Mics in Mississauga 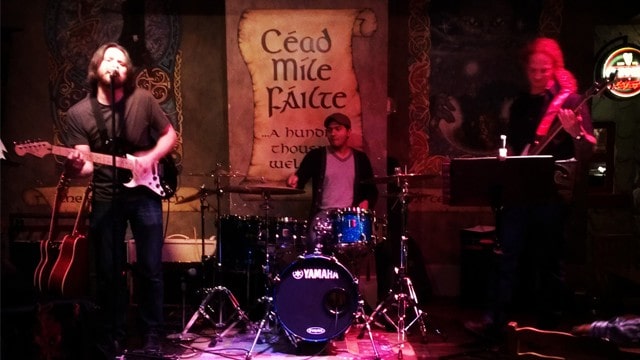 So, you want to hone your skills, get over your fears or just try out new material? There is no better place to do that in Mississauga than an Open Mic.

Open Mic – An open mic is a live show where audience members may perform at the microphone. Usually, the performers sign up in advance for a time slot with the host. These events are typically focused on performance arts like spoken word, music, beat boxing and comedy.

Here are the best open mics in Mississauga:

Where: Cuchulainn’s Irish Pub
Day:  Tuesdays from 9pm to 1am
Host: Matt Zaddy
Open Mic for: Music, Spoken word, Beat Boxing, Comedy
Admission: Free
The longest running open mic in Mississauga is at Cuchulainn’s Irish Pub in the heart of Streetsville. The Open Mic is run by Matt Zaddy, who makes two appearances on this list. This open mic has been running for the past three years and is not slowing down at all.

Where: The Bristol
Day:  Wednesday from 9pm to 1am
Host: David O’Hearn
Open Mic for: Music, Spoken word, Beat Boxing, Comedy
Admission: Free
Located just south of the Heartland area is a good ol’ neighborhood bar called The Bristol Bar and Grill. This open mic has been going on for about a year now and is gaining popularity.

Where: Failte
Day:  Thursday from 9pm to 1am
Host: Matt Zaddy
Open Mic for: Music, Spoken word, Beat Boxing, Comedy
Admission: Free
The newest open mic on the block is at Failte and it’s run by the man who has the longest running open mic in Mississauga, so I like its chances of sticking around. Matt Zaddy runs this open mic and it has seen some awesome crowds and talent over the past two months. Failte is a great place to perform and watch live music while enjoying wings and a pint.

Where: Spice Lounge
Day:  Wednesday from 9pm to 2am
Host: Kirt Godwin
Open Mic for: Music, Spoken word, Beat Boxing, Comedy
Admission: Free
Spice Lounge is located in the heart of Port Credit and  is probably one of the most stylish little lounges in the city. You can pair the musical experience with tapas in a dynamic setting with intimate seating, quaint alfresco dining and tall tables amidst the electric bar scene.

Where: Yuk Yuk’s Mississauga
Day:  Thursday at 8pm
Host: Various
Open Mic for: Comedy
Admission: $6
Yuk Yuk’s is located on Dixie just north of Eglinton. This one is only for comedians, so don’t start singing there or they might laugh at you (which I guess is the point!). This one is a bit different since a comedian has to sign up by phone on Monday and, if chosen, performs on Thursday. You can call on Tuesday to find out if you’re on the bill or not. They usually have a couple of walk-on spots, but a spot isn’t guaranteed unless a booked comedian cancels or doesn’t show.  Call to sign up and find out if you made the bill: (416) 967-6431 x488 x489.