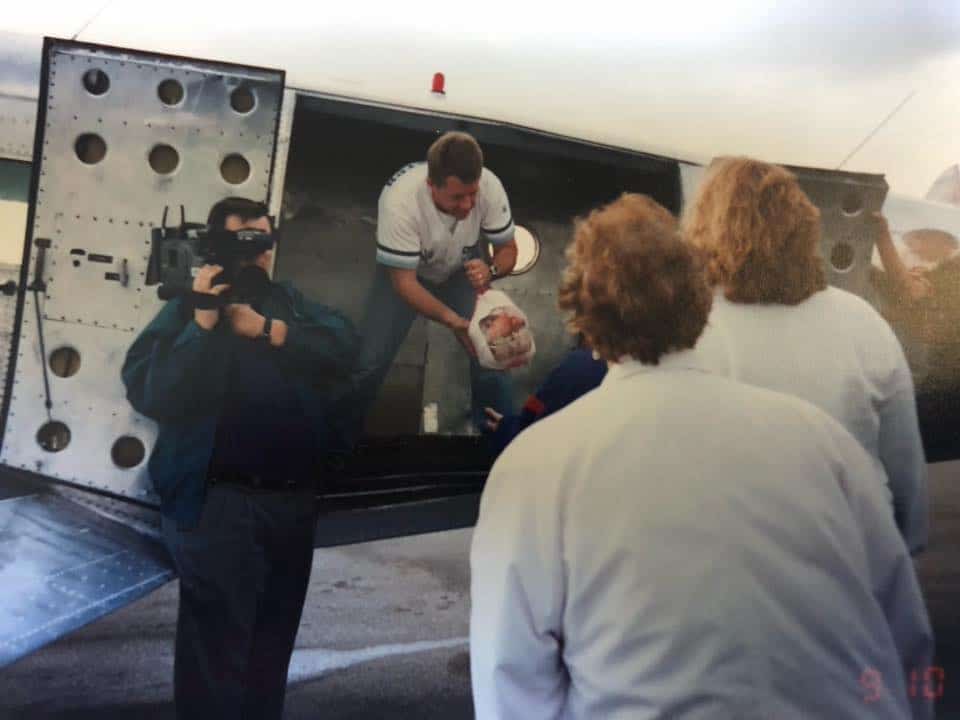 Today marks 22 years since Durham radio station DJ Terry Johnston’s famed Turkey Drop marketing scheme, which saw the radio personality – who is still on the air with CKDO – ‘drop’ a plane load of frozen turkeys to a large crowd of people.

The scheme was a riff on the legendary 1978 ‘Turkeys Away’ episode of WKRP when radio station owner Arthur Carlson’s publicity stunt goes horribly wrong when live turkeys – dropped from an airplane high above Cincinnati – hit the ground “like wet cement,” prompting Carlson to utter these famous pop culture words: “As God is my witness, I thought turkeys could fly.”

Johnston’s ‘stunt’ was not quite as daring as he dropped the frozen birds from a height of about six inches from a parked plane at the Oshawa Airport. Still, more than 400 people showed up at the airport and then-Oshawa Mayor Nancy Diamond fielded calls about the stunt all week from residents concerned about the poor turkeys.

Johnson, who also serves as the public address announcer for the Oshawa Generals, is a Whitby resident and winner of the 2020 Peter Perry Civic Award.