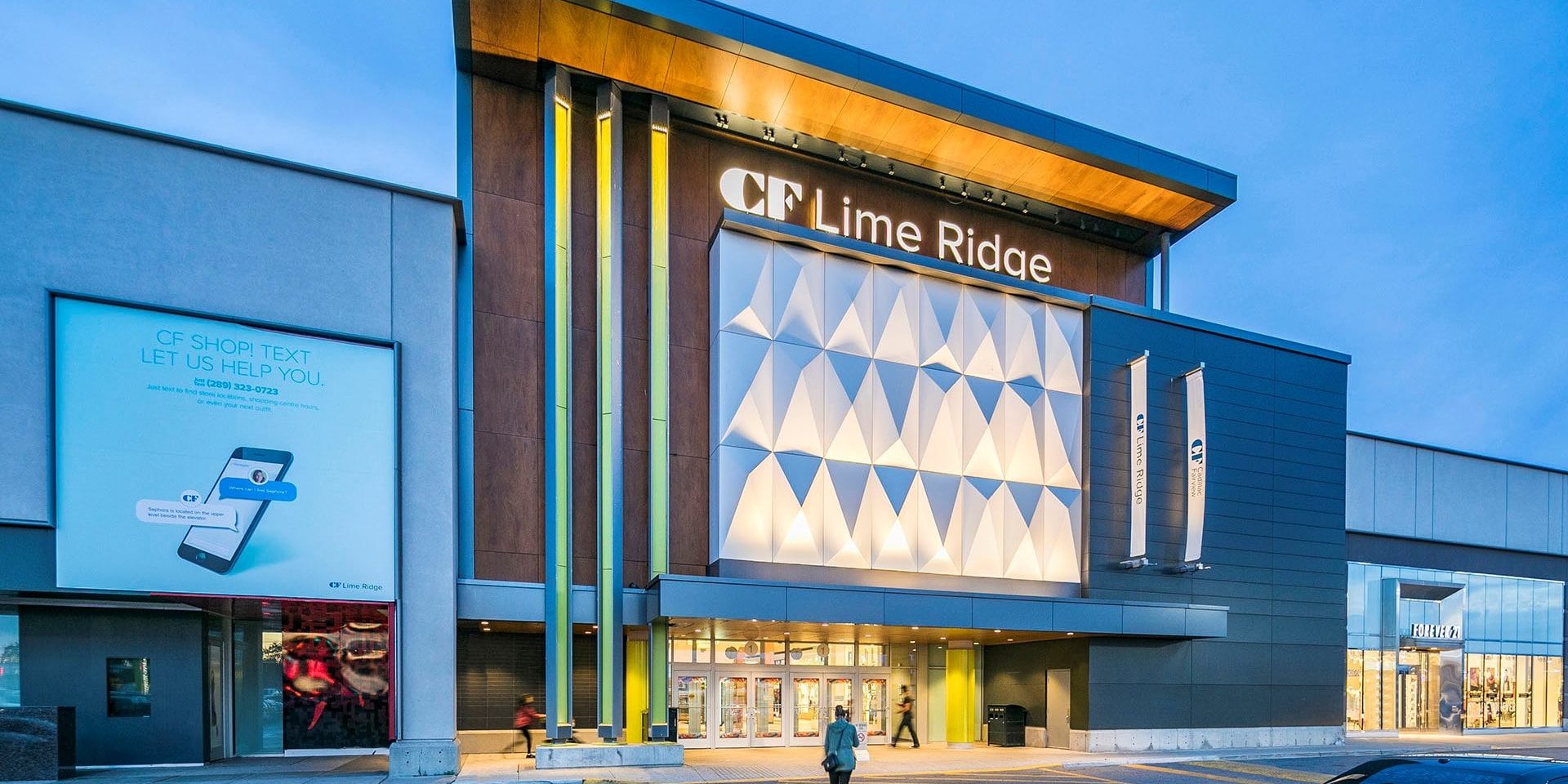 Tesla is looking to open its largest Canadian retail and service at CF Lime Ridge Mall in Hamilton. A letter of intent has already been issued. (Cadillac Fairview photo)

CF Lime Ridge Mall in Hamilton could soon be home to Tesla’s largest Canadian retail and service location. And they might be one minor variance permit away from getting their wish.

Tesla has already signed a non-binding letter of intent with Cadillac Fairview, Lime Ridge Mall’s parent company, for a 60,000-square-foot Tesla Center in the space previously occupied by The Bay’s Home Outfitters. 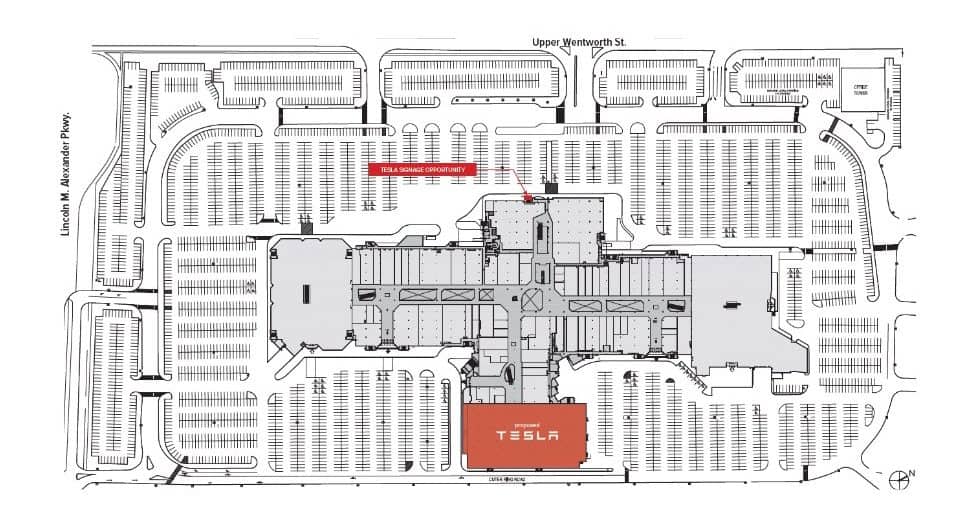 Tesla Canada’s Sr. Real Estate Manager, Kyle Mazzone, sent a letter to Michael Peiser, Cadillac Fairview’s Senior Director of Development on Dec. 2, 2022, stating the new centre would employ 50 people and operate Monday through Saturday from 8 a.m. to 7 p.m. and on Sundays from 11 a.m. to 6 p.m.

The centre will offer standard Tesla service work, according to Mazzone.

The service work at this location will be standard servicing of electric vehicles, including software updates, tire replacement, tire balancing, alignment, paint-less bolt on panel replacement and/or dent removal (only replacing doors or the rear hatch, no typical body work or painting will be performed), topping off of water and/or refrigerant to cool the battery, and an occasional battery replacement. Our batteries are completely enclosed and don’t give off any chemical vapors. When replaced, there are four points to uncouple the battery from the vehicle and then it is sent to one of our Remanufacturing locations for refurbishment.

The only hurdle for Tesla at this point appears to be the City of Hamilton. While Lime Ridge Mall is already zoned for a vehicle showroom, a permit variance is still required. 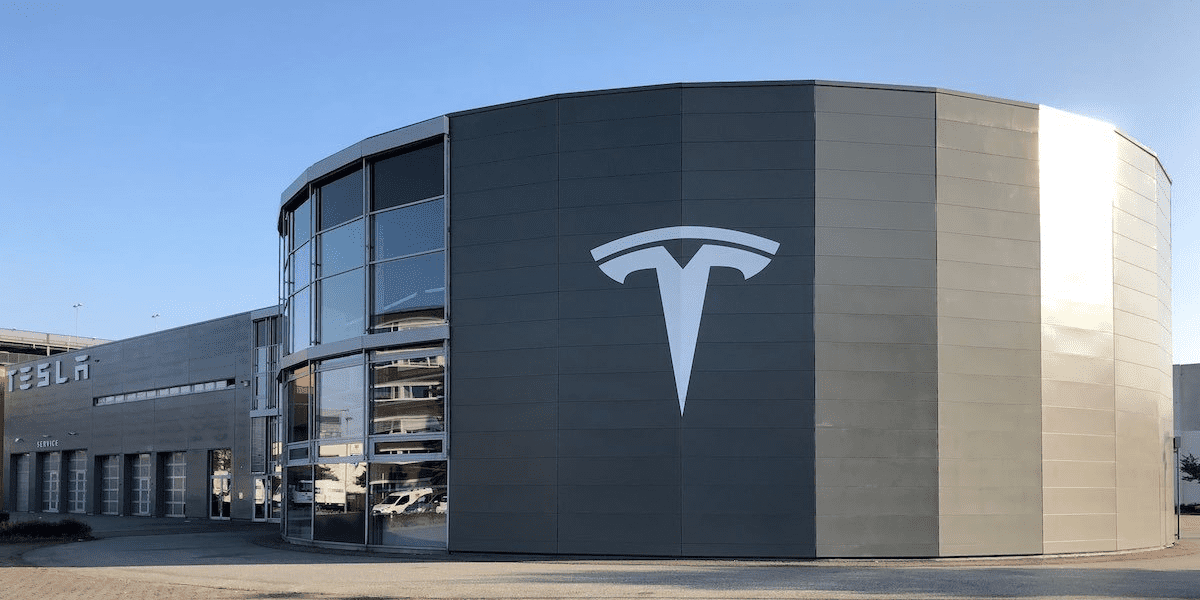 Because Tesla’s vehicles run solely on electricity, Mazzone highlighted its vehicles’ lack of hazardous on-site materials in his letter.

Tesla produces electric vehicles that solely use electricity and no gasoline. Tesla vehicles do not have internal combustion engines (ICE), thus vehicles do not have fuel tanks, use oil, exhaust systems, transmission or many of the other components that require the storage and use of hazardous materials on site or traditional vehicle

“The timing of the minor variance will be a major deciding factor of Tesla investment in Hamilton.”

Lime Ridge Mall is already home to a 20-stall Supercharger on the west side of the mall — opposite the proposed Tesla Centre. The nearest existing centre is in Oakville.

Tesla is also in the process of opening a 34-square-foot Sales, Service, and Delivery Center in Etobicoke.