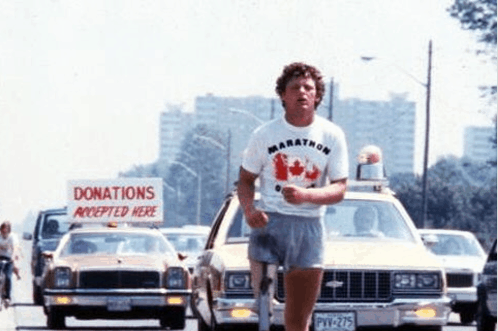 The big crowds, the BBQs, the official start times, and the camaraderie as people celebrated the legacy of Terry Fox were absent once again, but his sprit – and the annual run for charity he inspired – lived on once again Sunday.

The Terry Fox Run, a certified annual institution in Canada that has now gone global, went off – pandemic be damned – yesterday in more than 650 communities around the country.

In Durham Region there were nine separate runs with nearly 700 runners taking part, raising upwards of $171,000.

All funds raised go to the Terry Fox Foundation, which disperses the funds to a number of different charities.

The Terry Fox Run is done each year in memory of Fox, a runner and basketball player who had his right leg amputated at 19 after being diagnosed with osteosarcoma. Three years later he began his Marathon of Hope, with the goal of running a marathon a day on an artificial leg across Canada to raise money for cancer research.

The run began in St. John’s NFLD in March with little fanfare but by the time Fox reached Ontario he was a bonafide celebrity with thousands coming out to see him run/hop each day.

He was forced to abandon his run in September just west of Thunder Bay when the cancer returned, and Terry Fox died nine months later.

The Terry Fox Run has raised more than $750 million in his honour since then.