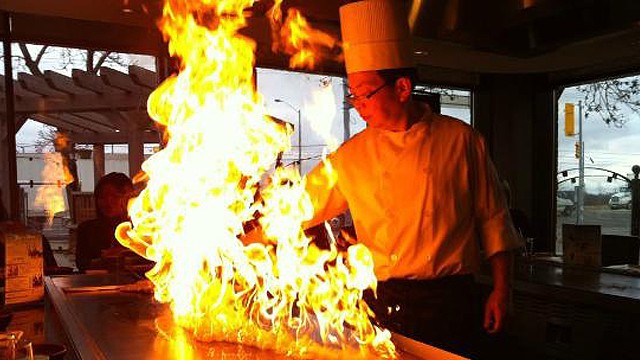 There aren’t many choices for Japanese Teppanyaki (as seen above) in Mississauga and now there is one less as Tako Sushi has closed down effective January 14, 2015.

There was a nice letter that greeted us at the door from the landlord and without getting into details it pretty much said “You didn’t pay your rent!”

As mentioned above there weren’t many choices for teppanyaki in Mississauga so Tako Sushi was a place people in Mississauga always considered when thinking of a Japanese restaurant.

Opening in 2010 Tako Sushi had a lot of promise and even made the insauga.com top 5 Japanese restaurants a couple of years back but falling off.