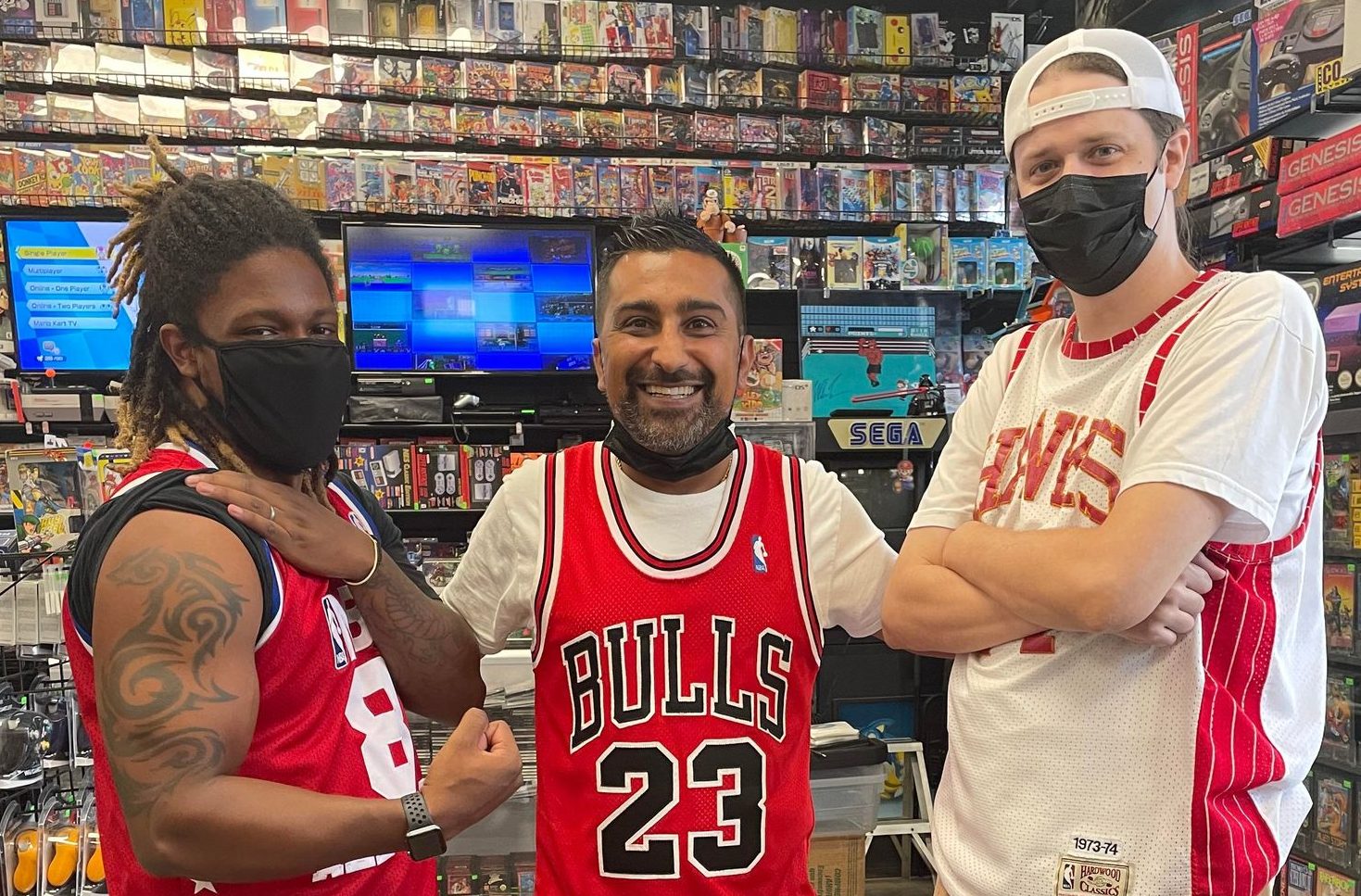 Kamal Lalli, centre, known as Mr. Gamez, celebrates the ten year anniversary of his store We Got Gamez.

Sometimes dreams do come true. Just ask Kamal Lalli, owner of We Got Gamez in Ajax who has been living his dream for the past 10 years.

Lalli is one entrepreneur who put his passion ahead of a high-end lifestyle and the result has led him to become the owner of one of the largest video game operations in Durham Region, if not all of Canada.

As We Got Gamez celebrates its 10th anniversary this month, Lalli, affectionately known as Mr. Gamez, credits the store’s longevity to the community of workers and customers he’s built over the last decade.

“My inventory will destroy everyone out there,” he said about sporting one of the largest collections of retro video games in the country. “But it’s because of the community. If I don’t have the support from the community, we wouldn’t be able to do this.”

Building this landmark wasn’t always Lalli’s plan. He played and collected games as a kid, filling his basement with a library to rival most stores. However, 15 years ago Lalli worked as a general manager for Extreme Fitness, a high-paying corporate position.

“I just wanted a big title. I had the fancy car, the fancy clothes, the big house,” he said of his time in corporate. “All I wanted was a CFO title, a VP of Sales. I never thought my calling would be in video games.”

However, his priorities changed when he started selling at the Pickering Flea Market, now Oshawa Market. “I created the store because I was going through a tough time in my personal life, getting divorced. I thought back to my childhood…with a Nintendo.”

“I fell in love with it. When I was a kid, I always loved video games,” he said, “Instead of being excited about my corporate job that paid a lot of money, I was more excited about doing the Pickering Flea Market two days a week.”

Then he decided to dream a little bigger. Lalli left his high-paying job to sell games full-time.

His family thought he was crazy for leaving a good job to sell second-hand items. It was a concept they had a difficult time embracing.

Still, using the experience he gained at the flea market, Lalli launched We Got Gamez at a small location.

Five days after signing the lease, Lalli was offered a big promotion at his job, one that he previously desired. “It was big money,” he said.

Describing a discussion with his parents and his now-wife, Samantha, Lalli said his father had very blunt advice about changing careers.

“’You idiot, are you turning down that kind of money?’” Lalli said, adding that his father thought he had lost his mind. “It was such a foreign concept to him.”

Samantha and his mother shared kinder words, emboldening Lalli to make the leap into the store. “I trust you implicitly,” Samantha told him. “You got us this far.”

He soon settled in the 619 Kingston Rd. plaza he’s called call home ever since. A week after the store opened, he and Samantha were married.

However, opening his own store presented a new set of problems.

He previously paid the rent for his booth and was done, but with a storefront came rent, insurance, hydro and the need to market himself. “You wear many different hats, and you learn.”

The beginning, as for most new ventures, was difficult on Lalli. “Ten years ago, I was pulling out my hair.” On his second day open, he made no sales. He was so upset, “I blanked and got a ticket. I ran a red light I was so distraught,” he said.

However, the hard work began to pay off, allowing Lalli to build a customer base and take bigger risks on inventory. “Because of the support, it allows us to go on a bigger level. When I was at the flea market, I was always apprehensive of getting games over $100, because I just thought, ‘Ah, people wouldn’t buy them,’ Now two, three weeks ago I sold a game for $20,000.”

The game, ClayFighter: Sculptor’s Cut for the Nintendo 64, is an incredibly rare rental-only Blockbuster exclusive limited to 20,000 copies. It is often considered a Holy Grail for video game collectors, despite crushingly negative reviews, illustrating the depth of Lalli’s collection.

The following gallery highlights the shop and some of Lalli’s stock. The story continues below. 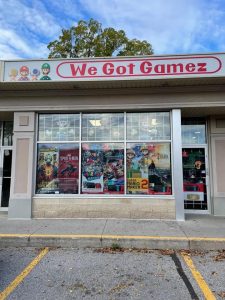 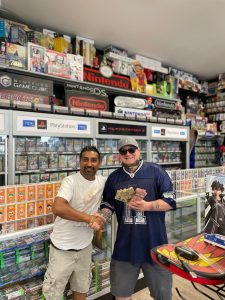 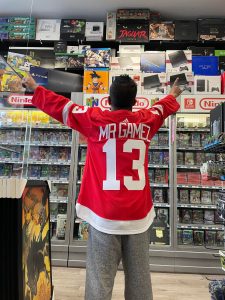 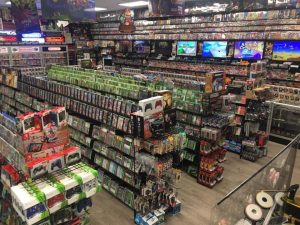 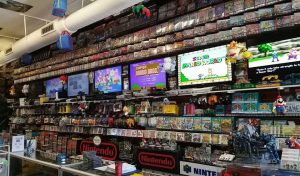 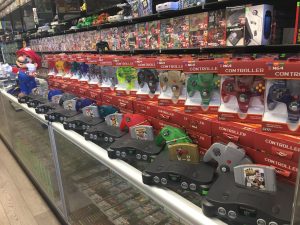 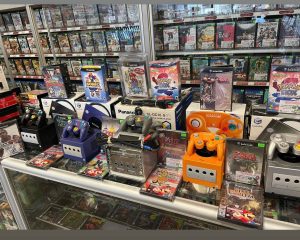 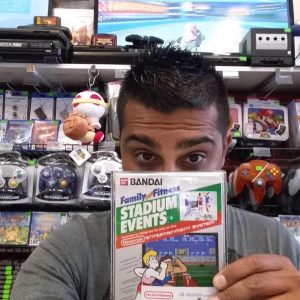 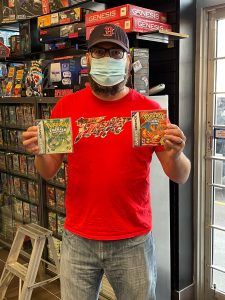 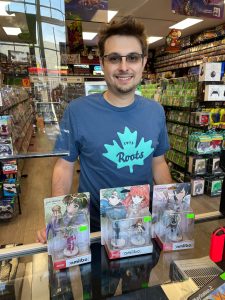 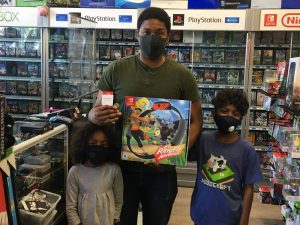 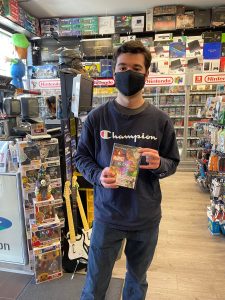 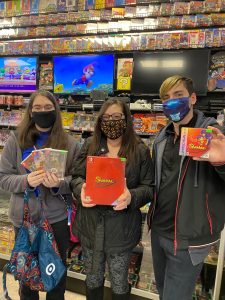 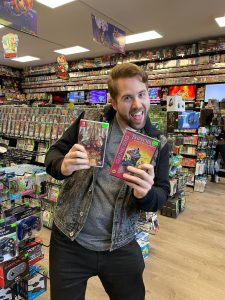 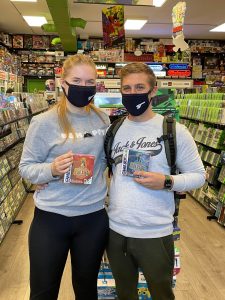 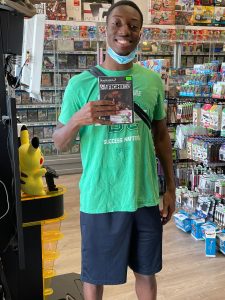 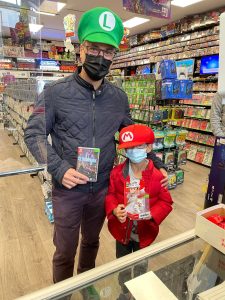 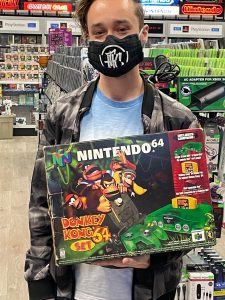 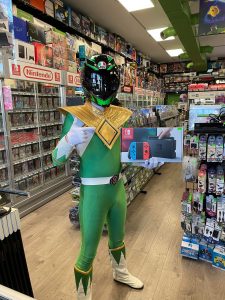 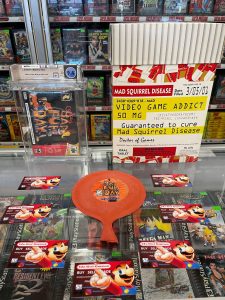 As his Ajax location continued to grow, Lalli started dreaming bigger again. Through a close friend, he acquired an existing game store in Mississauga’s Central Parkway Mall, remaking it into We Got Gamez second location in 2017. Continuing the dream, Lalli plans to move that location out of the mall and into a place of its own in the new year.

These expansion plans were somewhat derailed due the pandemic, but the Ajax store in particular remained busy. “During COVID, a lot of small businesses got wiped out. My stores survived and actually flourished,” he said. “We were fortunate. We did very well because my inventory speaks for itself.” The Mississauga location faced more difficulty due to being in a mall, since they were shuttered for months.

Again he credits the community support for getting through. “I’m humbled by the amount of people who actually asked me, ‘Are you OK?,’ like genuine concern,” he said.

The market changed a great deal over the decade and during the pandemic as well. “I’ve seen it grow. There are a lot of people that might have been casual gamers that appreciate it more, but I’ve seen people’s collecting interests change,” Lalli said. He has lost regulars due life’s constant changes, but “overall I’ve seen the market grow at a rapid rate.”

The store’s changed a lot, too. While Lalli was at first very protective of the store, almost fearing the hiring of help, he now has a team of four employees. And, his dream and hard work has again provided him with a comfortable living, one that he had thought he left behind when he departed the corporate world.

After all this time and all these challenges, to Lalli, nothing beats the moment a customer first walks into the store. “When people come in for the first time, I just watch their eyes, and they dance, like they don’t know where to look.”

His priority remains on giving those customers that rush of finding something they’ve long sought for their collection. “I don’t want to focus on just the dollar sum, there are things that don’t have the high dollar value, but they mean something.” He says he’s always looking to provide that nostalgic rush.

Despite continuing to work five or even seven days a week, Lalli says “It doesn’t feel like work. I still enjoy it.”

The most fulfilling aspect for Lalli remains the community and relationships he’s built, “I can’t believe in the blink of an eye 10 years has gone by, but it’s not the sales, it’s the relationships,” he said, “I’d be nothing without the following. It took me 10 years to really understand that.”

We Got Gamez is open every day in Ajax. All gamers are welcome, “whether you’re a hardcore collector or a casual gamer.”

Lalli’s still planning how he’ll celebrate his anniversary but something will be happening next week to be announced on the store’s social media. He’s eyeing another expansion, and continuing to dream bigger.