Teen Seriously Injured After Being Shot By Police in Mississauga Robbery 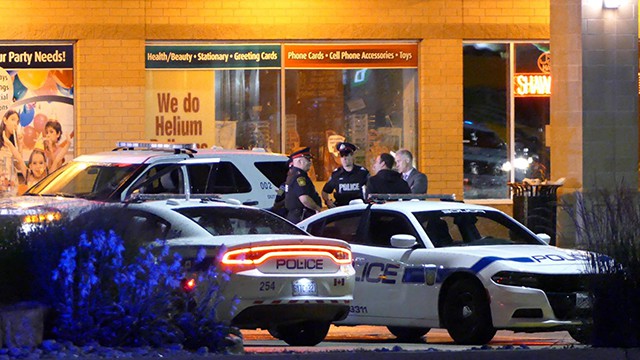 A 15-year-old boy is in hospital after he was shot by Peel police in connection with a robbery in Mississauga early Thursday, the Special Investigations Unit says.

Police were sent to a robbery call at a gas station in the plaza at Creditview Rd. and Britannia Rd. W. at 1:50 a.m.

Two of the young males fled in a grey vehicle before police arrived and a third teen tried to rob another business, said SIU spokesperson Jason Gennaro.

The teen also tried – but was unable – to enter three vehicles with people sitting inside.

Police arrived, finding the boy outside of the bank in the plaza.

There was an interaction and one police officer discharged a firearm.

The teen was rushed to hospital where’s he currently in serious but stable condition.

The plaza at Creditview and Britannia will be closed for several hours for the investigation, Gennaro said at 8:25 a.m., and all businesses are affected.

The SIU is asking anyone with information to contact the lead investigator at 1-800-787-8529. and to upload video evidence through the SIU website.