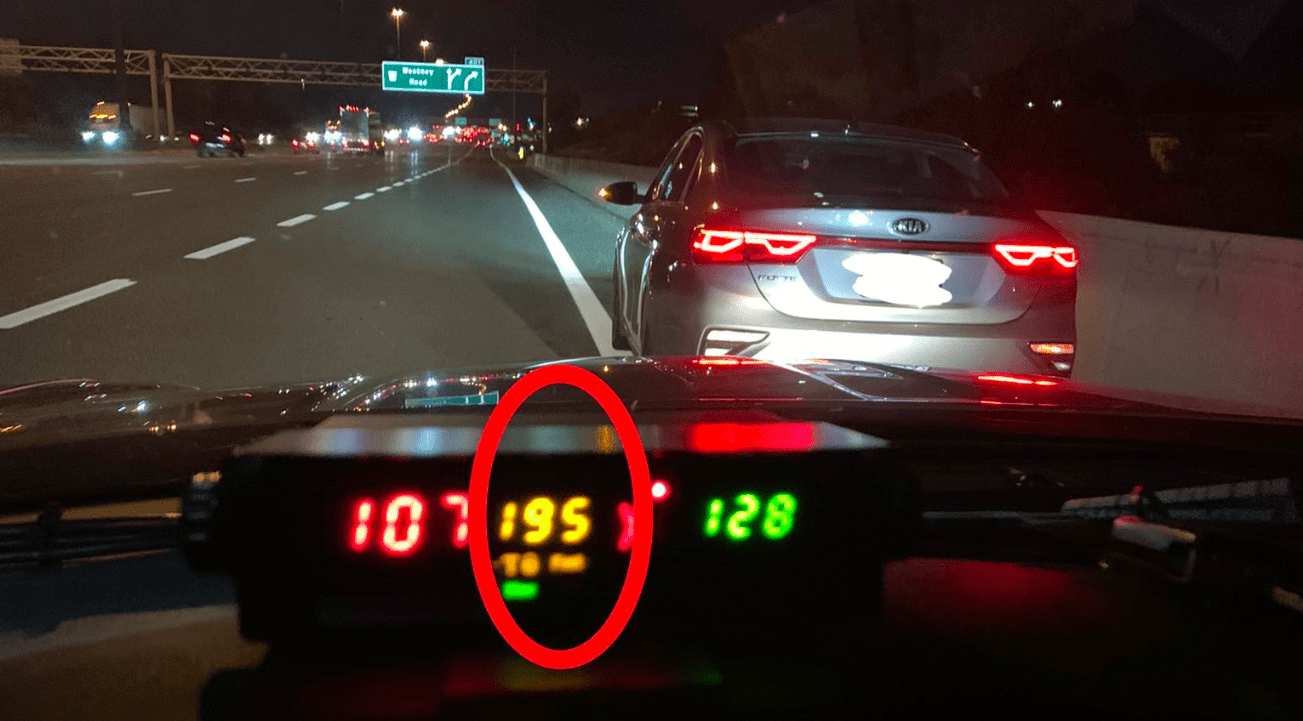 A teenaged driver is off the road for the next while after he got his mother’s car impounded and his licence suspended for flying through Ajax traffic at 195 km/h.

The driver, 19, was pulled over in his mom’s car on Hwy 401 just before he reached the Westney Rd off-ramp. Durham Region police clocked him driving at 195 km/h.

According to police, the driver pleaded with officers for a lesser charge saying, “his mum’s car couldn’t do 200 km/hr.” DRPS reports not only was the driver speeding at nearly twice the limit, he was weaving in and out of traffic as he did so.

While Durham police did not share the specific charges levied on the driver, speeding  50 km/h over the speed limit automatically nets drivers a stunt driving charge.

If convicted the driver is liable for a fine between $2,000 and $10,000, up to six month in jail, a mandatory training course, a a to 3 year license suspension and 6 demerit points for a first offense.

When a driver is charged with stunt driving the car is automatically impounded for 14 days and the driver’s license is suspended for 30 days.